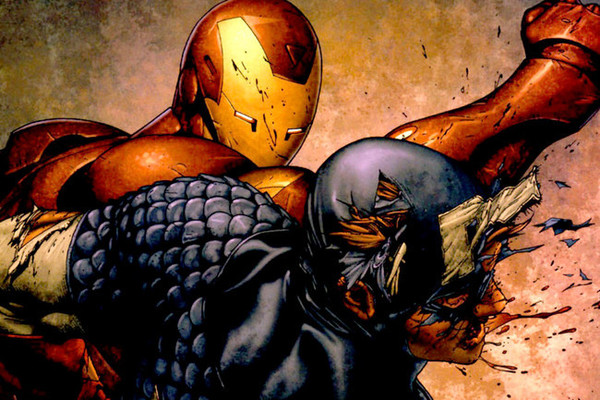 In case you didn’t notice, The Avengers was amazing. It feels unnecessary to take time to pat the fifth highest-grossing movie of all time on the back, but here we are.

Back in early 2012, I didn’t believe it could be done. Layering four storylines from five movies on top of each other, spinning them together into one single narrative is something that had never been done on the big screen. I came in expecting to see a little bit of a train wreck. Somehow it worked.

Looking back, we like to call what Marvel does “easy” and formulaic, but that’s really taking for granted the balancing act they keep pulling off. They stick the landing almost every time.

Maybe they just do it so well that it just looks easy from the outside. Maybe Kevin Feige is just that good. Or maybe we’re so busy enjoying ourselves that we forget how remarkable it is. After all, Sony, Fox, Universal and Warner Bros have all tried to build cinematic universes with few unqualified successes. So how does Marvel make it work?

While there’s an argument to be made that Iron Man and Incredible Hulk were only retrofitted to be a part of something larger, The Avengers represents careful planning that is obvious from 2010 forward. From Iron Man 2 through Thor and Captain America: The First Avenger to The Avengers, these four films make a cohesive narrative block takes you from the technology-based world of Tony Stark to a world where a Shakespearian Norwegian space-god could lead a hostile alien force against a thawed out WWII super-soldier to spite his brother who has a magic space-hammer.

It would be absurd if they started at The Avengers, but they took their time getting all the right pieces of marble together. They sketched out the model. Now it was time to chisel.

Despite the obvious choice, The Avengers doesn’t start with Tony Stark. After a quick bit of narration from The Other, the action starts with Nick Fury and SHIELD, who have no superpowers to speak of. They don’t know exactly what’s on the horizon, but they’ve seen what happened in New Mexico. They have the Tessearact. They don’t know what’s coming, but they’re preparing for whatever it could be. They just don’t realize the door is about to kicked open.

And when Loki steps through that door, he arrives in a teal and blue blaze of glory, “burdened with glorious purpose.” He defeats an armed response team like it’s nothing. He turns SHIELD’s best scientist against them, along with a future Avenger and several of SHIELD agents, leaving nothing but a crater where a covert military base used to be. Later Nick Fury would say that they were “hopelessly, hilariously outgunned.”

Amid the wreckage, Nick Fury’s lieutenants call for direction. “The Tessaract is with a hostile force” comes over the radio, as they begin to understand the gravity of the most powerful weapon on the planet falling into the hands of bulletproof maniac capable of controlling the minds of anyone he comes into contact with.

”As of right now, we are at war” Fury says. Phil Coulson, who is not only a SHIELD agent, but also the voice of the audience responds for us “what do we do?”

The music swells. The camera turns. Nick Fury knows. He has the answer. Smash cut to the title card: The Avengers.

But the Avengers don’t exist yet. The Avengers Initiative is just an idea.

Right now, the people who will one day make up the Avengers are just a collection of parts, scattered across the globe. The team that they will one day become will be greater than the sum of those parts, but right now they’re just that. Parts.

When I originally started to write this article, I called them puzzle pieces, but the more I thought about it, that’s really not a good analogy. Puzzle pieces are made to fit together. They interlock in a specific way and no other way. They’re ready as soon as you open the box. All you have to do is figure out the right spot and you’re done.

In The Avengers, our heroes aren’t even the Avengers when they are finally brought together.

Bruce Banner puts it best, although he doesn’t mean it as compliment. “We’re a chemical reaction” he says. And he’s right on the money. A chemical reaction can’t be undone. A chemical takes the elements, exchanges their energy, catalyzes them and produces a different substance on the other end.

And that’s the crucible of The Avengers.

Over the course of the movie, Joss Whedon takes our six heroes who shouldn’t even be in the same room together and changes them into something different and better. It starts as soon as they meet.

Black Widow, who’s just here out of a debt to Hawkeye, doesn’t just bring Bruce Banner she starts them both on their path back to the world. Bruce Banner, who’s there because he realizes he can’t stop hiding, finds a friend who speaks the same language in Tony Stark. In return, Tony is the first person in the world that welcomes not only Bruce but also the Hulk with open arms, encouraging Bruce to do the same. Together, Bruce and Tony drive Steve Rogers to question orders and move past the simple soldier he thinks he is.

It’s just too bad they accomplish all this self-improvement by beating the tar out of each other. In fact, the only two Avengers that don’t come to physical blows are the ones who really want to throw down. Tony and Steve’s relationship is the most volatile and most interesting.

True to form, Steve Rogers is there to fulfill his duty as Captain America. He’s seen what the Tesseract can do in the hands a tyrant and he can’t turn his back on that. He only knows Tony Stark through his relationship with Howard Stark, Tony’s father, and the public image of Iron Man. Captain America is a solemn figure there to win a war, so Tony with his disrespectful, unpredictable, independent behavior is a liability.

“You’re not the guy to make the sacrifice play” he says, as he stares Tony down. “You may not be a threat, but you better stop pretending to be a hero.”

And Tony doesn’t do himself any favors. Tony Stark shows up when he feels like it, grandstanding for attention as he hijacks a quinjet PA system to blast ACDC. When Steve confronts Tony, Tony reacts like a petulant teenager who’s just been told to hand over the keys to a car he paid for himself.

“Put on the suit” Steve says. He’d rather not wait for Loki fight Iron Man. At this point he’d rather take down Iron Man himself.

It’s no coincidence that the last scene where our heroes are all together before the climax is a scene where they are arguing like children. Right before Loki embarrasses them all yet again, the response team that is supposed to defend the earth is too busy snapping at each other’s throats.

You could cut them some slack and say they’re being manipulated by Loki’s scepter, but that doesn’t change the fact that everything they’re screaming at each other is absolutely true.

“We’re not a team… we’re a time bomb.” Bruce Banner scoffs as he’s driven to the point that he’s so sick of it all that he’s willing to expose these people to the unstoppable threat of the Hulk.

Between here and the climax, Captain America’s faith is challenged, the Iron Man armor is torn to shreds, the Hulk is unleashed on Bruce Banner’s allies, and Loki murders Phil Coulson just so Thor can watch.

When Tony Stark finally goes to confront Loki at Stark Tower, he goes there alone with nothing but defiance and hope. In return, Loki throws him out a skyscraper window like a piece of garbage. It’s a good thing JARVIS is there to catch him.

In a world that needs heroes to defend it, when the invasion starts there’s almost nothing there to stop it.

Iron Man does his best against the Chitauri while Thor takes his turn to plead with Loki. In return, Thor only gets stabbed in the back. Eventually Captain America arrives with Black Widow and Hawkeye too take their shot at Loki, but they crash and burn.

All our heroes can do is slow the Chitauri down as New York crumbles.

They fight their hardest, but the enemy keeps coming.

When Bruce Banner finally arrive, it’s the coolest shot in a movie that’s made of cool moments. Captain America welcomes the chaos that comes with the Hulk as Bruce Banner turns green on cue, serving up an opening for Iron Man to take down a Chitauri Leviathan.

They all stand there, back to back, as our heroes and the Chitauri realize that the tides are about to turn, And as Tony, the strongest will in the group cedes his independence, it can finally happen.

To quote Nick Fury, “the idea was to bring together a group of remarkable people, see if they could become something more. See if they could work together when we needed them to to fight the battles we never could.”

“Call it, Captain.” Now they’ve become something more. Now they’re working together. Now they can fight the battles we never could.

Come back next week when we talk about Iron Man 3.

Next post Mark Hamill: A Fan Of the WATCHMEN Film?