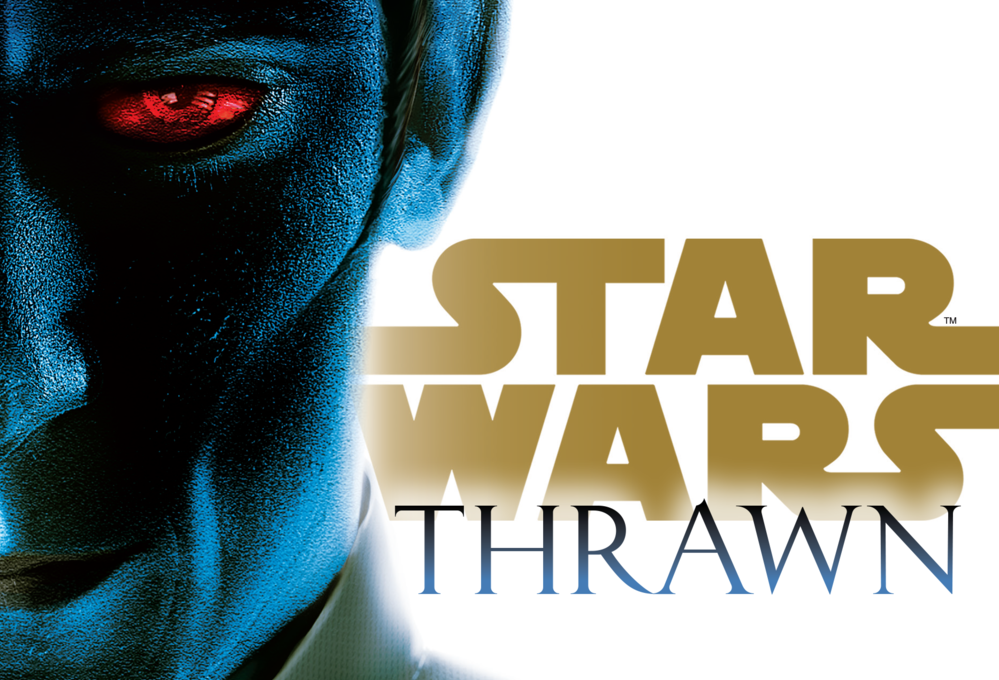 Star Wars: Thrawn is the first real introduction of a Star Wars Legends character into current canon mythos. That character being Mitth’raw’nuruodo, or Thrawn as he is called by most. Thrawn is a Chiss, a species that is part of the Unknown Regions territories in space. The species is rarely seen around the galaxy, and it is often thought they were a myth. This novel follows Thrawn’s introduction to the central worlds a couple of years after the Empire was formed in Revenge of the Sith. It serves as a prequel to the third season of Star Wars Rebels, introducing the characters of Arihnda Pryce, Grand Admiral Thrawn, and Commander Eli Vanto. Though Vanto is not present in Rebels, his character is a vital part of Thrawn’s plot line.

Thrawn would have been a character I would have had on my legends characters I want to be made canon if he had not already been introduced when I wrote my list. Timothy Zahn wrote his story in the Thrawn Trilogy and The Hand of Thrawn Duology extraordinarily well I thought, so I was excited to see him return to Star Wars to add a character he created to canon.

Plot wise, this follows Thrawn, Vanto and Pryce through five years of their lives. There’s not distinct jumps, like “3 months later” type jumps. But there are moments where statements are made from any character that says something like “we’ve been doing this for months”. It feels very Star Wars-eque, but also feels like a jumbled mess.

This is the first name based book (Tarkin, Ahsoka, Phasma, Thrawn), that serves as an introduction to more than just the titled character. Pryce is very much a main character in this novel like Thrawn, and it drives me just a little insane. It takes away from Thrawn’s journey, even though it makes sense. If you entitle a novel with a character’s name, you think it’ll be mainly about that character. And this one isn’t. Wookieepedia has Pryce listed as the ‘tritagonist’ of Star Wars: Thrawn and that’s a highly telling fact there. It throws the plot off, and can confuse the reader. You’re not supposed to judge a book by its cover, but most people do. And when the cover is the the titular character, and the title of the book is the name of a character, it can be confusing.

Despite the split on focus of characters, the threads of Star Wars: Thrawn really flow well together.  Seeing Thrawn and Vanto move through the Imperial Navy process is quite intriguing. Their perspective is also crucial to the timeline we’ve only seen from the Rebellion’s point of view previously. That’s what Star Wars has been utilizing most recently, certain points of view. Heck, they even entitled a book From A Certain Point Of View! Pryce’s story is good, but her character greatly annoys me. She stepped into all of these traps and trickeries, when they were highly noticeable. Thankfully, she learned from most of them. But she does intensive research in some areas, and yet she won’t do research in others. Her character felt like she contradicted herself several times over.

Character development wise, the biggest turn goes to Eli Vanto himself. To see him turn from a cadet wanting a shipping career, to a strategic commander of his own right, and then to the Imperial ambassador to the Chiss is quite something. He’s unsure of himself, and Thrawn helps build him up. Vanto turns into a commander of the capabilities Thrawn saw in him in their first meeting. His character is the most enjoyable in this story.

This definitely feels like Star Wars. The animated stories to be precise. It feels episodic in general, with different chapters covering shorter journeys, all leading to one big bad at the end of it. If it switches perspectives in the middle of a chapter, the cuts to the other character feel completely like a commercial break. It’s nice in that this was promoted originally as a prequel to the Star Wars: Rebels season 3, so it is relatable to the animated audience. There are some great space battles involved, real ones involving Thrawn’s greatest piece of character. Strategy.

Overall, this novel doesn’t feel like Zahn’s Legends work, you can definitely see the influences of other’s hands in this book. It’s a fairly average piece, that would have been better had the work been more focused on Thrawn himself. Thrawn remains a fairly stagnant character, learning bits of strategy. But for this novel to be one that was supposed to introduce his character, we didn’t learn much about him. We found there was more than meets the eye in Star Wars: Thrawn, and more secrets that have yet to be uncovered.