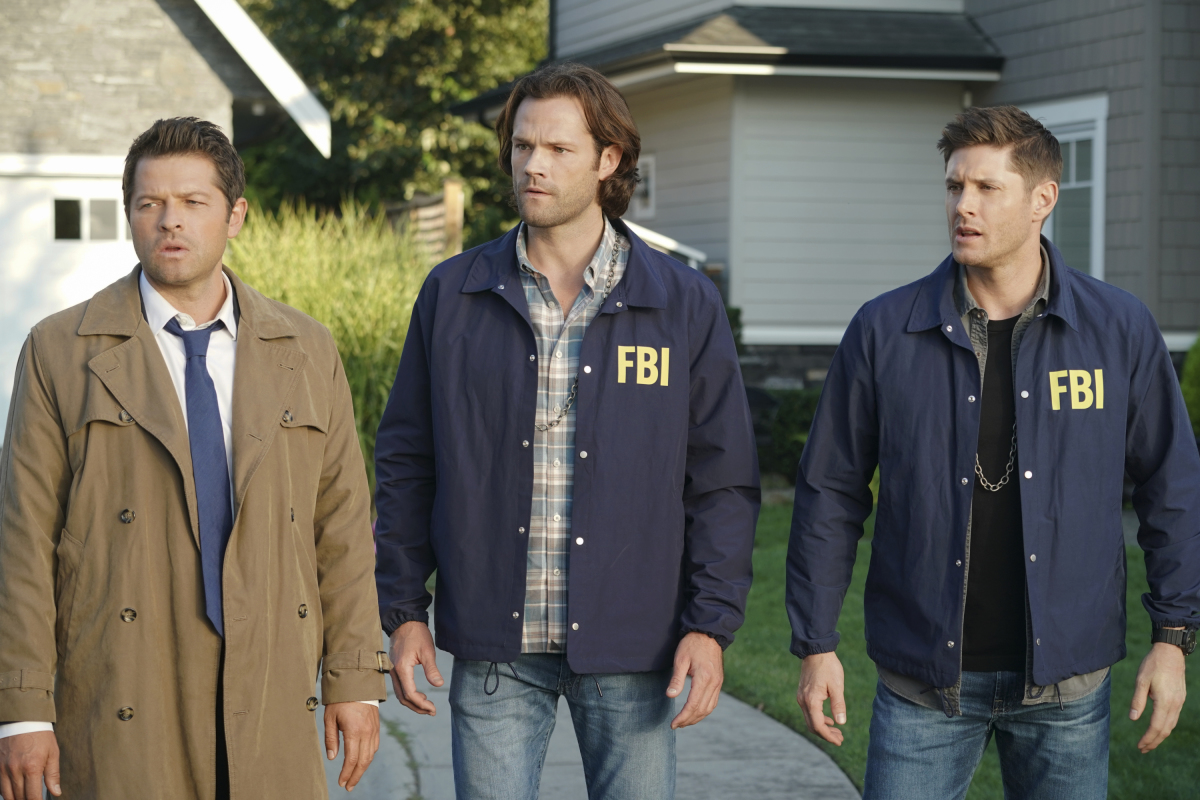 Going out in style! For all of our Supernatural coverage, click HERE for our Road To The Final Season series. For now, here’s the review for episode 2 of the fifteenth season of Supernatural, ‘Raising Hell’.

Sam, Dean and Castiel call on Rowena (guest star Ruth Connell) to help keep the evil souls at bay and get an unexpected assist from Ketch (guest star David Haydn-Jones).

Raising Hell picks up right after our season opener Back and To The Future. It’s a rare occurrence in Supernatural and the team takes advantage of it. The continuous storyline enables the plot to thicken more at the beginning of the season compared to the usually throughout the season Supernatural gives. It just goes to showcase how much is being planned for this 20 episode season.

Rowena and Ketch return for great surprise. I’m still not set on Rowena being a part of the good guys. She’s terrifying and clearly only in it for herself. But Ruth Connell is terrific and she’s brought an edge to the team. Her flirting with Haydn-Jones’ Ketch and their banter is a highlight of the episode. Just likes the ghosts this episode. Including Jack the Ripper was an awesome decision, he’s creepy and a great tie in to Rowena’s long life as a witch. I thought the ghosts played better by the fictional rules this episode as well. They did seem… off in Back and To The Future, though you could chalk that up to the new apocalypse god has created this go round.

Speaking of god, my desire for god’s sister Amara to return came true! Emily Swallow has played the top villain on Supernatural, so for her to return and return so well is by far a great sign. She’s exasperated with Chuck’s desires, and she does help us figure out Sam’s wound troubles in his shoulder go both ways. Alexander Calvert continues to surprise me in his new role as Belphegor, the snippy demon. I still want him to be Crowley so very very much, I just need Mark Sheppard to return this season along with Jim Beaver and I will have zero complaints to give the rest of this season. Ok, that’s probably a lie but still.

Overall, it’s a good episode. I will say, being used to previous seasons, I am jarred by the continuous storyline from the season premiere. The Winchesters are stagnant, but still the best boys around. They’re typically always on the move, so it’s just strange remaining in one town this early on.

Supernatural season 15 is airing on The CW Thursday nights at 9 pm eastern! Let us know what you think of the season premiere in the comments below, or on Twitter.