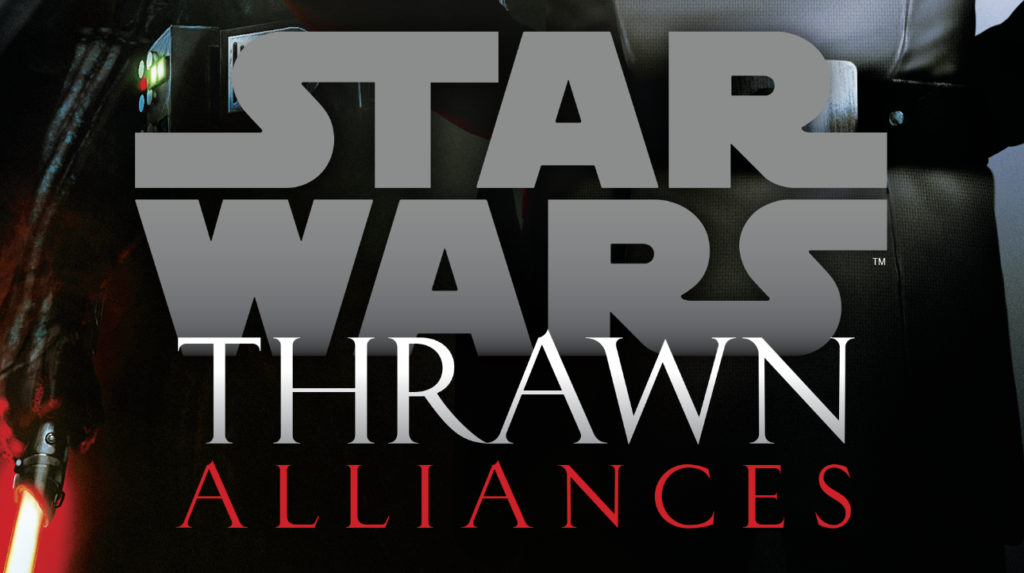 Thrawn: Alliances is the best of both worlds. Timothy Zahn combines movie characters that have been loved, with newer characters in one space and time, piecing together the final story over two timelines. This novel is a great piece of work, with flow only Zahn could have accomplished. In terms of main characters, there’s Anakin Skywalker, Padme Amidala, a young Thrawn, Darth Vader, an old Thrawn, and of course, characters introduced in Star Wars: Thrawn. A huge plus is the inclusion of another Star Wars: Legends character, a Noghri named Ruk. Both sides of the timeline are necessary, as there is difficulty

Anakin was a great character to utilize in this novel. He came across strong, and was a great mix of every media version we’ve seen, with The Clone Wars version shining brightest. Yes, they’re all the same character, but the versions are distinctive. The emotions between Padme and him are definitely most representative of their relationship in The Clone Wars. Thrawn: Alliances takes place after season five of The Clone Wars and before season six It’s currently unknown how long of a time period that exactly is, but it is probably about a year before Revenge of the Sith.

This novel also serves as the canon introduction of Batuu. Batuu is the planet showcased in the new Star Wars section of Disney parks, called Galaxy’s Edge. Alliances doesn’t have any over the top references to sell the park, so the introduction works well. Introducing the park also doesn’t take away from the intent of the book.

Alliances feels like a season of a Star Wars: The Clone Wars, with some slight variances. This book does traverse between two different time periods. One, before Revenge of the Sith, and the other roughly five years before A New Hope. The Clone Wars: Lost Missions could have easily encompassed the early time periods in this novel. It would have gone nicely with the different arcs that take place in the short season. Thrawn: Alliances switches the time periods much like The Last Shot does, but Alliances captures the switch more effectively than Last Shot does. Alliances weaves the plotlines together a little more thoroughly, and pulls the fluff out so it isn’t as convoluted. The space battles and strategy are all there, so it screams Star Wars and Thrawn with an utmost passion.

Zahn does an incredible job differentiating between younger and older Thrawn; not just in knowing more about technical items, but as well in the care he takes and the compassion he shows. The differences also open up paths for Thrawn’s development that can be seen looking back on Star Wars: Thrawn. Younger Thrawn is cautious, but duty overtakes him. It conflicts with his desire to have both duty and compassion in his career. That’s why he came to the Empire, was because duty ended up not being his first priority. Older Thrawn incorporates both,and what is right into his strategy. He’s able to work out such solutions to allow him both. This is why Zahn’s work has always resonated with me. He has always had such an emphasis on compassion as well as strategy.

Overall, Thrawn: Alliances is a much better chapter in Thrawn’s development as a character than in Star Wars: Thrawn. It’s missing the Lieutenant Commander Eli Vanto touch as he’s away with the Chiss Ascendancy. Alliances makes up for the loss of Vanto by bringing in known characters who accentuate the original characters portrayed in the book.

Next post Review: Star Wars: Thrawn – “A Legend Made Reality”