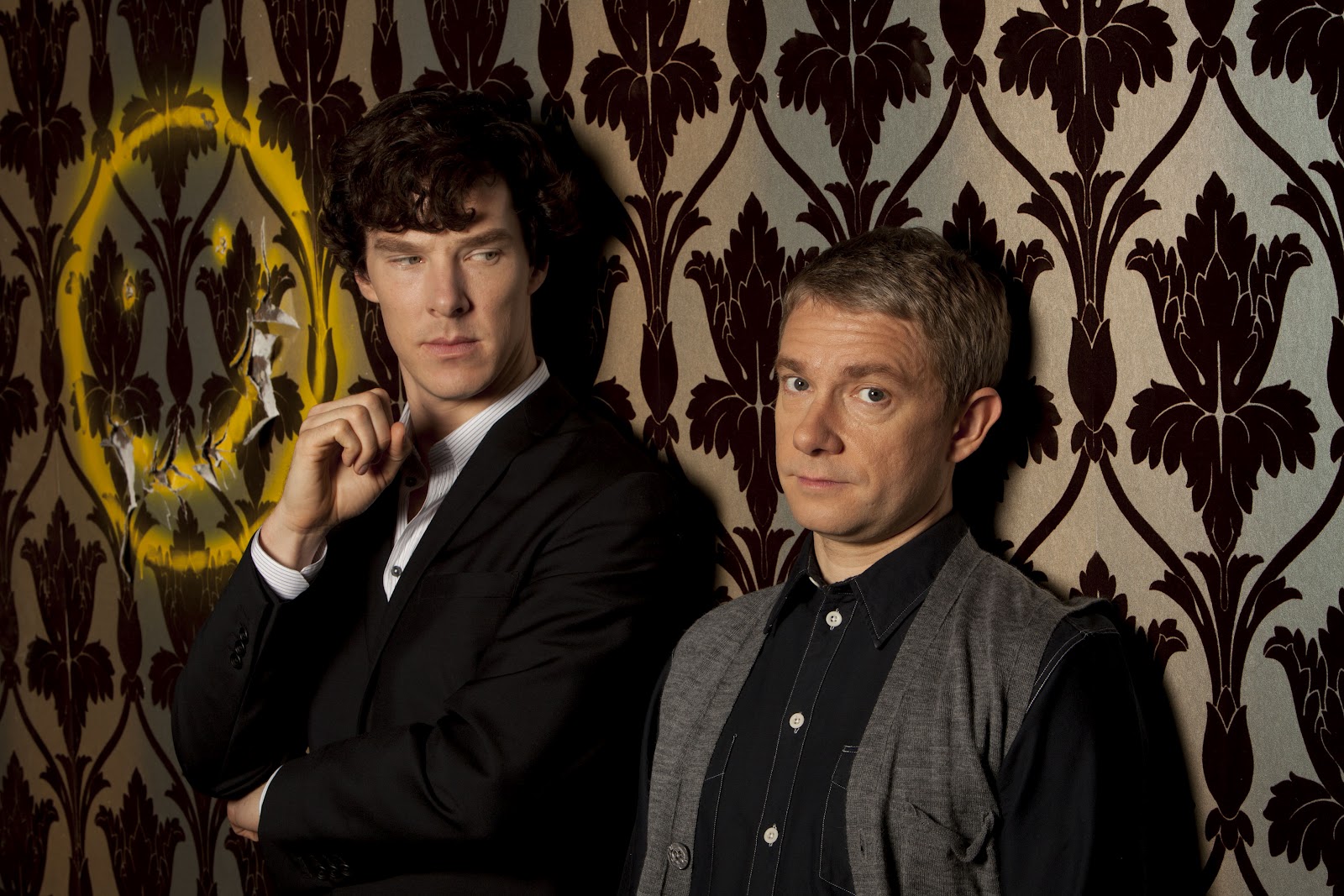 The BBC found themselves with a hit on their hands when they commissioned Sherlock to be made with then Doctor Who showrunnner Steven Moffat. He cast Benedict Cumberbatch and Martin Freeman in the roles of Sherlock and Watson, respectively.

They’ve been busy lately though. Both Cumberbatch and Freeman have roles in the MCU, and Steven Moffat having just left the TARDIS behind is developing a Dracula TV series with his Sherlock partner in crime Mark Gatiss. Schedules just aren’t lining up at the moment, and the actors know about as much as you do. When asked if there was a status update on Sherlock, Freeman said:

“No, no news actually. We’re definitely in a pause at the moment. But I know to Americans it feels like it’s all a pause.”

The show is popular all over the world, and since British television works differently than American TV does, Freeman was merely pointing out that difference. He continues to say he loves the show, but the break is a good thing:

“But no, I genuinely don’t know. I mean, I think after season 4, we all wanted to take a bit of time just away from the madness. People really want more Sherlock. I think that’s great. I really love that. But speaking for myself, I’d quite like to take a break from that for a while. Just that sort of…clamor. Which is lovely, cause people like your show, but it can feel quite pressured actually. Know what I mean? You’ve got obviously to surprise them, but if you surprise them too much they’ll hate you for it. It’s a tricky one. It’s a hard one, because there is so much expectation on that show, more than anything I’ve ever done. I’m happy to give it a rest for a while certainly.”

This isn’t a case of not finding money, or a star holding out or something. It sounds like everyone came to a mutual agreement to give it a rest, with every intention to come back later. Sometimes, that can be great for the creative process. There are shows that end because they run out of steam then are brought back because new ideas happen. Shows like The X-Files, Will and Grace, and Roseanne are all like that. Let’s just hope Sherlock fans don’t have to wait quite that long for Moffat, Cumberbatch and Freeman to reunite.

Previous post Liev Schreiber Drops Some Details on SPIDER-MAN: INTO THE SPIDERVERSE