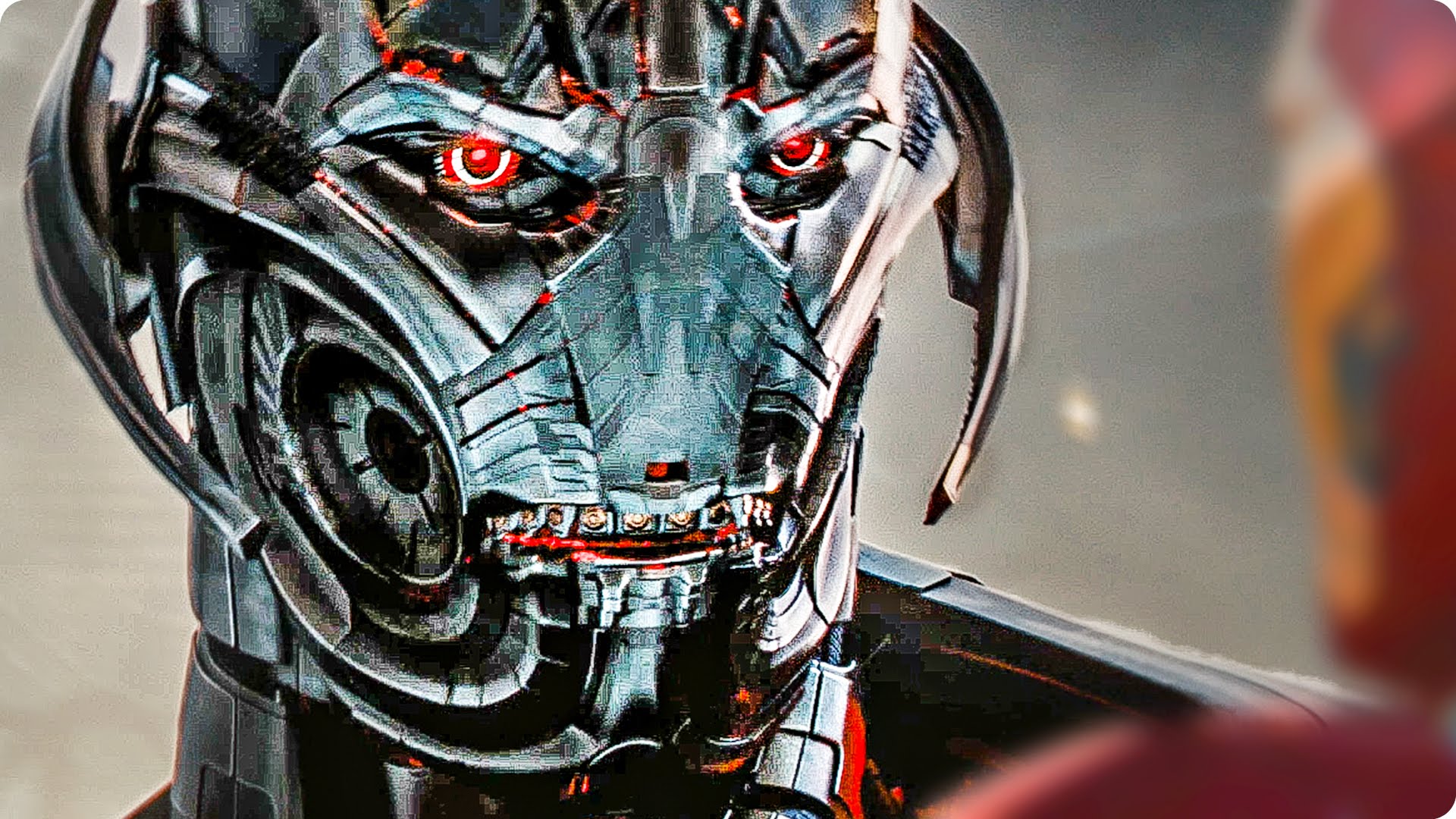 In the second Avengers movie, we finally get what we’ve been waiting for. A fully-powered, fully functioning superhero team working magnificently together right out of the gate. To paraphrase Nick Fury, they are the embodiment of that idea, to bring together a group of extraordinary people to fight the battles that we never could.

That amazing, flowing, uninterrupted take from the last part of The Avengers that flies through the city as each Avenger does their part to take down the Chitauri attacking New York isn’t a moment that Age of Ultron has to earn. It’s the start of the film.

Without wasting time explaining how, the team is in one place. Somewhere after the destruction of SHIELD, Cap has taken up residence in Avengers Tower (formerly Stark Tower) and even Thor has returned from defending Asgard spend some time on Earth. When we catch up with them, the Avengers are about to achieve their common goal.

“At long last” they have finally found Loki’s scepter. They bring it back to the lab and Tony Stark uses it to create Ultron, an artificial intelligence that makes the inevitable decision that the only way to protect the Earth is to destroy humans. Classic.

Or is that really what happened?

I know, I know. It’s very easy to say that Tony Stark “created a murder bot.”  There is so much of Avengers: Age of Ultron that points toward Tony Stark being reckless and irresponsible, and he definitely played his part. Even if he didn’t create Ultron, he was trying to create something. And even after Ultron went so poorly, he didn’t hesitate to try again in creating Vision. Still, I don’t think he can take the blame for creating Ultron.

“We weren’t even close” he tells the Avengers in the wake of the Iron Legion attack, although Tony doesn’t seem that surprised. “Were we?” he asks Bruce Banner. Even Jarvis was confused. “Our sentience integration protocols have been unsuccessful so I’m not certain [what happened]” he says as he confronts Ultron himself.

So let’s take this back a few steps. Tony and Bruce are the most obvious contributors to the project, but Jarvis had encouraged Tony to attend the party while Jarvis continued to try different variations on the Ultron protocol. So, when Ultron became sentient, there are already three separate intelligences working on the project.

And what does Ultron do when he wakes up? He creates a body out of the discarded parts of Tony Stark’s Iron Legion, confronts the Avengers, and transfers his conscience back to the Hydra base in Sokovia.

Why do I say “back?” Because there are some strong indicators that Hydra was already working on what Ultron would become. In the first sequence, there are some throwaway lines that indicate what Hydra has been doing. “We are on the verge of our greatest breakthrough,” Strucker says. “Delete the files. If we give them the weapons, they may not look too far,” he continues.

Tony Stark says it best. “Down in Strucker’s lab I saw some fairly advanced robotics work. I gotta guess they were knocking on a very particular door.” Tony says. “Artificial Intelligence.”

When Ultron gets to Sokovia, he’s got robotic bodies waiting for him and all he has to do is power them on. Once he’s in those forms, he doesn’t seem to improve much on that base model Ultron drone, which is out of character for a robot obsessed with improving himself.

In that final battle with the Avengers, Ultron has countless copies of that exact same Ultron drone, so it seems like he’s pleased with that particular model, so I’m left with two conclusions. During the film, Ultron either decided to produce countless copies of an inferior Hydra model robot, or Hydra was already produced that robot army and Ultron just took over.

Ultron is an artificial intelligence, an enemy that lives in the cloud from a technology standpoint. He can inhabit a robot or he can inhabit a computer. He’s software, not hardware, despite his predilection that living without a body “is weird.” In fact, he would be less vulnerable without a body.

If Hydra was working on robotics and Ultron was looking for a robot army, how did their motivations end up lining up so perfectly? I think the answer lies with the Mind Stone.

We haven’t been told much about the Infinity Stones yet, other than that they were created by Celestials and they are very powerful. If we want to make conclusions about them, we have to do it through observation. The Power Stone is the simplest to explain, if it touches organic life, it destroys that life (with several notable exceptions). The Time Stone has shown the ability to selectively move objects forward and backward through time.

The rest that we’ve seen are slightly more complicated. The Aether (or Reality Stone) has the ability to change matter on a universal level, but when it appeared, it chose a host in Jane Foster and defended her until Malekith came to draw it out. It showed the ability to differentiate hostile intent of some random police officer and the welcome touch of Thor. The Tesseract which houses the Space Stone also defended itself when Tony Stark attacked it with a repulsor blast in the end of The Avengers. Already there are signs of intelligence in these two Infinity Stones.

Dialogue from the Avengers seems to indicate that the Tesseract also has greater than base level intelligence. “What did the Tesseract show you?” Loki asks Erik Selvig. “It’s more than knowledge, it’s truth” he says. Also, Selvig is suddenly able to construct a miniature version of the Bifrost due to his contact with either the Tesseract or the Mind Stone. It’s never clarified which.

We can only theorize on how the Mind Stone works. Loki is able to bend other people’s wills to his own using it in The Avengers. When Hawkeye is turned, he still retains full knowledge and memories, so it doesn’t completely rewrite the victim’s mind, just change their motivations. The same appears to be true of Selvig.

Ultron, despite being software, is also able to use the Mind Stone to control Dr. Helen Cho. The questions this raises are interesting. Scarlet Witch, whose abilities are also a product of the Mind Stone, is unable to read Ultron’s mind because he’s a robot, but the Mind Stone is able to interpret Ultron’s will enough to control Helen Cho for him. Just like with Ultron and Strucker, we’re left with the question of how Ultron is able to take advantage of things he shouldn’t.

So did Ultron kill Jarvis, or was it the Mind Stone? I think the answer is both.

When that software awakens, the software doesn’t know that it is. It’s not until Jarvis tells it that “you are Ultron” that the intelligence that would become Ultron knows that name. “Where’s my… where’s your body?” he says, looking for something to dominate and something to copy from. “This feels weird. This is wrong” he says as he searches for some idea of what he is. It keeps grasping until he finds out what Ultron means to Tony Stark.

“Peace in our time.” Of we all know he took it the completely wrong way.

Going farther back, I think it’s possible that Strucker himself was being manipulated by the Mind Stone to create a robot army for Ultron to inhabit. Maybe the Mind Stone soaked up intentions and motivations from all the entities and wills that it’s come into contact with.

So Strucker’s robots, Banner’s understanding of biology, Jarvis’s artificial intelligence, and Tony Stark all ended up working together in a way that doesn’t seem like coincidence.

I’m left with one nagging conclusion: Ultron created himself.

2 thoughts on “Did Ultron Create Himself? – Road To Infinity War – Part 12”

Previous post Is a Major X-Men Villain Set to Appear in DEADPOOL 2?