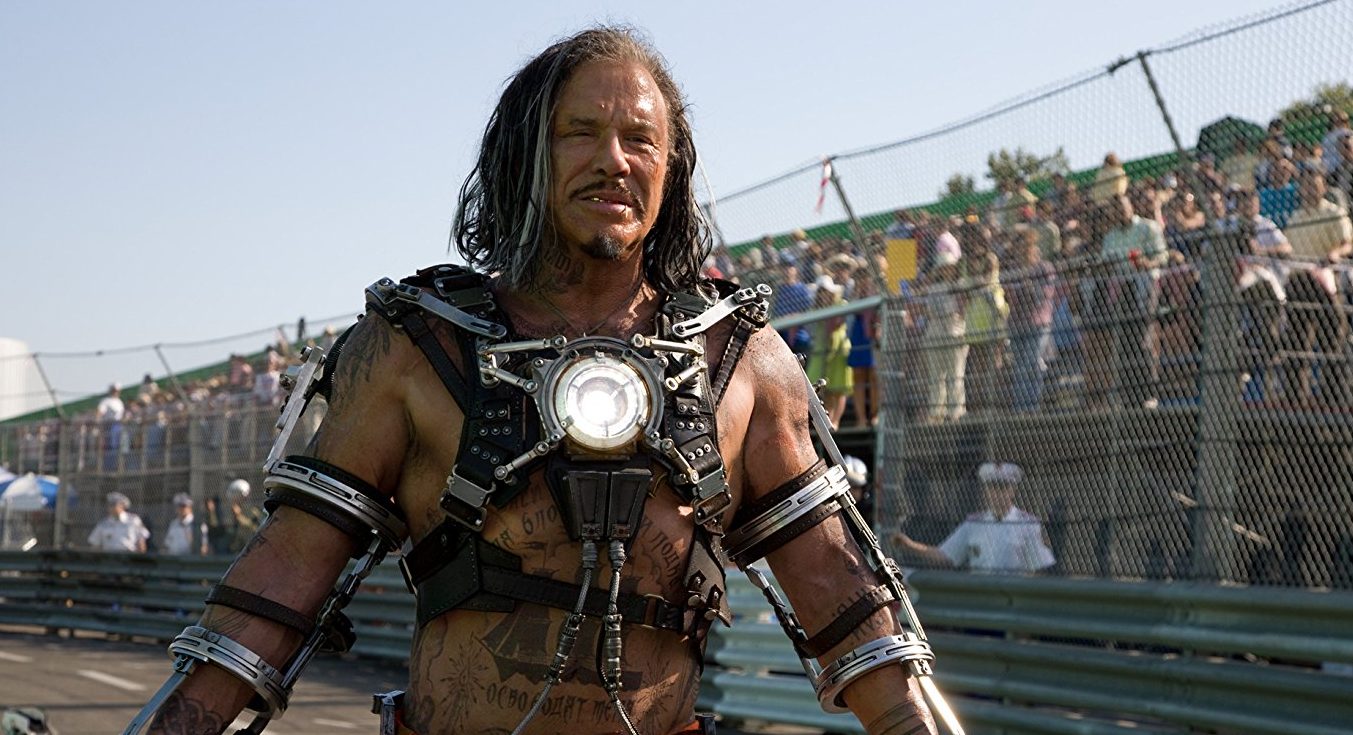 I’m putting my cards on the table right at the beginning. I love Iron Man 2.

I know what people say. People say “Disney came in and forced Marvel to sacrifice the Iron Man movies to do all this world-building, the movie is all about setting up The Avengers and the villain is lame.”

I’ve heard the public consensus, and I completely disagree.

Maybe it’s the fact that I’ve had to defend it so many times that I’ve just become entrenched, but I really dig this film. When combined with Thor and Captain America: The First Avenger, this film marks the beginning of the time when comic book films were free to be comic book films. The Marvel formula, if you subscribe to the idea that it exists, started here.

There have been plenty of movies based on comic book properties, some of them are amazing, but Iron Man 2 is the first comic book movie.

While 60% of all X-Men films have been about society and the government rejecting superheroes, in Iron Man 2 the world just accepts that a superhero exists. The governments of the world aren’t trying to squash the superpower problem, they’re trying to figure out how to make their own! Super spies drop in and out of the story. Sidekicks get upgraded to named superheroes. Black Widow takes down a dozen mercenaries and it’s no big deal.

And as far as the idea that Iron Man 2 sacrifices itself for the greater MCU, do you not realize how far forward Iron Man 2 pushes forward Tony Stark’s narrative?

While we aren’t told it in the movie, Howard Stark’s life’s work after World War II was reverse engineering the Tesseract, a device that (on the cosmic level) is designed to bend space, but for our purposes is a near limitless source of energy.

That’s sitting there in the middle of this movie, and it matters, but it doesn’t, because the real story is the story of Tony Stark finding his place in the larger world.

Oh, and there’s a bad guy in a robot suit that wants to kill him.

Yes, I understand why people had a problem with Ivan Vanko.

But what does that villain represent? While he might be dressed up in an unusual package, the important thing about Ivan Vanko is what he represents to Tony Stark. Ivan Vanko is the son of Anton Vanko, who actually committed the war-profiteering crimes that Tony thought Howard was guilty of. Ivan Vanko isn’t just some dude in a robot suit. He’s the vindication of Howard Stark. He represents the consequences of refusing to stand up for what’s right. (So does Justin Hammer, but that’s a lot less interesting).

Iron Man 2 is that perfect mix of internal struggle, external conflict, and world-building that has been so key to comic books for the last 60 years. There’s just enough science to get you through but not so much fantasy that you roll your eyes. The whole cast shines and Sam Rockwell doesn’t get nearly enough credit for some hilarious dialogue.

Iron Man 2 is the cornerstone of the entire Marvel Cinematic Universe, and if you disagree, feel free to @ me and light up the Comments section below.

13 thoughts on “I WILL FIGHT YOU! Why IRON MAN 2 Is the Birth of The Modern Comic Book Movie – Road to Infinity War – PART 3”

Previous post How Will STAR WARS: THE LAST JEDI’s Box Office Plunge Compare To ATTACK OF THE CLONES?

Next post Henry Cavill Trolled With The Superman Theme During Production of MISSION: IMPOSSIBLE – FALLOUT