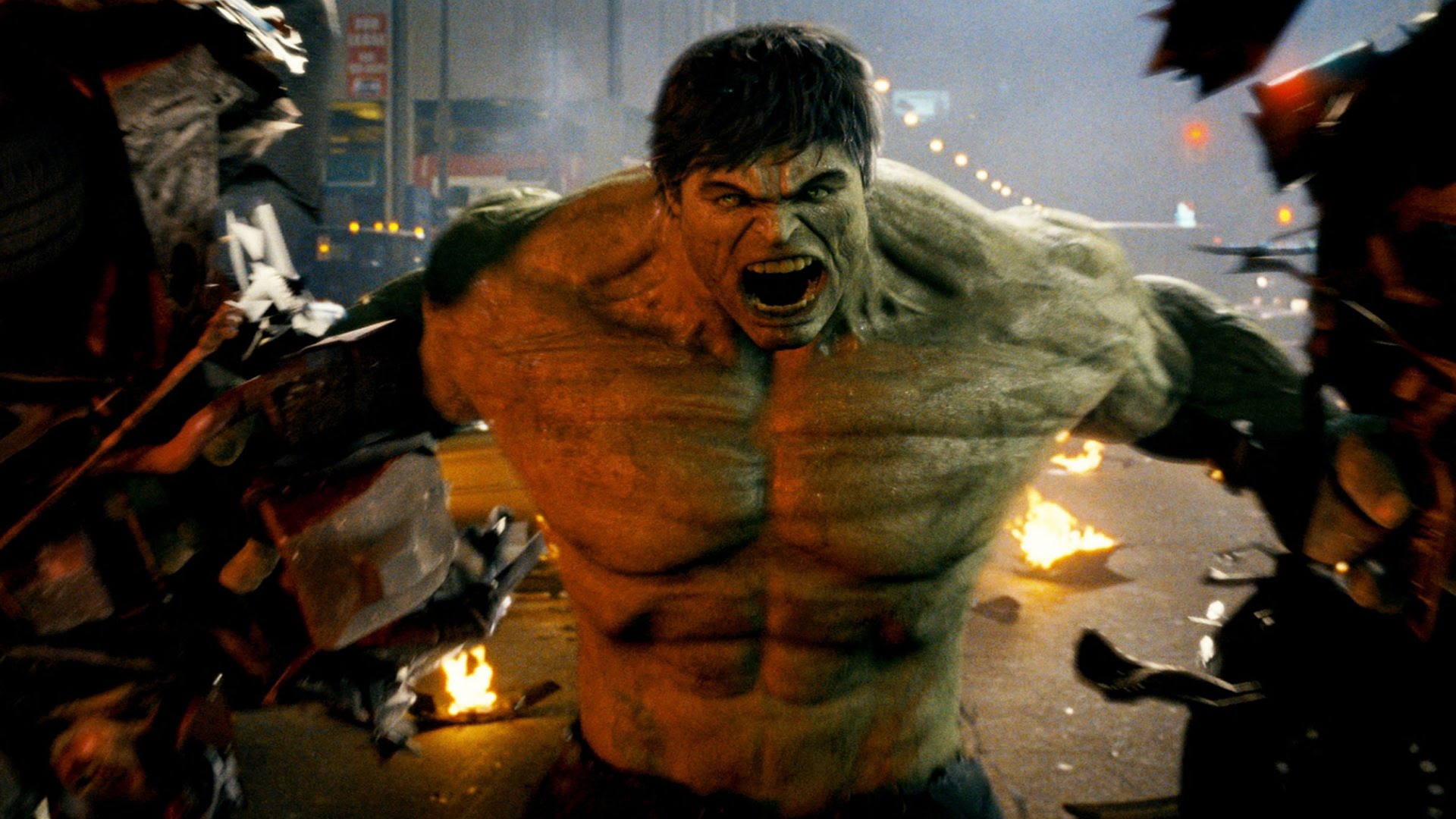 Last week we got to talk about Iron Man. That was a joy to write about. With that movie there were so many ways to approach the material that I almost had too much to talk about. It was like an Asgardian treasure room of narrative symbolism and well-executed performances.

But today we talk about The Incredible Hulk.

Wow. This film. I love Marvel movies… but I do not like this one. When people tell me that Thor: The Dark World is their least favorite MCU film, I ask them how recently they’ve watched this one.

I was hoping I would have a few articles in this series behind me before I had to say anything controversial, but (not unlike Bruce Banner defending himself from General Thaddeus “Thunderbolt” Ross), I am already backed into a corner and the only way out it land a few solid punches. Here we go!

So… I’m not convinced The Incredible Hulk is in the Marvel Cinematic Universe.

Are you still here? I know that sounds crazy. The Agents of SHIELD fans are probably already looking at me like I’m one of “those people.”

First of all, almost none of the actors in this movie appear in any other MCU film. In fact, the first time anybody from this movie shows up again, it was eight years (or eleven movies) later when the Russo Brothers upgraded General Ross to Secretary of State Ross for Captain America: Civil War. From a narrative standpoint, I was genuinely surprised and it was a great callback. Too bad Banner wasn’t in the room.

And then it happened again. Even though it probably flew over the heads of the casual fans, it did happen a second time. I’m not convinced they didn’t accidentally stumble into a connection to Incredible Hulk purely by chance, but it did happen. Another actor from The Incredible Hulk showed up in the MCU nine years later.

Do you remember Mr. Harrington, the academic decathlon coach from Spider-Man: Homecoming? Well, that character is played by Martin Starr. Martin Starr, who was probably brought on due to his connection to screenwriter John Francis Daley, has a very brief part in Incredible Hulk. Do you remember when Bruce Banner bribes Lou Ferrigno with a pizza in order to get access to the Culver University computer lab? Well, during that whole interaction, there’s a quick shot of a guy holding up a slice of pizza. That guy was played by none other than Martin Starr.

Story-wise the connections are sparse too. There’s a quick line in The Avengers about the one time that the Hulk broke Harlem. In a particularly dark moment, Bruce confesses to his teammates that he attempted suicide and the Hulk took over and stopped him. One of those is referencing the finale of Incredible Hulk, the other is referencing a scene that didn’t even make the final cut of Incredible Hulk.

This movie made changes to the Hulk that got reversed as soon as possible too. In interviews, director Louis Letterier stated that his vision for the Hulk in this film was all-muscle and no body-fat. While that might sound like a cool idea on paper, the results leave the Hulk looking inhuman, weird, and perpetually clenched.

Bruce Banner’s trigger for hulking out was changed too. The references to anger setting the Hulk off were replaced with the all-inclusive heart rate trigger. I’m not sure what the thought behind that was. Maybe they felt it was more scientific? Maybe they felt the beeping was suspenseful?

Either way, once the character comes back, movie Hulk looks more like the one in the comics and the annoying heart rate monitor is replaced with a fashionable but understated wristwatch, ready to be destroyed at the first shade of green.

On the business side, this movie is also the last MCU film to have any involvement from the infamous Avi Arad. While we wouldn’t have the comic book movies we have today without his Spider-Man and X-Men work in the early 2000s, the MCU is in better hands now that Kevin Feige has the reins. And now that Disney has near complete control of Marvel properties, Universal (who holds the distribution rights to solo Hulk films) isn’t interested in working on Disney’s terms.

The Incredible Hulk ends up being this weird shoulder-mole of the MCU. It’s there. Every now and then you remember it exists, but you never get around to asking the doctor if it should be removed. It’s not cancerous, but it’s not like you would choose for it to be there. This movie just doesn’t quite belong.

While Iron Man was ahead of its time, Incredible Hulk plays like a remix of every action movie of the five years preceding it. The first act foot chase through urban Brazil would fit perfectly in a Bourne sequel or Taken copycat. Every actor’s forehead has the well-lit oily gleam of a Michael Bay movie. The dialogue is copy-and-paste predictable. I mean, the audience is forced to endure extended gags about how taxi drivers drive crazy. Breaking new ground, am I right? Simply by-the-numbers filmmaking.The only thing this film really had going for it was the CGI Hulk, and that didn’t age very well either.

In the end, this movie is just an average movie, and Marvel Studios seems allergic to average movies anymore. If Incredible Hulk came out now, it would be skewered by critics. Fans would cry foul of the plot holes when Betty decides to pawn her mother’s necklace instead of Bruce’s brand new Polar FT-series heart rate monitor or Betty’s Panasonic Lumix digital camera. (Available at Best Buy!)

It’s just not enough. And I think Marvel knew it.

With Iron Man killing it at the box office two months before, Marvel Studios wanted to capitalize as much as possible but that doesn’t leave much time for reshoots. So what did they do? They rushed in as many visual references to Iron Man that they could get away with. That’s not just any old storage tank, that’s a STARK INDUSTRIES storage tank. That memo? It came from Nick Fury now! The doctor’s name on the serum they used to transform Emil Blonsky into Abomination? Make it “Dr. Reinstein” from the Captain America movie we might make. (Too bad they changed that one to Erskine for the actual movie).

They even brought in Robert Downey Jr to shoot the final moments of the film. Nevermind that the star of the movie doesn’t appear (and rumors were that Marvel didn’t want Edward Norton back).

Oh, and that quick after-credits scene? It ended up being the most memorable part of the movie and the final marketing push put Tony Stark front and center.

Marvel knew this movie didn’t matter before it ever came out, and has ignored it as much as possible ever since.

So you tell me, is The Incredible Hulk really in the MCU? Sound off in the Comments section below. I really want to know.

14 thoughts on “Are We Sure THE INCREDIBLE HULK Is In The MCU? – Road to Infinity War PART 2”