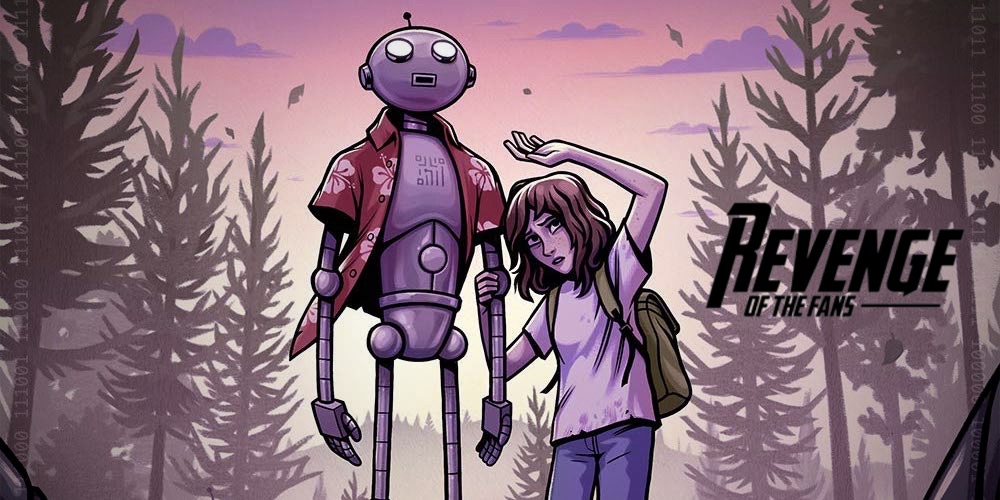 The Last Human is one of the most refreshing and entertaining novels of the year. It explores the faults of humanity, the pitfalls of technology, and the beauty of human determination. It is also hilarious, and extremely relevant to the world today. The Last Human is The Hitchhiker’s Guide To The Galaxy mixed with Terminator and one of the quintessential novels of 2019.

One of the biggest themes is the control of information, and the perception of the world that comes from that. With the war raged on the media right now, it couldn’t have come at a more appropriate time. But it is presented in a clean and simple way. Some of the young adults that this story was intended for may not make the connection, but it is certainly there.

Author Lee Bacon created some very imaginative robots, which could very well become a reality in the future, including one that only speaks in emojis. The way Lee lays out the story is quite ingenious. A story with humans and robots usually is told by the point of view of the human. The Last Human is told by XR_935, the robot protagonist, instead of Emma, the human protagonist. That element offers a fresh perspective on what is a poignant and timely story.

Most stories involving humans at odds with some other species make it so the humans are the sympathetic characters, and the other species are seen as villainous. Stories like the new Planet of the Apes films flip that on its head. Bacon tows the line, presenting the “facts” that XR_935 knows, but also presenting how Emma really is. Those things contradict each other, and that is where the heart of the novel comes out. When XR-935 and his robot coworkers try to figure out the “paradoxes” they are presented with is when The Last Human really shines. It is when the humor is at its best, and when the emotion is too. Being inside the head of a robot is quite the sensation, and Bacon leaves audiences wanting more.

Even though Bacon never brings the reader into the head of Emma, she is still written in a way that makes her instantly sympathetic. It could be that humans automatically gravitate towards other humans, but it is hard not to feel for a little girl in a strange place trying to save her family. There is also a simultaneous love for the robot characters at the same time. That is the magic of The Last Human. The reader is meant to love the main robots. The reader is also meant to love the human. The antagonistic aspect come from the robot president pumping his own agenda, and feeding the hive mind propaganda instead of true facts. (Sound familiar?)

The world that Bacon has created is totally fictional, but feels like it could happen. It is also uniquely and lovably weird, with the robots trying to figure out human behavior, and getting things wrong, which is where the a lot of the humor comes from. Bacon did a good job taking things that we take for granted as fellow humans and pointing out the absurdity of some of the phrases and things that are used.

The aforementioned emoji-speaking robot is named named SkD_988, and he brings the laughs. He is sure to be a hit with the kids that read him. Luckily, a lot of the characters translate him for the old square adults like me who might not be able to understand the full meaning.

The Last Human is a joyous experience. It is quite an easy read, and should only take most adults a weekend getaway to complete. It takes a special thing to laugh, and be entertained, but to also reevaluate things you think you know and learn something at the same time. Bacon masterfully did that with his latest novel. Hopefully Chris Lord and Phil Miller can do that in the upcoming film adaptation.

There is a line in the book that sums up the entire thing, and is something every human should remember going forward. Maybe there would be less conflict.

“If you change your point of view, you see the world in a different way.”

The Last Human is available now, wherever books are sold.

Previous post GEEK OF ALL TRADES 1.02: Geeking Out (Halloween Style)