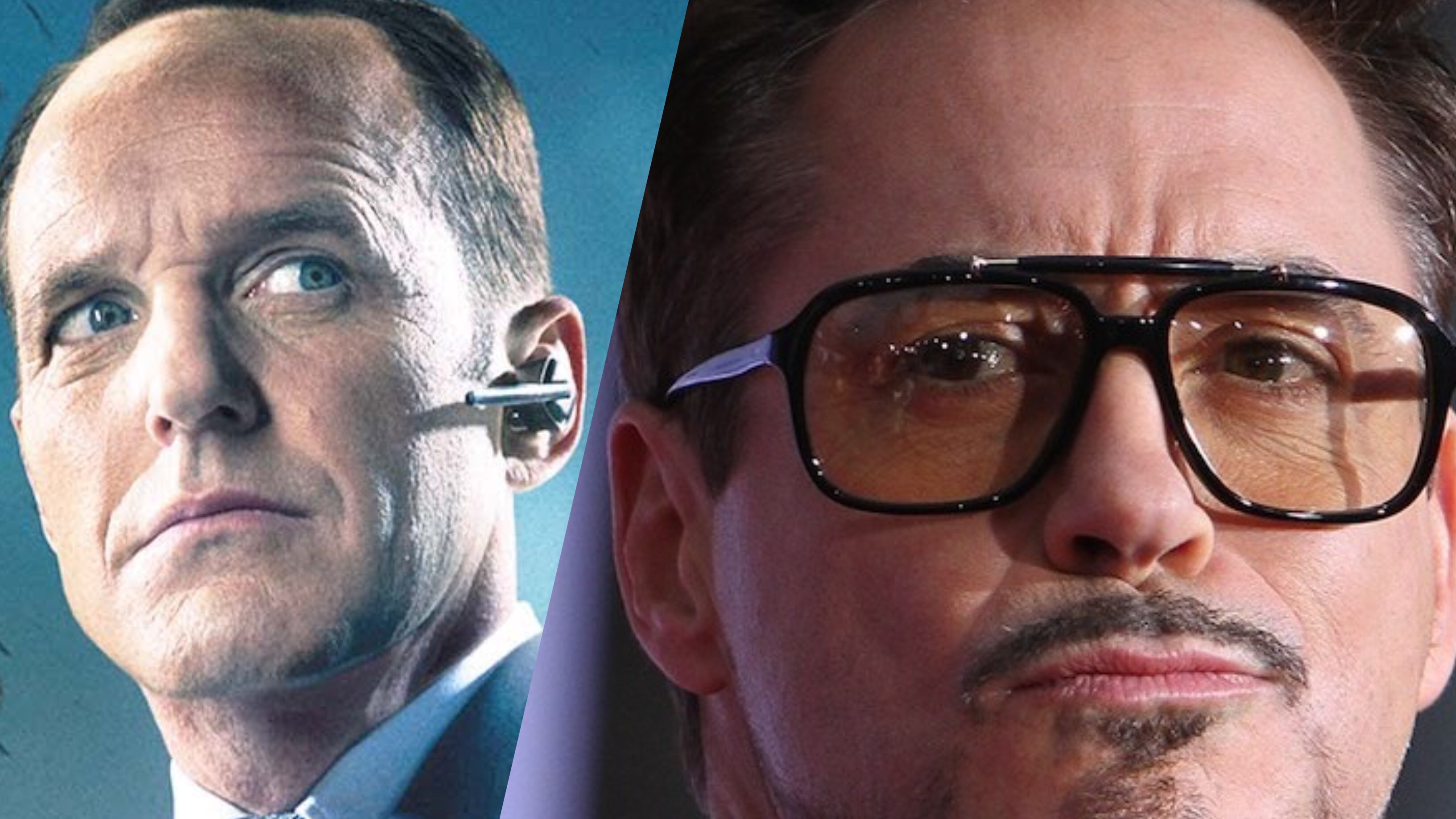 I don’t think Marvel TV is in the MCU. I know that back in the day that the people marketing Agents of SHIELD said it was. I know there have been a few patronizing statements from the movie folks talking about how “it’s always a possibility!” But I think the longer this goes on without any reciprocation, it’s clearer to me that Marvel TV isn’t actually connected to the MCU.

If you’ve read that and you’re still reading this article, you probably fall within one of three camps. The first camp is reading this article with an open mind. Welcome! The second camp doesn’t care. Also welcome! The third camp is reading this simply so they can have a little bit more ammunition when they try to shame me for impugning the honor of Marvel Television. You’re also welcome. Please do me the honor of tweeting me with your thoughts, because I would love to be proven wrong.

I’ve already written on the subject of Marvel TV before. I’ve already discussed the last-minute course correction of Agents of SHIELD in the wake of Captain America: Winter Soldier, the death of Phil Coulson. We’ve talked about an entire Marvel TV series that was in production but mysteriously disappeared, only to have its elements show up in the background of Spider-Man: Homecoming. Do you remember the well-known actress that played two completely different characters within the same allegedly connected universe all within a few months? If you want to read about that, you can find that here. With that out of the way, I’m going to do my best to move on.

Here are even more reasons why Marvel TV isn’t truly part of the MCU.

Multiple Version of the Same Character. In 2016, Doctor Strange was Marvel’s first foray into the realm of magic. Late in the movie, rogue sorcerer Kaecelius’s forces are attacking the Hong Kong Sanctum. Every available master of the mystic arts joins in the defense. If you pay attention to that scene, there’s a master near the the back that wields a distinct staff with a large ring at the top. If you know the comics, it’s very clear that this character, played by Linda Louise Duan, is Tina Minooru. iMDB agrees.

Switching over to Marvel TV, In 2017 we got Runaways, the story of a group of super-powered teens who discover their parents are supervillains. One those supervillains is

Here’s a great opportunity to connect the two universes, right? For Runaways, Tina Minooru is played by Brittany Ishibashi. Recasts are fine, of course. Maybe they wanted somebody older for the part since she would be playing a person who is supposed to be the parent of a teenager this time.

The Staff of One makes an appearance as well, but this time it’s clearly explained that staff isn’t mystical, it’s some kind of advanced technology developed by Tina Minooru herself. That doesn’t exactly sound like the same item from Doctor Strange.

The showrunner of Runaways, Josh Shwartz, is on record saying that they are “different characters.” So if the television shows are allowed to take the same characters and items and use them in a way that is different from the movies, what does that mean for the connected universe?

Other showrunners have made similar statements about how connected the movies and the TV shows are. In an interview with Entertainment Weekly meant to promote Jessica Jones, Melissa Rosenburg was asked what connections the 2nd season would have to the movies. She made it very clear:

She went on to say that they have creative freedom and if they went too far that Marvel Studios would rein them back in, but otherwise they are “very much in [their] own world.”

But what about moments when they’re in the same space?

Tim Guinee. You probably know who Tim Guinee is whether you’ve heard his name.  He’s one of those guys who shows up all over the place, usually playing some gruff military man. Usually in camo.

I was so excited when I was watching the first season of Punisher and Tim Guinee arrived on screen. I thought we had finally reached that point. Here it is. The moment of vindication for Marvel TV. They’re definitely connected.

You see, in both Iron Man and Iron Man 2, Guinee plays Major Allen, a colleague of Colonel Rhodes. If you’re still having trouble, he’s the one who orders that Iron Man be blown out of the sky. To be fair, he didn’t know that Iron Man was a good guy at the time. Major Allen is also the first person that Rhodey shows the Mark 2 armor to after the War Machine fight.

Back to the first season of Punisher, Tim Guinee plays the father of a army veteran. His son is suffering from serious post-traumatic stress disorder. That’s a really great connection to make when you think about it.

They’ve got this opportunity here use Allen’s military background to do some character work where this father reaches out his son, trying to find common ground. He’d struggle to bring his son back to the world, reminding him that he’s struggled too and he made it back okay. Punisher is all about soldiers who have returned from war, so I was prepared for some great acting. Tim Guinee is highly underrated.

Well, I made it through the whole season and the subject of his military background never came up.

I was genuinely bewildered. I try not to look at iMDB while a show is going on since spoilers are everywhere, but when I did, you can guess what I found. Tim Guinee isn’t playing Major Allen. He’s playing some guy named Clay Wilson.

I don’t want to be the kind of guy who second-guesses a writer because a movie or show didn’t turn out like I wanted, but it makes zero sense to me that they would create an entirely different character and cast the same actor if it’s a connected universe.

If it’s all connected, then it’s seems like a really easy way to bring it all together. I start to wonder if they just forgot or if Guinee was never told it was connected to Iron Man. Can you think of a good reason why it should have been a different character?

The Vanity Fair Photoshoot. In celebration of 10 years of the Marvel Cinematic Universe, in 2017 Marvel Studios and Vanity Fair called in actors, directors, and executives from across the films to gather in Los Angeles for a humongous, high profile, top secret photoshoot. Pretty much everybody you could think of from an MCU film was there, with Robert Downey Jr, Kevin Feige, and Stan Lee right in the middle.

No big deal, but there were a few notable absences. For instance, Terrence Howard and Edward Norton were not there. That’s probably because their roles were recast. Most of the cast and crew of Incredible Hulk were also missing, but William Hurt was there. Tom Hiddleston wasn’t there either, but nobody’s questioning the legitimacy of Loki’s place in the MCU.

You probably know where I’m going with this.

Of course, almost no one from a Marvel TV show appeared in the photoshoot. I can only say “almost” because Haley Atwell from the Captain America series was there, and Agent Carter had its own show back in the day. In the interest of fairness, I feel I should point out that Samuel L. Jackson did appear in a quick scene during the first season of Agents of SHIELD. Other than that, nobody.

No Quake. No Luke Cage. No Daredevil. No Jessica Jones. No Phil Coulson, despite his presence being a critical component to the plot of The Avengers.

I’ve heard the explanations why they aren’t there. “They were all busy shooting their TV shows.”

Let’s think about that. All of them were too busy? Busier than the highest paid actors in Hollywood? Look at that picture and you tell me: does that look like a group of people who have an overabundance of time on their hands? Scarlett Johansson. Robert Downey Jr. Chris Pratt. Cate Blanchett. These are the most in demand actors in Hollywood right now and I’ve only named the first four I could think of.

Are we saying that the entire cast and crew of Agents of SHIELD, Runaways, Cloak & Dagger, Daredevil, Jessica Jones, Luke Cage, Iron Fist, and the Defenders were off shooting at the same time in October of 2017?

Not too long after, Marvel Studios released another piece of promotional art, this one also celebrating 10 years of the Marvel Cinematic Universe, but it focused on heroes in costume, and this time it used primarily of re-touched art and images from previous materials. Take a look and tell me who you don’t see.

I mean, come on… they’ve already got the files! Just cut and paste.

The difficult part about all of this for me is that I really want Marvel TV to be connected to the movies. I want Daredevil to team up with Spider-Man. I want Matt Murdock to defend Captain America in court. I want Luke Cage and Black Panther to have a passionate discussion about the implications of Wakanda to the streets of Harlem. I want Captain America and Punisher to stare each other down, each one representing soldiers that America has turned its back on.

Maybe I’m crazy. If you think I’m wrong, I’d love to hear your thoughts. Hit me up on Twitter @NiceRevenger

Previous post The PUNISHER To Go On A SUICIDE RUN?