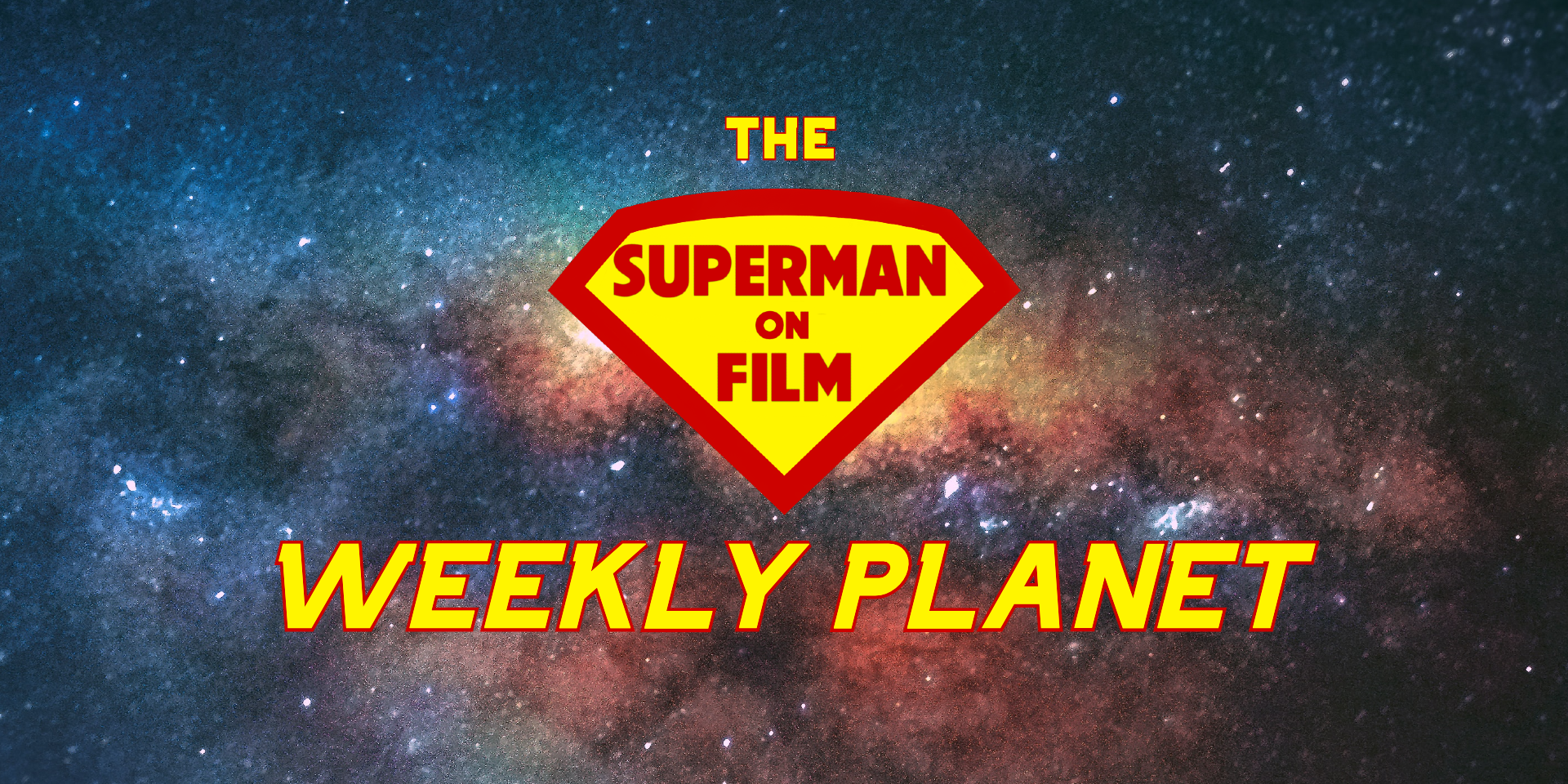 So it’s been a bit. But I’m back and on track. Last week I relaunched The Fanboy Podcast, bringing on an official co-host in the form of my old pal Brett Miro from The Revengers Podcast. We’ve got a new, more interactive platform, and a format we’re happy to share with you in the coming weeks.

But now it’s time to check in on the world of Superman on the big screen.

And as it turns out, I didn’t miss much.

I’m saddened to note that there have been no new details about any existing plans to bring the Man of Steel back to the movies in many, many months. The last bits of solid information to come out about the WB’s plans for Superman were covered in the First Edition of this column.

Things remain radio silent on the WB’s upcoming reboot, which they enlisted J.J. Abrams to produce. The Hollywood Reporter had stated that Ta-Nehisi Coates was asked to turn in his first draft of the script by December of 2021, but here we are in February and there have been no murmurs about how that went. Or if it happened at all.

There is, indeed, some skepticism that this film will get made. But I remain cautiously optimistic that the duo of Abrams and Coates will come up with something truly special.

In the meantime, I’d like to draw your attention to some comments Dwayne Johnson made since the last Weekly Planet that I think are quite interesting.

I’ve long noted that Johnson seems fixated on the idea of his Black Adam fighting Superman. But he took things a step further during a recent interview with Total Film. While discussing the approach his team is taking when it comes to making Black Adam, he said:

“You get one shot out of the gates to build these characters properly. We paid attention to some of the pitfalls that other films had experienced in the past, in the world of DC, and what, rightfully, got a lot of fans unhappy and pissed – and, as a fan, I was one of them.”

He’s obviously referencing DC’s rough 2016, which featured back to back polarizing films Batman v Superman: Dawn of Justice and Suicide Squad, and set WB on a mad dash towards a reboot that somehow won’t be complete until The Flash comes out later this year.

But here’s where things get interesting:

“So, let’s make sure we respect tradition and mythology, but let’s not be handcuffed creatively. We can do anything if we keep the audience first. So to me, there’s a battle that’s going to go down one day, between Black Adam and Superman. I don’t know who that Superman is going to be, and I don’t know who’s going to play him. That’s OK. I don’t need to know right now. But I’m confident in knowing that [laughs]. And that’s based out of what fans want. We worked backwards from there.“

There are two things to glean from this quote:

That first one is quite cool, but the second is a gut punch because Johnson was basically Cavill’s last hope. Seeing as how he’s not just the star of Black Adam, but also a producer on that film and the Shazam! movies, his voice carries a lot of weight. And if, at this point, he’s saying “I don’t know who that Superman is going to be,” then it doesn’t seem like Cavill has factored into his plans. It would’ve been very easy for him to name-drop Henry here, considering they’re both managed by Dany Garcia and have definitely discussed this.

But while The Rock is no longer solid about Cavill being his Superman, there’s one director who’d still love to make a movie with him.

Kingsman director Matthew Vaughn has long been discussed as a possible director for a Superman film. I even once got some insight into the story he wanted to tell with Mark Millar when I interviewed Millar for The Fanboy Podcast some time ago.

Well, he was recently back in the headlines for talking about Superman. While chatting with The Wrap, the X-Men: First Class director said:

“I was desperate to do a Superman film. Desperate. I pitched a big Superman movie before they made ‘Man of Steel.’ I just got to work with Henry Cavill, which was lovely, on ‘Argylle’ and he’s unbelievable in it. I still think there’s room for a new Superman film, but a proper Superman film. A colorful, fun Superman movie. Not a dark one.“

He then teased that he and Cavill would “go off and make a great Superman movie” if they were given a chance. Which is the same thing Christopher McQuarrie said countless times after working with Cavill in Mission: Impossible- Fallout.

But regardless, whether we see Cavill’s Superman fly again or not, it looks like there simply isn’t an urgent push to get the Man of Steel back to the big screen. In fact, a recent rumor about The Flash indicates that the only appearance by Superman in the multiverse extravaganza will be a quick shot of him on a TV screen, with the emphasis being placed on Supergirl as the key Kryptonian when the film finishes resetting the DC universe.

I can’t speak to the validity of the rumor, but it doesn’t fill me with the doom and gloom that I saw it do for some when an infamous online scooper stated it last month. In fact, it’s not even a new rumor. Way back in August of 2018, reports and rumors surfaced that Supergirl would be “replacing” Superman in the DCEU.

So Warner Bros. has been looking to make Supergirl a focal point for some time now, while they’re still figuring out what to do with Superman, and it sounds like The Flash will make that point very clear.

Here’s hoping we hear something about the Abrams and Coates Untitled Superman Reboot soon, because the prospect of a fantastic standalone series of films for the Last Son of Krypton that has nothing to do with with the rest of DC on film, ala The Batman, would sure take the sting off of him seemingly being written out of the DCEU.

Previous post THE FANBOY: “State of Superman on Film, The Batman Is Coming, Peacemaker and Superman & Lois Reviews, and More!”