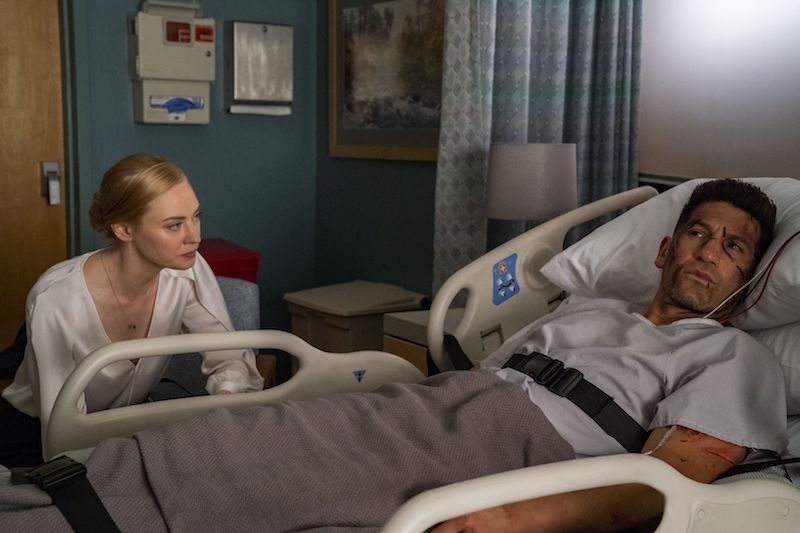 The Marvel Netflix shows are no more. Each show got the axe with Iron Fist and Luke Cage going first, followed by Daredevil after its most wonderful third season. The Punisher was canceled shortly after its second season dropped, and Jessica Jones was canceled before its third season got a release date. Now Deborah Ann Woll sat down with Comicbook Movie to talk about her latest film’s home release Escape Room, and she also talked about Daredevil and The Punisher‘s cancellation.

“When we saw Luke Cage and Iron Fist go, we started to think maybe it was 50/50 and then when they let us go, I thought, ‘Oh, they’re going in another direction.’ They’re going to put their energy into something else and I’m going to start focusing on doing that as well.”

She also touched on the rumors that the shows could be saved by a service like Hulu, or brought back on Disney+:

“I’ve heard absolutely nothing about resurrecting it in any way and I think the chances of that are pretty slim. For me, in my kind of grieving, and moving on from this experience, I have to kind of do that… Daredevil is going to be this beautiful memory rather than a frustrating memory by hanging on to it.
I’m kind of pushing through, so I had to take a step away from it all just for my own mental health. I’m trying to live in a grateful place and a warm, thankful, place… usually you get canceled because you suck and in a way, it’s a really nice thing to get cancelled at the height of our powers, to really go out and say that was strong rather than do three more seasons that people are like ‘Eh, I wish it were more like season three.'”

There has recently been no word on if a resurrection is possible for the shows. There were details floating around a couple of months ago about the stars’ contracts stating they couldn’t reappear as the characters on another platform for two years, so it seems rather unlikely at this point. Despite that, the man behind Disney+ is keeping the door open! I’ve only seen the first two seasons of Daredevil, and I have yet to watch The Punisher, but Woll plays Karen very beautifully; you can sense the character’s inner struggle. She will be missed in the role, as will the rest of the cast. It would be great to see a revival.