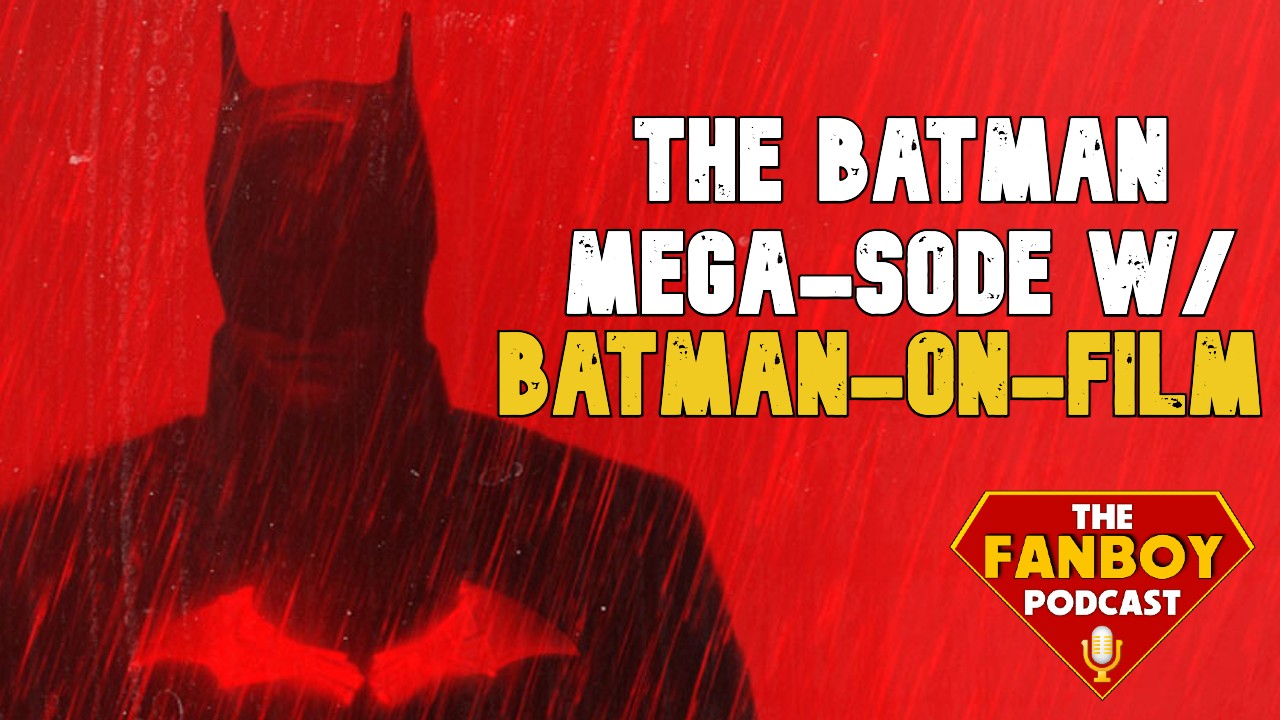 This week’s edition of The Fanboy Podcast begins with MFR and Brett’s non-spoiler reaction to Matt Reeves’ The Batman. From there they head into a range of fanboy topics like recent comments from James Mangold about Indiana Jones V, Daredevil and other Marvel series migrating from Netflix to Disney+, and AEW’s Tony Khan purchasing Ring of Honor.

Then Mr. Batman-On-Film himself, Bill Ramey, comes on for a 1-on-1 with Superman-On-Film’s MFR for a spoiler chat about this film the two of them have spent so much time discussing and anticipating. It’s a World’s Finest discussion you won’t want to miss.

MFR then hooks back up with Brett for a further spoiler dissection about The Batman and where things seem to be heading next.

Be sure to check out www.Superman-On-Film.com for further reporting and analysis.

Have a question you’d like answered on the show? E-mail: TheFanboyPodcast@gmail.com

Next post “DC Loves Directors (And Delays) Again, The BATMAN-Verse Growing, and KENOBI Is Almost Here!”