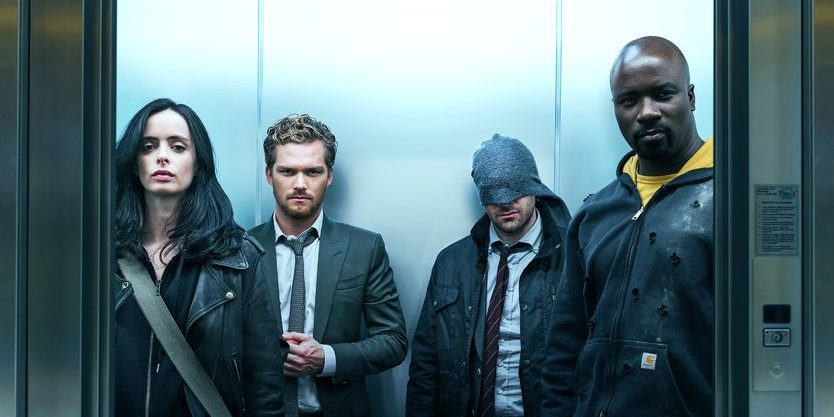 In the wake of Netflix pulling the plug on three of their popular MCU series (Daredevil, Luke Cage and Iron Fist), the common theory among fans was that Disney would be quick to bring the cancelled shows over to one of their streaming services such as Hulu or Disney+. Others have been hoping that Marvel Studios President Kevin Feige would take this opportunity to finally start incorporating these Netflix characters into the big screen MCU films. After all, why wouldn’t Disney opt to continue utilizing these generally successful iterations of Marvel characters as quick as they possibly can?

Judging by a new article from Variety, the ‘why’ would appear to be a legality issue. According to sources close to the site, the deal for the original four Netflix shows (Daredevil, Jessica Jones, Luke Cage and Iron Fist) features a clause preventing these characters from being featured in any non-Netflix show or film for at least two years after their cancellation. In other words, fans will have to wait until at least 2020 to see the three shows already cancelled- and until 2021 at the earliest for Jessica Jones, assuming that show is cancelled after its third season airs next year.

However, Variety adds that this clause was not featured in the new deal for The Punisher, leaving the show’s future past its upcoming second season up in the air. Assuming the show is cancelled shortly after Season 2 is released, will Disney be in the clear to keep the momentum going and bring the show over to Hulu or Disney+ right away?