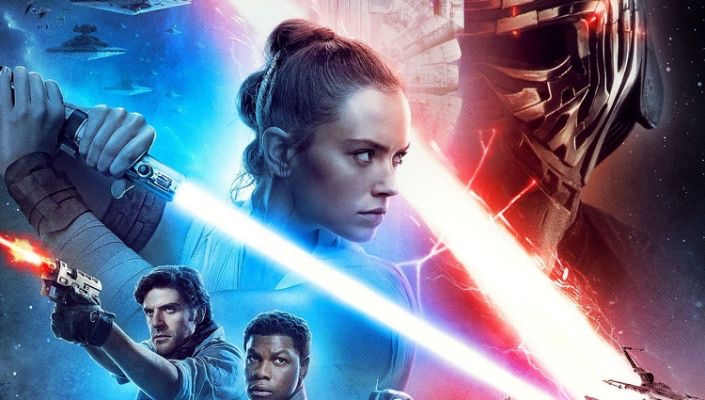 So it’s finally here. The last chapter of the Skywalker saga. All wait with anticipation whether it sticks the landing after all this time.

For me, the answer is… kind of?

Let me start with my reservations first. The flaws of this film are quite clear. It is rushed and front loaded with exposition. While not quite as stuffed as say Spider-Man 3 which seemed to be two films stuffed into one, I would compare it to stuffing all of Avengers: Endgame into a 2 and a half hour movie without cutting any plot points. It’s in the quieter moments where this movie soars and the third act is spectacular, but it’s a bit of a slog to get there. It wasn’t too much of a problem for me, but fair is fair and I prefer to be someone who calls balls and strikes and critique what deserves to be critiqued. As an unabashed defender of Rian Johnson’s superb The Last Jedi, I will die on that hill. I can’t do the same with The Rise of Skywalker. The Emperor feels shoehorned into the story of this trilogy, but Ian McDiarmid is having the time of his life, and his performance is as infectious as always. Just as he elevated Revenge of the Sith, he elevates this entry.

As a conclusion to the 9-episode saga it falls short. How could it not? The first six revolve around the rise and fall of Anakin Skywalker. The arc was complete!

I would posit however that it is a satisfying conclusion for THIS trilogy and this story, even if it makes some choices that I don’t agree with. The reveal of Rey’s parentage as a Palpatine raises more questions than answers. However, the film smartly, and rather touchingly, makes a point with her story is about the family she chooses rather than the family she shares blood with. It’s beautiful and director JJ Abrams treats most of his responses to The Last Jedi with a similar focus on how this affects these characters and the choices they make to wrap up their individual arcs.

I would also posit that this is the best action movie in the series, as the film zips along with some truly inspired sequences, and a star ship battle that rivals any that we’ve seen in the series so far.

I really wish this film was longer. The emotional power would have landed harder. I think if any film calls for such a length, it would be the final chapter of Star Wars. But alas, while this might have been a trip with some hiccups, it was still a worthy one to that wonderful galaxy, far, far away.

May the Force Be With You, Revengers