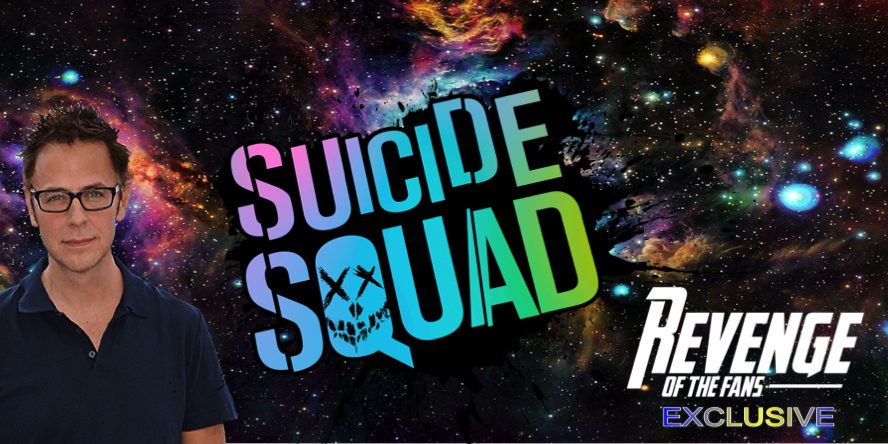 The last few weeks have been a hot bed of news, updates, and rumors about James Gunn’s The Suicide Squad. Whether it was the high profile recasting of Deadshot, where Will Smith bowed out due to a scheduling conflict only to be replaced by none other than Idris Elba, or recent news that original cast member Jai Courtney is now expected to return for the sequel/reboot/whatever, the film has garnered some intriguing headlines.

And yet none of those account for some of the other headlines. Some of the weird ones; The ones that imply that Gunn may be approaching this project with far more ambition than anyone had previously realized.

Rumors like that the new team will be comprised of obscure, offbeat characters like King Shark, Polka-Dot Man, Ratcatcher, and Peacemaker (who Gunn would love to cast Dave Bautista as). Or that the film would pull from the classic 1980s series of Suicide Squad books by John Ostrander and Kim Yale, making Deadshot arguably the central character of the movie?

Remember, this entire thing happened because Gunn suddenly became a free agent last summer. He landed on the WB’s lap and they wisely locked him in for The Suicide Squad. But in light of his recent reinstatement as the director for Marvel’s Guardians of The Galaxy Vol. 3, you’d be totally forgiven if you felt like Squad was just some gig he took to keep busy.

That’s why I’m happy to report that James Gunn is going out there with The Suicide Squad. He’s going to get weird, and he’s even going to get a little cosmic on us.

Yes, you read that correctly. According to my sources, the man who gave us the Guardians of The Galaxy is going to bring some extraterrestrial flavor to The Suicide Squad.

Gunn’s looking for a monstrous femme fatale. A creature. A surly, muscular alien woman. The kind of character that’ll require the heavy use of prosthetics. Like Killer Croc in David Ayer’s Suicide Squad in 2016.

[EDIT: The following sentence was added at 9:37AM EST to include a detail that may be useful later]

And they’re looking for an actress between the ages of 20 and 30 to play her.

It’s the use of the term alien that really fires up my imagination. Because it shows Gunn is willing and able to go anywhere he wants in the DC universe to pull in the right players for his story. Even outer space!

What’s truly notable here, too, and probably why Shazam! producer Peter Safran should be forgiven for calling The Suicide Squad a “total reboot,” is that Gunn is approaching his team in a fundamentally different way than Ayer did in his film.

Ayer’s movie was critiqued heavily for, amongst many perceived flaws, making its core team too grounded and its stakes too sky high. After all, his version of the Squad was predominantly made up of very mortal characters. A guy with guns. A gal with a bat. A drunkard with a boomerang! Which was great. But then they made the antagonist this huge supernatural threat that opens a portal over a major city so that her blackberry henchmen could come down and do evil stuff while she does an interpretive dance. And this guy.

With hindsight being 20/20, Ayer has come out in the years since Suicide Squad released to reveal that he should’ve made the villain someone more grounded. Like Jared Leto’s Joker.

“Believe me. I agonize over this,” Ayer tweeted in November of 2017. “Yes. Joker should have been main bad guy.“

He was acknowledging that the mismatch between his rag tag team of very human antiheroes versus a threat of that magnitude was problematic in a world where we know Batman, The Flash, and Wonder Woman are all hanging around.

But that’s the beauty of Gunn’s cast of characters. If Collider’s reporting is to be believed (and it should be), and he’s going with those wacky characters I mentioned earlier, that means this team will be made up of metahumans. You have a humanoid shark man (what a time to be alive), a guy who can transform the polka dots on his costume into- you know- vehicles and weapons, a super soldier, and someone who can control rats telepathically.

This is a team that demands a larger than life antagonist. Or antagonists.

There’s much speculation as to whom that, or they, could be. But I’m not going to comment on that just yet. That’s for another time down the line, when we get some sort of official synopsis. Until then, we’re in the fun zone. The part where we, as fans, get to speculate and imagine where things are headed.

For now, let’s look at this from a macro perspective. From way up there in the sky:

James Gunn is putting together The Suicide Squad; he’s bringing in some of DC’s delightfully eccentric, super-powered characters; and his script contains at least one creature from outer space.

Lastly, all of that will be anchored by a very human, superbly recast Deadshot as its emotional center.

Oh, and one last note on our mysterious, cosmic femme fatale: She’s said to be “Queens tough.” And as I sit here at my home office in Flushing, all I have to say about that is “Bring it.“

The Suicide Squad films this September, with production expected to wrap in February of 2020. It’ll be produced by the aforementioned Peter Safran, as well as longtime producer of DC films, Charles Roven. And it’s set to be released on August 6, 2021.

But now let’s have some fun…

The character breakdown leaves our monstrous gal nameless. Because of guys like me. But I’ve given you the bullet points of who she is. I can’t pretend to have this deep knowledge of this corner of the DC universe, so I can’t venture a guess that’ll be worth much right now. But what I do know is that someone out there can. I know we’ve got some super-fans around these parts who will bust out their suggestions for who she could be. And I’m hoping they’ll do just that.

Light up the comments section below with your best guesses. I want to see how well we can crowd source who the most likely candidate for this character is. After all, we are Revenge of The Fans, and we’re here to take fandom back.

We want to help make it fun again. Ditch the toxic nonsense and just remember that fandom is better when you celebrate what you love instead of attacking what you don’t love.

So let’s start the discussion now.

Who do we think she is? Could she be on the team? Might she be an adversary on an opposing team? Is she going to be an extra Harley bums a cigarette from outside a bar? Let’s stir it up. Who’s going to start us off?