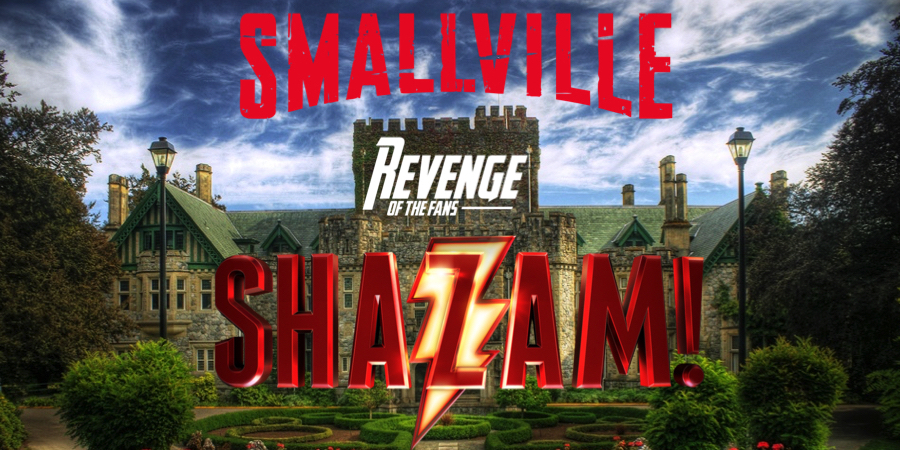 This casting was confirmed by John Glover himself. For details on who he’s playing, CLICK HERE!

Over the weekend, some form of debate got sparked when it was revealed that a little boy hums a few bars of the John Williams “Superman Theme” in the next Shazam! trailer. Some see it as an affront to the current continuity (while I’d like to remind them that in the world of these movies, no one actually hears any score playing when a hero shows up so how would you expect them to hum Hans Zimmer’s “Man of Steel” theme?!), but a new rumor I’ve just heard implies that director David F. Sandberg has all kinds of DC easter eggs planned for the film, so folks should probably take a chill pill.

Indeed, Sandberg has lovingly crafted Shazam! in such a way that DC fans of every ilk will smile as he honors different aspects of the brand’s history.

Even without the rumor I’m about to share, we know Sandberg has made a bit of love letter to all things DC. Let’s recap:

And there’ll be more.

So Sandberg knows his DC history, and since he’s making a film about a huge superhero fanboy in Billy Batson, he’s included loving homages and references in a way that would make the fictional boy proud.

Now, with regard to today’s intriguing casting rumor. It’s been brought to my attention that Smallville‘s Lionel Luthor, Mr. John Glover, may play some sort of role in Shazam!

Glover played Lex Luthor’s villainous father through the first seven seasons of Smallville, and returned for a recurring guest spot during its 10th and final season. Along with Michael Rosenbaum’s Lex, he holds a special place in the hearts of fans of that series.

This information came my way by the same source that gave me the heads up about Brody and Cotrona. When it came to those two, I decided not to report it. At the time, early last year, it sounded like someone had goofed up. “Why would two people from Justice League Mortal end up on the official cast list?” I thought to myself. So I figured someone got their projects mixed up and I moved on.

But then their castings got announced and I realized I should’ve run that story when I first heard it. So I’m inclined to trust this source about Glover’s name now appearing on the cast list.

“RTF EXCLUSIVE: DC Is Making A Two-Part Animated Film Out of BATMAN: THE LONG HALLOWEEN Movie“

For the time being, though, let’s still treat this like a rumor, taken with a grain of salt. I’ve reached out to his reps and given them a chance to confirm or deny. Up to this point there’s been no word, but I’ll be sure to update this rumor accordingly if they do get back to me. Perhaps this report will shake an answer out of that tree? (Mr. Sandberg, are you reading this?) We shall see.

What would you think if this ended up being true? Would you be happy to see Glover back in a DC project? Would you appreciate the effort Sandberg has put in to making Shazam! a treat for DC fans of all ages and types?

It really seems like Sandberg views the fandom as a big tent, with enough space for everyone to come in and have a great time. I’ll take it. With the success of Aquaman, now is the perfect time for unity.

Let me know in the comments down below!

CONTINUE READING: “The Odd Way In Which The ‘SHAZAM! Will Be DC’s DEADPOOL’ Comparison Actually Makes Sense“

Greetings, fans of Superman. If you've followed my work across Latino-Review, Moviehole, IGN, and Revenge of The Fans, you know...

Right now, if you're a Superman fan, there's an interesting debate raging. Because if you're a fan of the Kal-El...