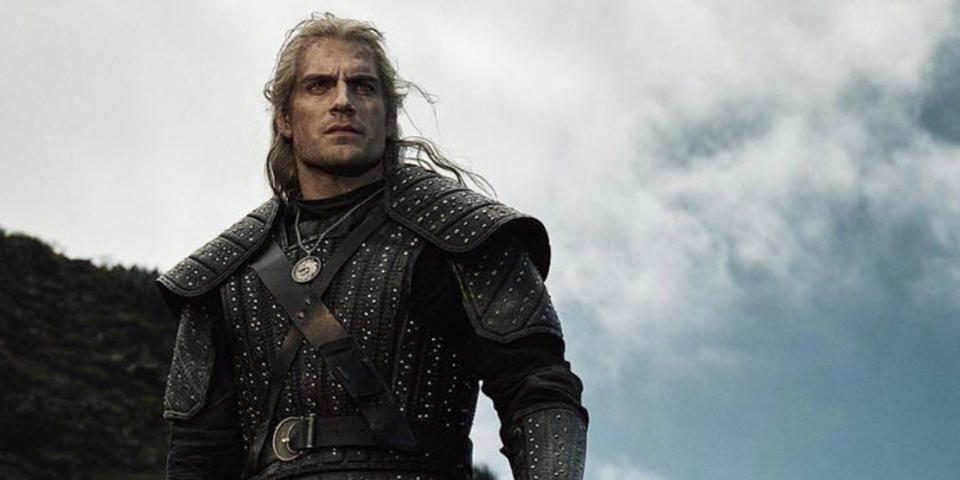 If you’re a Henry Cavill fan, things have been eerily quiet for quite some time. After the actor went full steam into production for Netflix’s The Witcher, things went radio silent from him and his camp- which is led by Hollywood power player Dani Garcia. And that’s notable, because he played Superman in Justice League only 18 months ago, and was a major topic of discussion when the subject of the “next James Bond” came up last year.

But after some time to shoot and complete Season 1 of The Witcher, it looks like Cavill is ready to come back out swinging.

Late last week came word that he’d been cast as super sleuth Sherlock Holmes in the Millie Bobby Brown vehicle Enola Holmes. That film is for Legendary, who also produced Man of Steel.

This morning brought us fresh images, and a snazzy new poster, for The Witcher– which you can see right here:

But for DC fans, the most unsettling Henry Cavill update to come out of these last few days is the way Entertainment Weekly refers to his employment status as a certain beloved Kryptonian.

In their write-up on the new The Witcher images, they refer to Cavill as “ex-Superman,” in a move that calls to mind when other popular Hollywood trades started referring to Affleck as a “former Batman” long before that was confirmed by WB/DC. It gives that impression of, “We know something you don’t,” and in the case of Entertainment Weekly, it’s pretty telling.

It’s not the first time he’s been spoken of as being a thing of the past, of course. We’ve long chronicled the different ups, downs, trials, and tribulations of his potential future as the Man of Steel here at Revenge of The Fans. And the biggest, most concrete look at how bumpy his prospects of returning as Superman came last September when The Hollywood Reporter claimed that the studio was moving on from the actor and will instead focus on Supergirl.

This, despite the studio having tried to secure him for a cameo in Shazam! that I had first reported on in early 2018.

It’s feeling more and more like this is going to end up like the Affleck situation, where it’s more or less an open secret in journalistic circles that he’s out, but the studio won’t confirm it until they actually have another Superman film in development and the director brings in a new actor- like Matt Reeves just did by bringing in Robert Pattinson for The Batman.

I don’t have any new intel or insider insight to share with you here. The writing seems to be on the wall, and the last few times I did speak to folks closer to the situation than I am, I got a big ol’ “Barring a miracle, we’ve seen the last of Cavill in a red cape” response.

Then again, with his biggest cheerleader Dwayne Johnson suddenly back in the DC mix hyping Black Adam lately- after things looked a little dodgy in May– maybe a miracle is exactly what we’ll get. I sincerely think that if we’re ever going to see Cavill take to the heavens again, it’ll be because Johnson threatened to walk otherwise.

But that’s just me filling in my own blanks, based on all of the collected intel I’ve amassed on Cavill’s future as Supes dating back to December of 2017.

So we’ll see, my friends. But it’s definitely starting to feel like Batfleck deja vu, isn’t it?

Next post GREMLINS: SECRETS OF THE MOGWAI Gets 10 Episode Order At WarnerMedia