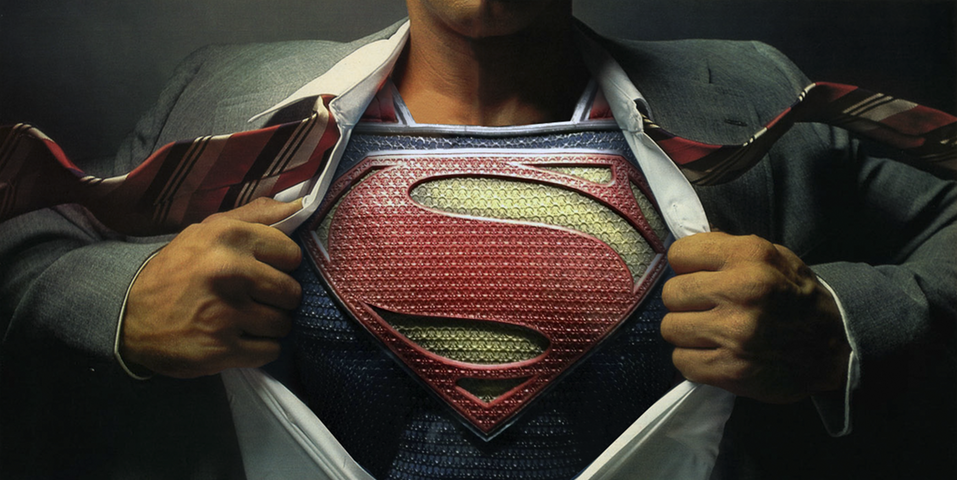 For those of you who have listened to the latest episodes of both The Fanboy Podcast and The Revengers Podcast, most of this territory will feel quite familiar. On both shows, I ranted quite a bit about my thoughts on what’s going on between Henry Cavill and Warner Bros. with regard to discussions about extending his Superman contract. But I realized earlier today that I haven’t converted any of those thoughts and insights into written form, so this report is primarily for those of you who don’t listen to podcasts.

“SUPERMAN: Making Sense of Both Sides of Cavill’s Contract Negotiations“

Over the course of the last year or so, the ride towards the long-awaited sequel to Man of Steel has been a bumpy one. At this time last year, it was still being spoken of like a matter of inevitability. Then in the fall, word broke that the studio was meeting with directors like Matthew Vaughn for the project (a fact his pal and frequent collaborator Mark Millar confirmed directly to me on The Fanboy Podcast).

In November of last year, I began hearing that there was significant momentum for the Superman Sequel, with the powers-the-be at WB/DC thinking Justice League was going to make the character a hit with audiences again. Had all gone accordingly, they wanted to be able to formally announce the next solo Superman adventure in the winter.

But things didn’t go according to plan, did they? Justice League was a total disappointment in every conceivable way and, even though Superman himself got some positive praise from the film (despite the dodgy CG on his face!), things got awfully quiet.

With the cinematic DC landscape suddenly getting completely re-thought as the studio decided that it was going to pick and choose which elements from the previous five films they wanted to keep and which they wanted to discard, everything- including, fittingly, Superman- went up in the air.

Still, internally, there was still this sense that Henry Cavill’s Superman would fly again, despite the fact that he only had one appearance left on his contract.

As such, they allowed David F. Sandberg to litter his Shazam movie with references to the events of Batman v Superman and Justice League, as well as imagery associated specifically with Cavill’s Superman. Beyond that, the script for Shazam even includes a quick cameo appearance where he meets Asher Angel’s Billy Batson in a bit of fan service that was likely to be included as a mid-credit sequence on par with the Superman/Flash race from Justice League.

All of this was done, and allowed, because of the assumption everyone was under that Cavill’s contract extension would be a foregone conclusion. But now, as it turns out, it isn’t.

I’ve covered before how this doesn’t seem like it would be a big deal, since both sides definitely want to make a deal (you can read about that HERE). But what I’ve learned lately is that the degree to which the studio wants Henry back can best be described as…tepid.

See, when Justice League fell on its face last November, that marked the third time a film that featured Henry’s Superman wasn’t received the way they’d hoped. Man of Steel got a very polarizing reception, and the studio seemed to think it could’ve done better at the box office. After all, releasing it in 2013 meant it came out smack dab in the middle of Hollywood’s Superhero Boom; It was marketed as “From the men who brought you The Dark Knight Trilogy“- who were coming off of two billion dollar success stories; And it centered on the King of all Superheroes, Superman!

Then there was Batman v Superman, which by now is infamous for the way it split audiences and critics alike.

So Justice League being received the way it was meant the studio no longer knew what to make of Henry’s Superman. While they couldn’t necessarily blame him for the way his movies performed, the simple fact remained that his time under the red cape hadn’t exactly set the world on fire. Therefore, their desire to keep him was somewhat muted. It became a matter of, “We’d like him back, but we’re not going to bend over backwards to keep him. If he wants to stick around, great, but we’re not budging.”

Meanwhile, over on Henry’s side, he and his team started feeling very confident about his star power. The early buzz on Mission: Impossible- Fallout was very positive this past spring, and Cavill even managed to own the meme-worthy terribleness of the CG on his face in Justice League by leaning into it and having all kinds of Instagram fun with his mustache. He and his team started using the social media platform to really fuel fan passion for his Superman, and his banter with Shazam‘s Zachary Levi has been a big focal point for DC fans for months now.

As such, Cavill’s team- spearheaded by manager Dany Garcia, who also manages Dwayne Johnson- has begun trying to position him as an A-lister. And that’s great. But the problem is that this view/initiative on their part has made it difficult for him and the studio to reach a new deal, which is why there’s currently no movement on the sequel, and why- despite their desire to get Superman back out there– there’s nothing to really report on it.

In short, Cavill’s desire for more money and more influence is totally at odds with how the studio views his run as the Man of Steel.

Aside from what I outlined earlier, there are other likely factors contributing to the studio’s stance towards going that extra mile to secure Henry’s services:

While thinking of how Cavill’s team is approaching these talks- which have been at a standstill- I remarked on The Revengers Podcast Tuesday that “He has more in common with Andrew Garfield than he does with Tobey Maguire, yet he’s approaching these negotiations like he’s Christopher Reeve.” And the Garfield comparison, I maintain, is apt. Garfield was generally well-liked as Spidey, but his The Amazing Spider-Man movies were disappointing for Sony, which is why they ultimately made a deal with Marvel Studios to reboot the character.

That’s what makes the situation somewhat perilous for both Cavill and fans of his Superman. He doesn’t seem to realize what kind of shape he’s in as he enters these negotiations. The way I’ve heard it characterized, he thinks he’s coming in with a head full of steam instead of realizing that, due to some unfortunate decisions beyond his control, he’s actually limping into these discussions, and so the studio can take or leave him.

Still, there’s reason to be optimistic. It’s the same reason as before: Henry wants to keep playing Superman, and the studio is totally down to bring him back- provided they can reach a very reasonable deal.

That’s all I can say at this time about the way both sides are being characterized at this point, to the best of my knowledge. And this is based on things I’ve heard from a variety of sources, which I’ve combined to try and find the common threads. Remember, Warner Bros. is a massive studio, and so there are folks from one department who are hearing/saying totally different things than people who work in another department. There are lots of moving parts here, so different reporters with different sources will hear things that seemingly conflict with or contradict one another, so what I’ve done here is take a few bits of intel and combined them into one cohesive take on the situation.

Get your tinfoil hats on, folks, cause now I’m going to spitball about another element I think is at play here.

Some have found it quite strange that Warner Bros. would pay as much attention to the performance of Mission: Impossible- Fallout as it seemingly has been. After all, Cavill isn’t the star of the movie. And for those who have seen it, it’s quite clear that this is Tom Cruise’s movie through and through, with Cavill being a supporting player who never quite outshines the star.

But I think there’s more to it than simply “They want to see if Henry can be in an unmitigated smash hit as they decide what his true value is.”

My speculation on all of this is that Henry has made a hard push for writer-director Christopher McQuarrie. As has been talked about and reported ad nauseam, he and McQuarrie have discussed Superman story ideas and the Fallout director sounds like he’d be totally open to helming Henry’s next outing as the Last Son of Krypton. We’ve also heard that Henry has specific ideas for the kinds of stories he’d like to tell, and which book he’s drawn inspiration from (Brian Azzarello’s Superman: For Tomorrow).

This leads me to believe that the last time the two camps met to discuss his Superman future, he suggested a packaged deal- a contract that would include him, Christopher McQuarrie, and a story outline/pitch they’ve worked out.

That would explain why the studio is so interested to see how Fallout plays out, because they need to decide if this packaged deal is worth the trouble it would take to attain it, wouldn’t it? And if this is the case, they’re probably very happy with what they’re seeing- as it just had the biggest opening in the franchise’s history, audiences gave it an A CinemaScore, and critics are positively in love with it. This all mightily helps Henry’s case, don’t you think?

But, again, this is purely my own speculation. I’d love to hear what you think of this theory, so be sure to let me know in the comments below, or over on the twittuh.

With all that’s been discussed here, it can be hard to know exactly how to feel about all of this. I, myself, go back and forth between thinking “They’ll sort this out” and “We’ve seen the last of Henry as Superman.” I can’t tell you how to feel about it, so I’ll just share where I’m at with it today:

I’m cautiously optimistic. I’d say there’s a 60/40 chance they’ll reach a new deal and we’ll finally get some actual movement on the Superman Sequel. Especially with all of the uncertainty surrounding Batman these days, I think it’s in the studio’s best interest to not rock the boat any further. We already know they’re bring back Jason Momoa’s Aquaman, Gal Gadot’s Wonder Woman, and The Hollywood Reporter is confident that Ezra Miller will return for his solo The Flash movie early next year.

So if they can limit the soft rebooting to just Batman, I think that’s a smart idea.

And the smartest idea of all is keeping an actor who seems to love the character and the fandom so much, who’s also a great ambassador for DC and for the legacy of Superman. That’s why I’ve got my fingers crossed, and if I had the resources I’d hire a plane to fly over the WB lot in Burbank and sky-write “LET’S GET THIS DONE!”