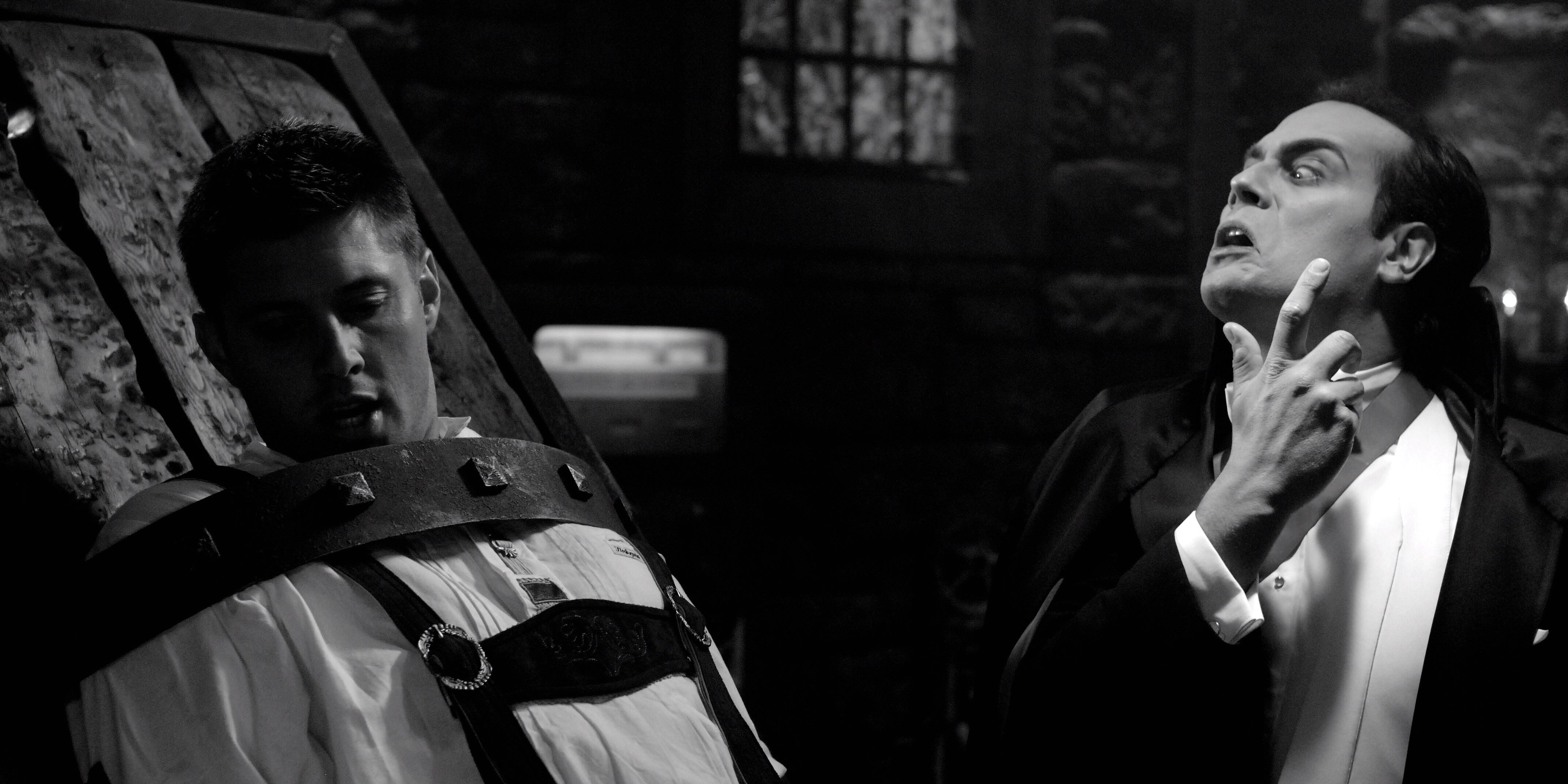 General warning! There are spoilers for Supernatural season 4 below. Check out the reviews I’ve done for previous seasons HERE. I have seen most of the seasons of Supernatural, so I will be talking about how future seasons are set up, so just be forewarned!

Supernatural season 4 suffers most of all from a regular season length, it would have benefitted from a shorter season. But this season has some great character development in it. We’re introduced to angels, with the mains being Castiel (Misha Collins) and Zachariah (Kurt Fuller). Dean (Jensen Ackles) gets pulled out of hell for a heavenly mission, and we find Sam (Jared Padalecki) has been hanging out with Ruby (Genevieve Cortese), learning about his powers. The plot revolves around the brothers trying to prevent 66 seals from being broken by Lillith (Katherine Boecher) and her team of demons including Dean’s torturer from hell, Alastair. The season focuses heavily in on developing Sam and Dean, as well as giving our new characters a proper introduction.

This season is the catalyst between the first three seasons and season 5. There isn’t a new villain, this is what the first three seasons have been leading to. We find the true reason behind why Sam was created in the first place. As such that it’s really continuing a story, the writers spend more time on character development and it really works here. They fill in missing gaps to the story. Like how the Winchesters were on Azazel’s list. Mary Winchester stepped in to save another girl and as a result caught Azazel’s eye. She made the deal to save John from death after Azazel killed her father and mother.

There’s an overlying theme of everyone has one strict destiny no matter what happens, but the irony is, the brothers start defying simple prophecies by one Chuck (Rob Benedict). Chuck writes a book series called Supernatural that follows every bit of Sam and Dean’s lives. More importantly, he’s god in the show. That bit is not revealed until much later in the series. Despite that fact I find I understood more of the show after I found out. It all happens after an episode where the Winchesters are taken out of their lives and placed into normal ones. They find each other, and in turn, defeat a ghost haunting a building. It’s a scheme orchestrated by Zachariah to show Dean he was always meant to be a hunter.

Dean’s idolization of his father gets confronted when the boys find Adam, their half brother, had a normal life. Well as normal of life as you can have when you’re killed by a ghoul. Dean’s realization of his inability to have had that normal life with John Winchester changes his character, almost monumentally, as you see him branch out from things he was copying his father on. He starts caring more about getting him and his brother out of their situation, and giving themselves a life after hunting.

The angels are fleshed out quite nicely, with a surprising twist of them really being for the apocalypse. Introducing Castiel’s vessel’s (Jimmy Novak) family was a great developmental piece, that will benefit Castiel as a character for many seasons to come. Collins is a perfect match up to Ackles’ and Padalecki’s personalities, and it is great he continues with the show. Ackles and Collins work especially well together, and it’s clear why certain fan fictions exist. Zachariah is terrifying, and Anna, well I love her. She’s a phenomenal foil to Castiel.

Overall, this season is fantastic. It does suffer from some bad fluff, but episodes like ‘Criss Angel is a Douchebag’ make the bad worth it. The plot is very simple, but the work the writers put into character development makes Supernatural season 4 one of the show’s best seasons.

Big Bad of the Season: Lilith/Angels

Number of Times Impala Was Destroyed in the Series: 1

Number of Times Sam or Dean Dies in the Series: 4

I’m going to be hitting all of the seasons for a review this summer in preparation for Supernatural‘s final season! There might be an editorial here or there or a favorite characters list as well, so stay tuned as we hit the Road to the Final Season of Supernatural in our Impala, here at Revenge of the Fans. Let us know what you think of Supernatural season 4 on Twitter, Facebook, or Instagram!

Next post Henry Cavill News: He’s IN As Sherlock, OUT As Superman (?), and Can Be Seen As Geralt In THE WITCHER