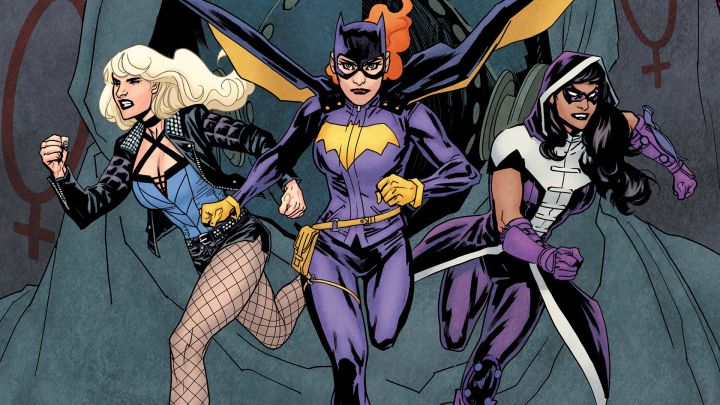 Today we got official confirmation and release date of the much talked about Birds of Prey. Over the weekend we received news of testing actresses for Black Canary, Huntress, and Rene Montoya to star opposite Margot Robbie. Now we have an official release date for Birds of Prey set to release on February 7, 2020, a week before the Valentine’s Day craze, and away from some competition. This means the film will open a week prior Bond 25, and will go head to head with Sony’s Peter Rabbit 2.

Birds of Prey will be directed by Cathy Yan with a screenplay by Christina Hodson and act as a follow up to Suicide Squad. The film is set to pair Robbie’s Harley Quinn with newcomers Black Canary, Huntress, and Rene Montoya as they search for a young Cassandra Cain, who is being held hostage by Black Mask. With a release date of February 7, 2020, principle photography is set to begin January 15, 2019.

Over the years Birds of Prey has had a revolving cast of heroes and villains as part of the team. The core of the team however has traditionally remained predominantly female and with a core group of Batgirl, Huntress, and Black Canary. This iteration of the team will not include Barbara Gordon’s Batgirl as she is set to have her own film, but may include Barbara Gordon. Barbara Gordon so famously donned the mantel of Batgirl for many years, until an accident left her paralyzed. Shortly after, two other heroines assumed the mantel as Batgirl, Helena Bertinelli (Huntress) and Cassandra Cain, the second and third Batgirl’s respectively, and both were featured in the Batman No Man’s Land storyline. Birds of Prey surely won’t go that route, but maybe we get a hint to Cassandra Cain’s future as Batgirl, or the inclusion of Barbara Gordon’s second alter ego Oracle as support to the other heroes on the field.

I cannot help but wonder if the inclusion of Black Mask had anything to do with the Gotham City Sirens project in the works from Suicide Squad director David Ayer. After the release of Suicide Squad, Ayer was brought on board to develop a Gotham City Sirens and hinted at Black Mask as the main villain. Except for a post from Ayer with Harley Quinn co-creator Paul Dini, there has been no other mention of this project for quite some time.

Birds of Prey had a short lived TV series back in 2003. The series featured Helena Wayne as Huntress, Dinah Lance as Black Canary, and Barbara Gordon as both Oracle and Batgirl. The series was an Earth-2 tale where Huntress was the daughter of Batman and Catwoman and featured Harley Quinn and Lady Shiva as antagonists. Look for my RTF Retro Review of the series soon.

Worlds of DC is coming together nicely after the major restructuring earlier this year. Let’s enjoy the ride over the next 16 months as up next we have Aquaman, Shazam!, Joker, Wonder Woman 1984, and now Birds of Prey. We would like to hear your comments in the section below.

Previous post SPIDER-MAN: FAR FROM HOME To Give Spidey A Black Suit?