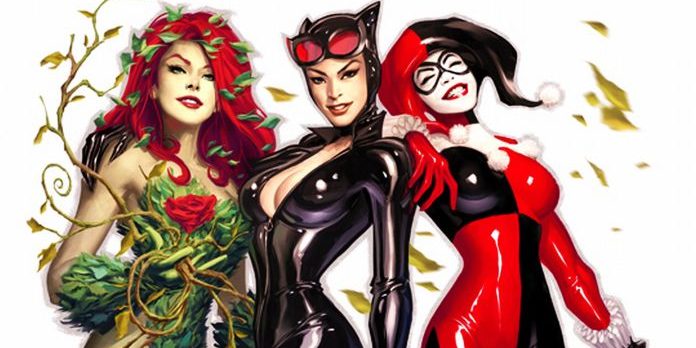 A few weeks back, in a piece designed to share the latest bits of DC/Batman intel I’d come across, I mentioned that Warner Bros. is insanely high on Margot Robbie’s Harley Quinn. So much so that we could be getting a Harley appearance every year starting in 2020 and folks are internally joking that it’s like a Harley Universe. That’s not entirely shocking, when you consider that all of the following projects that are in development include her: Gotham City Sirens, Suicide Squad 2, Birds of Prey, Untitled Joker/Harley Movie.

When Birds of Prey officially got the green light many assumed- myself included- that some of those other films disintegrated like the victims of a Thanos finger snap. Gotham City Sirens, in particular, seemed like a goner because of comments director David Ayer made last year that sounded particularly disparaging towards his experience making Suicide Squad (“[Bright] Ain’t no bulls*** PG-13 studio movie!“). But maybe that’s not the case, after all.

Ayer took to twitter late last night to reveal he’d “had a nice visit” with Paul Dini. Dini is not only known for his amazing work on Batman: The Animated Series (amongst other animated DC gems), and for co-creating the character Harley Quinn with Bruce Timm, but he also- specifically- created the Gotham City Sirens with Guillem March!

Now, could this be a coincidence? Sure. But that seems way more far-fetched than it not being a coincidence. When you have the man who was announced to be developing a movie based on a particular property flaunting on social media that he’s met with one of the creators of that property, it’s not a stretch to assume they were talking about the development of said movie.

Next post SUPERMAN: Making Sense of Both Sides of Cavill’s Contract Talks