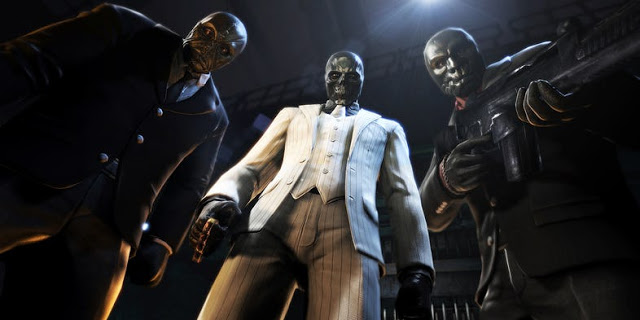 DC’s Birds Of Prey has found its villain in crime boss Roman Sionis, AKA Black Mask, sources tell The Wrap.

The Birds of Prey consists of Dinah Lance,who has adopted the alter ego Black Canary and can unleash sonic screams using her metahuman powers,  Harley Quinn, former bad guy and ex-girlfriend of the Joker, GCPD officer Renee Montoya, Helena Bertinelli, a vigilante in Gotham using the alias Huntress, and the young vigilante Cassandra Cain, who is about eleven years old. Original Bird’s of Prey member Barbara Gordon will not be featured in this film, but she is expected to be the titular character in the Batgirl movie.

The story will focus on the Birds of Prey coming together to protect Cassandra Cain from Gotham City crime lord Black Mask. You can read the official synopsis below.

“After splitting up with The Joker, Harley Quinn and three other female superheroes – Black Canary, Huntress and Renee Montoya – come together to save the life of a little girl (Cassandra Cain) from an evil crime lord.”

According to Omega Underground Alexandra Dadario is on Warner Bros wishlist to play Huntress, with The Town‘s Blake Lively, The Crown‘s Vanessa Kirby, and Killing Eve‘s Jodie Comer among some of the names on WB’s list to play Black Canary. No names have been mentioned for Renee Montoya, and it is very likely they get an unknown actress for the role of Cassandra Cain.

Margot Robbie, who plays the role of Harley Quinn, is a big driving force behind the film, as she is producing it under her production company LuckyChap. She confirmed that Harley Quinn will get a new costume that differs from her Daddy’s Little Monster shirt, shorts with fishnets, and pumps that we saw in 2016’s Suicide Squad.

“No, honestly it’s because the costumes haven’t been designed yet but yes, she’ll have new looks. There will be new Halloween costumes out there, one day.”

She also teased an R rating for the film.

“I pitched the idea of an R-rated girl gang film including Harley, because I was like, ‘Harley needs friends.’ Harley loves interacting with people, so don’t ever make her do a standalone film. She’s got to be with other people, it should be a girl gang. I wasn’t seeing enough girl gangs on screen, especially in the action space. So that was always a big part of it.”

Dead Pigs‘ director Cathy Yan is helming the project with a script from Bumblebee scribe Christina Hodson. The script reportedly impressed WB so much they gave Hodson the Batgirl as well.

The film is expected to begin production January 15th in LA and is likely to release in 2020.

Are you excited for the new Harley Quinn film? Are you excited to see Black Mask make his big screen debut? I know he’s one of my favorite villains and the more I learn about this movie the better it sounds!

Next post Jon Favreau’s Live-Action STAR WARS Series To Have 10 Episodes, Made With A Staggering Budget