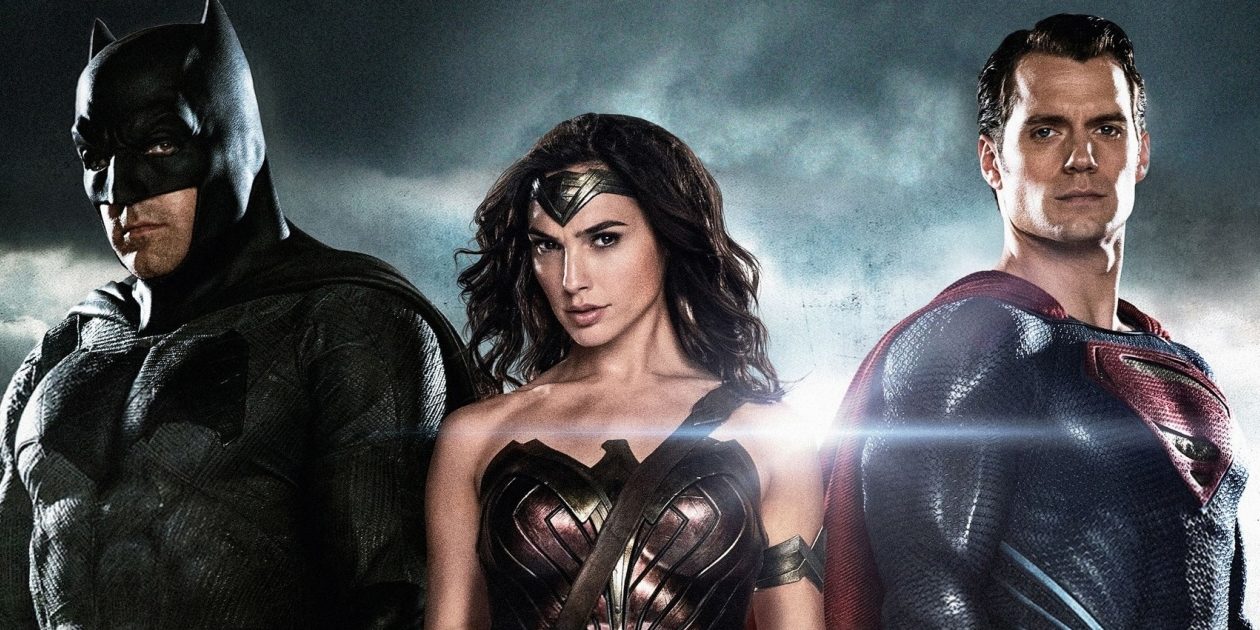 Man of Steel was a film that had a few underlying goals for Warner Bros and DC. For starters, it was their attempt to bring the King of All Superheroes, Superman, back to the top of the mountain after the last attempt at such a feat failed to do so back in 2006. But it was also now 2013, and pop culture was buzzing about the idea of “shared cinematic universes,” thanks to what Marvel Studios had kicked off in 2008. So aside from trying to bring Superman back into the fray in a big way, there was also hope that the film could nudge the door open for a shared DC Universe.

The irony, of course, is that had WB/DC stuck to their original plans around the turn of the century, they would’ve had their own thriving shared universe by then and Marvel would’ve been seen as late to the dance. While I’ve written about this topic in a very in-depth way in the past (which you’re welcome to read HERE), I’ll summarize what I mean by simply stating:

In 2003, Warner Bros. hired Wolfgang Petersen to develop and direct Batman vs Superman, and casting meetings had even started when the studio decided that rather than rushing into a clash between the two icons they’d rather relaunch their solo franchises first. So the project morphed into two separate films, Batman Begins and Superman Returns, with the ultimate hope being that they could cross the streams and get the two heroes into the same movie one day.

But then Batman Begins became a success, while Superman Returns wasn’t, Christopher Nolan was given free reign to do whatever he wanted with his Dark Knight, and the team behind the Man of Steel moved on to other projects while the character slipped back into re-development. Nolan would close off his world, as part the freedom the studio had given him, and so the idea of a shared world disappeared.

Nolan, his brother Jonathan, and David S. Goyer developed the story for a Superman reboot, and hired Zack Snyder to direct it. The idea was to create the new, modern gold standard for Superman’s origin story the way Batman Begins had done for the Dark Knight. But beyond that, they wanted to create a space where- if successful- Man of Steel could pave the way for a shared world.

The film played that hand very subtly, mainly with blink-and-you-miss-them nods to Wayne Industries, allusions to Supergirl, a character that may or may not be Hal Jordan’s future love interest Carol Ferris, Blaze Comics (a nod to Booster Gold), and more. But the primary focus was Superman (as it should have been), with those other elements being woven into the film’s DNA in ways that didn’t distract while also giving hardcore fans some fun things to ponder.

The film came out and did solid- if unspectacular- numbers. To put it into perspective, the previous two films from the creative team behind Man of Steel had each cleared a billion dollars; The studio had invested a reported $225 on this solo film, which was more than Marvel Studio’s had spent on their superhero smack down The Avengers the year prior, which earned a whopping $1.5 Billion; and the Superman reboot only ended up making $668 Million.

Not a bad figure, by any stretch. And by Superhero Origin standards, it whooped the tail off of Marvel’s Phase One movies. But still, it wasn’t a figure that had the studio rejoicing. And it’s a figure that was dwarfed the previous year by another major reboot for a beloved character- The Amazing Spider-Man– that raked in $758M on a budget $25M less than WB had spent on Man of Steel.

It would be three years before WB/DC followed up on Man of Steel, and it did so with Batman v Superman: Dawn of Justice.

While MOS played the “shared universe” concept so gently that you wouldn’t be faulted for missing it, BvS came out swinging for the fences. In the theatrical cut’s two and a half hour running time, we saw Batman, Wonder Woman, The Flash, Cyborg, and Aquaman get introduced into the world established in Man of Steel.

It was a bold move, and a clear signal to audiences around the world that DC now had a massive, shared universe of its own.

The world responded to this by giving it $205M more than Man of Steel’s decent box office haul, with $873M.

The plan was to have Batman v Superman be the launchpad for a shared cinematic DC mythology, with the next few films all expanding on seeds that were planted in Zack Snyder’s film:

That was the mainline plan that would’ve carried us into 2019, with other films like Cyborg, Shazam, and Green Lantern Corps also on the horizon, releasing before and after JL2 and ending this first wave of shared DC titles in 2020.

But, as we now know, that plan has deviated quite a bit since March of 2016, and while there was plenty of progression on the ideas introduced in Dawn of Justice, there’s also been a fair bit of backpedaling. And that attempt to reverse course, away from a fully interconnected DCU, and towards a universe that’s more reliant on standalone stories, reached its zenith when Geoff Johns and Diane Nelson told Vulture in September of 2017 that the new plan was to move each character off onto their own island for the foreseeable future.

It was partly because of the success of Wonder Woman, which was easily DC’s biggest cinematic success story since Nolan’s The Dark Knight Trilogy, and it was also partly because they wanted to move away from some of the more polarizing elements of Snyder’s building blocks for their shared universe. In that way, loosening the binds that tied these DC films together served a dual purpose.

That’s seemingly one of the reasons the studio was okay releasing a somewhat toothless version of Justice League into theaters. For them, it was more important to scrub the Snyder off of these characters in order to give a new crop of filmmakers free reign to take them in new directions, than it was to properly build upon his earlier plans.

Which brings us to the question: What now?

Continue On To Page 2 To Find Out!

Next post UNCHARTED Movie ‘Close To The Starting Line’