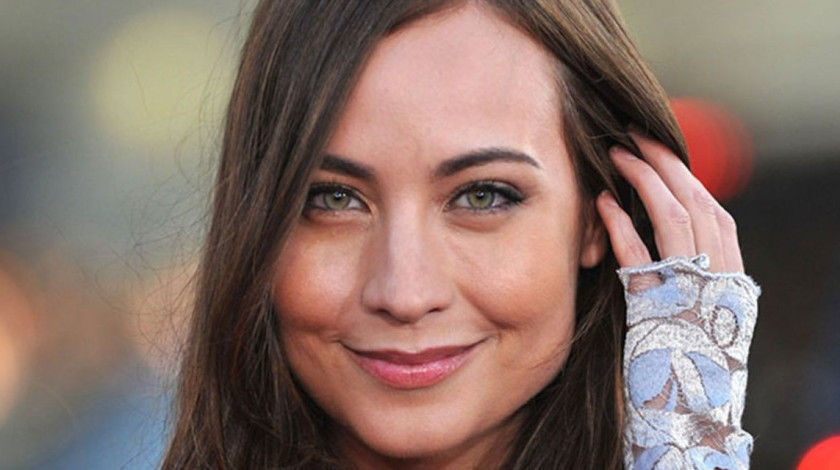 The Arrowverse will never escape the Darhks. While Neal McDonough has constantly brought Damien Darhk back to the universe, last season on Legends of Tomorrow he brought with him his daughter Nora, played by Courtney Ford.

According to Deadline, Ford will be on the show full time for the upcoming 4th season.

Whatever the story line, it is safe to say that Nora’s story will intersect with Ray Palmer (Brandon Routh). They formed quite a bond last season, and her exit, at the hands of Ray Palmer, definitely left the door open for her return.

Earlier in the year, executive producer Phil Klemmer gave an interview to TV Guide, about what to expect for season 4.

“There are more changes coming. We don’t want Legends to just remain in stasis. We’re gonna have at least a legend, if not two, kind of breaking bad next season. And then, presumably, we’ll find another new Legend along the way.”

That quote from Klemmer has always stuck with me. If Nora wants to follow in her father’s footsteps, without the influence of a demon, she could, and persuade sweet Ray Palmer to join her.

On the other hand they could flip it on its head, and have Nora Darhk come into help against the ones who have turned bad. Having been in their shoes, and owing Palmer, and maybe wanting to get out of her father’s shadows, could potentially be why she helps. There is a lot of potential with her.

With Matt Ryan’s Constantine and Jes Macallan as Ava both also being upgraded to full time cast members, the Wave Rider will be quite full. One of them can take Wally West’s room though, since Keiynan Lonsdale is leaving the Arrowverse.

Fun fact: Courtney Ford is the real-life wife of Brandon Routh, which I didn’t know until I went to write this story. That certainly explains the great chemistry they have on set together. Two Legends in the same family! Their children will have a lot to live up to.

What do you want from Nora Darhk in the fourth season?

The 4th season of Legends of Tomorrow premieres Monday October 22, at 9/8C on The CW.