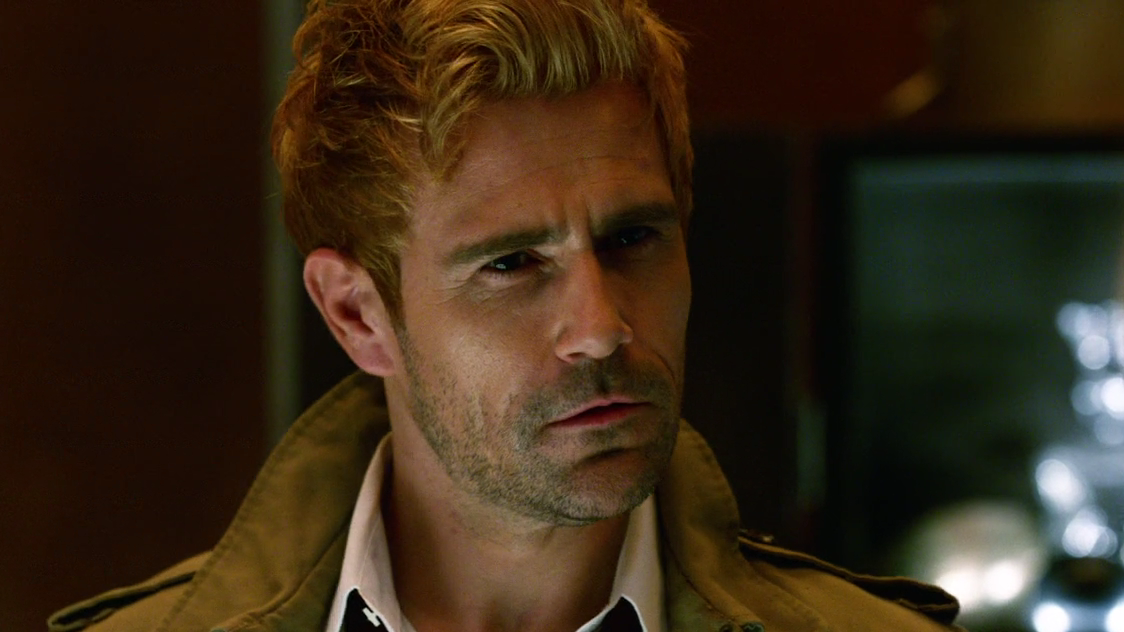 Matt Ryan started playing Constantine in 2014 for NBC. It got swiftly cancelled after one season. Ryan and Constantine were not done with each other though. After that, he appeared in an episode of Arrow. Then voiced the character in the animated DC Feature Justice League Dark. His popularity continued to increase, as he got his own animated series Constantine: City of Demons on CW Seed, and after having a recurring role on the 3rd season of Legends of Tomorrow, will be a series regular for the 4th season.

Ryan has played Constantine on 5 different properties. That is an awfully rare feat. In an interview with The AU Review, Ryan talks about his journey playing the character that keeps coming back.

“The fact that the show was originally short-lived, we only did 13 episodes, and with every corner of this journey with this character, I thought that it was the end. The show was cancelled, I thought that was it, and I was about to start to do a play on Broadway, and they asked me to do the episode of Arrow, and I was really pleased about that. But, again, I thought then, that it was over. Then I went and did the Justice League Dark animation movie, and then Constantine: City of Demons, so at every corner, I thought of this character as being over. And then, they keep on getting me back, so it’s a great privilege, really, to be playing such an iconic character in, over all these different mediums. Now I’m really looking forward to having a good run at the character over a full season on Legends of Tomorrow.”

As a working actor, Ryan has had to say goodbye to Constantine when a project ended in order to keep working and doing new things. So every time, he had to let go.

“I mean, you have to let it go. At each point, I’ve let it go, and gone, “Okay, well, that’s done, and there’s lots of other interesting roles out there, but who knows all where my career will go?” There’s always an exciting element when you finish a job, and you don’t know what’s on the horizon, because it could be anything, which is interesting.
But I always was surprised at every turn, and turn of the key, with this role, that I was still playing him. At one point, I was like, “God, it’s four years ago now, when we started the Constantine show for NBC, and here I am, still playing the character.””

As for playing the character on Legends of Tomorrow, Ryan is excited at the opportunities it presents due to the unique nature of the show’s time travel structure.

“Well, doing Constantine on Legends of Tomorrow is different to, obviously, Constantine, or even the Hellblazer comics. There’s so many different elements of the character, which I think the writers of Legends, Arrow, and of Constantine, always did a great job of bringing those out. In terms of particular storylines, we did, and start to explore, we explored a few of those on the NBC show. That was great, to watch those writers kind of adapt in those stories, and see them through the medium of television. But there’s so many great stories in the comic books, and as I say, what’s great about them is just reading them, kind of gives me a little bit more, kind of history to the character, and a little bit under more my skin towards him, as well. And there’s always other elements of the character, and it’s great, but we can bring those to the fore in this show. That’s one thing I love about John is, he has so much going on and there’s so much more to explore that keeps you interested, and how they make of it in the character, as well. Because there are all these weird story lines that are being written over the years, that people always draw on them.”

If there are weird story lines for Constantine, Legends will jump at the chance to use them. Television’s most ridiculous show can really use the lesser known parts of Constantine’s history to their advantage. It is just a matter of execution now.

I for one, am glad to see Constantine get his due. I never watched the NBC show, but the people that I know who have, loved it. Outside of Legends and his animated show, I don’t know what the future of the character will be, but Ryan seems to genuinely like playing him, so expect the two to be intertwined for a long time.

Legends of Tomorrow returns in the fall on its new night – Monday – at 8/7C only on The CW.