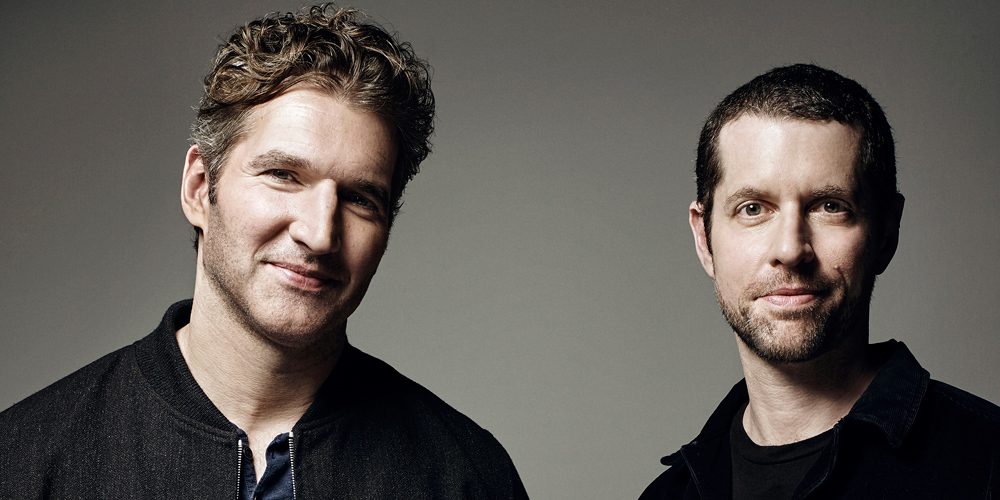 With Game of Thrones currently demanding the attention of the masses, fans of the showrunners (David Benioff and D.B Weiss) will finally be given more content and in the form of one of the most popular franchises in cinema history.  During his appearance at MoffetNathanson Media & Communications summit, Walt Disney Chairman Bob Iger confirmed that after the release of Rise of Skywalker, Weiss and Benioff would helm the next film in the Star Wars franchise.  Iger also confirmed that fans should anticipate the film’s release during 2022, as was revealed last week.

Here’s what Iger said, in his own words:

“We did a deal with David Benioff and D.B Weiss, who are famous for Game of Thrones, and the next movie that we release will be theirs. And we’re not saying anything more about that.”

Iger also discussed some of the other projects within the Star Wars franchise that are currently in the works and Disney+ appears to be playing a major role.  Currently, there are two Star Wars Shows in development that will release onto the streaming platform but do not expect to see them anytime soon.

Here’s Iger on that subject:

“[We thought] it would be smart for us to take a bit of a hiatus while we figure out what’s next. Now, we’re not going to wait until [The Rise of Skywalker] is released and start figuring it out, we’re actually hard at work doing that already,” he said. “The conclusion that we reached was that three years was the proper amount of time to not only take a breather and reset, but to really gear up for the next film’s release.”

Regardless, fans will still be kept satisfied with the release of Rise Of Skywalker, the Weiss Benioff film and even The Mandalorian, which is also set to release later this year.

Are you excited for the next Star Wars film?

Previous post Skarsgard Discusses How Pennywise Has Changed In IT: CHAPTER TWO

Next post Disney Now Has Full Control Of HULU