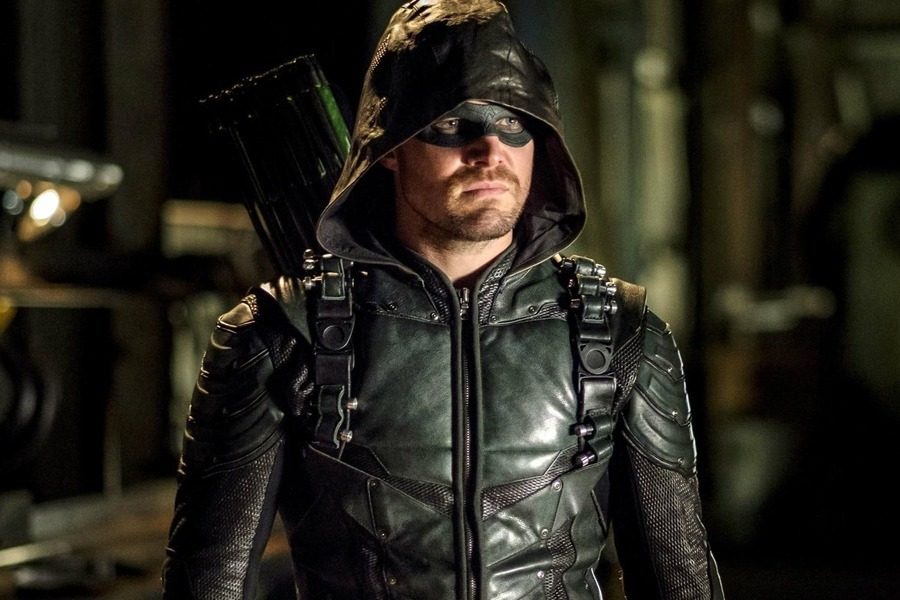 Arrow is gearing up to begin soon, and they are pulling no punches – literally and figuratively. They seem to be going all out which is evident from the new trailer just released, which you can watch below.

There are a couple of things worth noting here. One, it’s curious why Felicity would yell for Oliver in the woods, when she knows damn well he is in prison. There has to be more than meets the eye there. Next, there is another character pretending to be the Green Arrow, who I can only assume is Roy Harper, since Colton Haynes is a series regular again.

Oliver seems to be on his own mission in jail, even if that mission is pacifism for the sake of his wife and son.

Stephen Amell has really been promoting this season, and wanted it written like it could be its last. In fact, the season has been so intense, that the CW censors had to get involved in one particular sequence. No word if it was the naked shower scene shown in the preview.

Malcolm Merlyn nonwithstanding, this is the first time a villain has returned in a substantial role. Ricardo Diaz is here to reek havoc once again.

Does the preview get you hyped up for this season? Let us know.

Arrow premieres Monday, October 15 at 8/7c only on The CW.