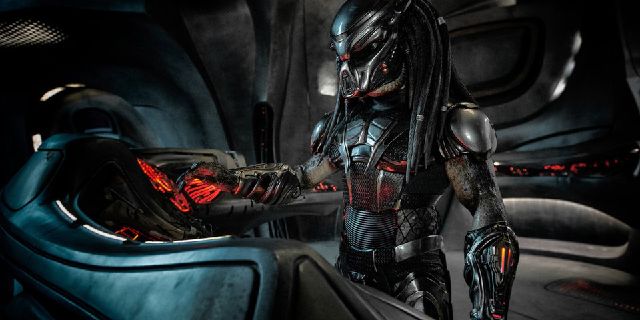 It’s widely known that Shane Black’s The Predator movie underwent a decent amount of reshoots lately, and today we’ve got the director himself going on the record to explain what that was all about.

Now, before everyone panics about the word “reshoots,” they are a common occurrence in the film industry that- in most cases- end up making the final product even better than originally planned. While there is a famous recent example of a film that got re-shot extensively to very- ahem- varied results, that sort of thing is the exception, not the rule.

A great example of a film that got some last minute sprucing up is James Wan’s The Conjuring 2. Valak the Nun wasn’t even in the movie until reshoots took place, and the character would go on to be so popular that she’s getting her own movie later this year!

In the case of Shane Black’s The Predator, there is a very simple explanation for the additional photography: The final battle is being changed from day to night, which Black revealed in an interview with Collider. Read his full statement below.

“When I saw the footage in the day, the climax of the movie doesn’t look right, it doesn’t look scary in the daytime. And so enough people agreed that to a large extent and then we decided to streamline the plot so we could afford to go back up land really just concentrate on the scarier elements doing it at night, so literally, as they say, as they’ve said, the difference is night and day. We took everything out of day and put it into darkness.”

All in all, it sounds like Black knows what he’s doing and I’m not too worried about these reshoots. Do you like these changes? Are you excited for the new Predator movie? Sound off in the comments!