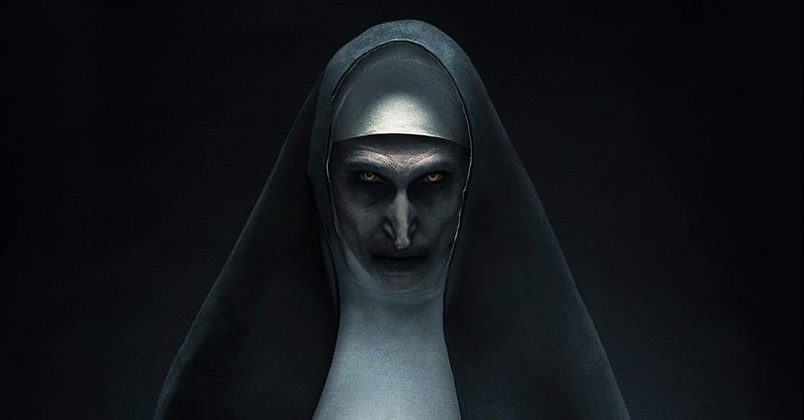 A couple of days ago, director James Wan took to twitter to clarify some misconceptions about the reshoots currently being undertaken for Aquaman. In doing so, he casually mentioned how standard it all is and how he’s practically always had a period of reshoots, pickups, and additional photography for his films and offered up some intriguing examples. One of them was a startling revelation about the nun who stole so many scenes in The Conjuring 2:

I’ve directed 9 features over the course of my career thus far, & only ONE of those (Death Sentence) didn’t have additional photog/reshoot. On SAW, I dumped buckets of blood on @LWhannell’s head. On Conjuring2, I added the Demon Nun. On Furious7, I had Dwayne drive an ambulance.

A few people picked up on that little tidbit he threw into the middle of that tweet. “On Conjuring 2, I added the Demon Nun [during reshoots],” he casually said. When asked for clarification on that little bombshell, he added:

Oh man, can of worms. Lol. For some reason as I was developing the script, I couldn’t quite fully see the full picture in my head. But knowing I’ll be back for additional photog, I kept developing it. Then finally in editing, once I had the whole story, it became clear as day. https://t.co/c4wLB7hjLt

For horror fans, and people whose imaginations were set ablaze by the nun in The Conjuring 2 (like me), it’s crazy to think that this character wasn’t in the initial cut of the film. That fact is made all the more insane to think about when you realize that the character was so intriguing for audiences that New Line is preparing to release a movie called The Nun that focuses solely on her, just like the other Conjuring spin-offs that focused on the Annabelle character from the first film.

New Line, in a stroke of genius, is capitalizing on the sudden buzz around the nun by releasing this first official image from the upcoming film:

The Nun, directed by The Hallow‘s Corin Hardy, is set to arrive on September 7.

With all of the breathless excitement for horror films lately, this thing is sure to be another hit for New Line just like last year’s It, which released at virtually the same time.

Next post Wade Refers To Brolin’s Cable As ‘Thanos,’ Takes Shot At DCU In Final Trailer For DEADPOOL 2