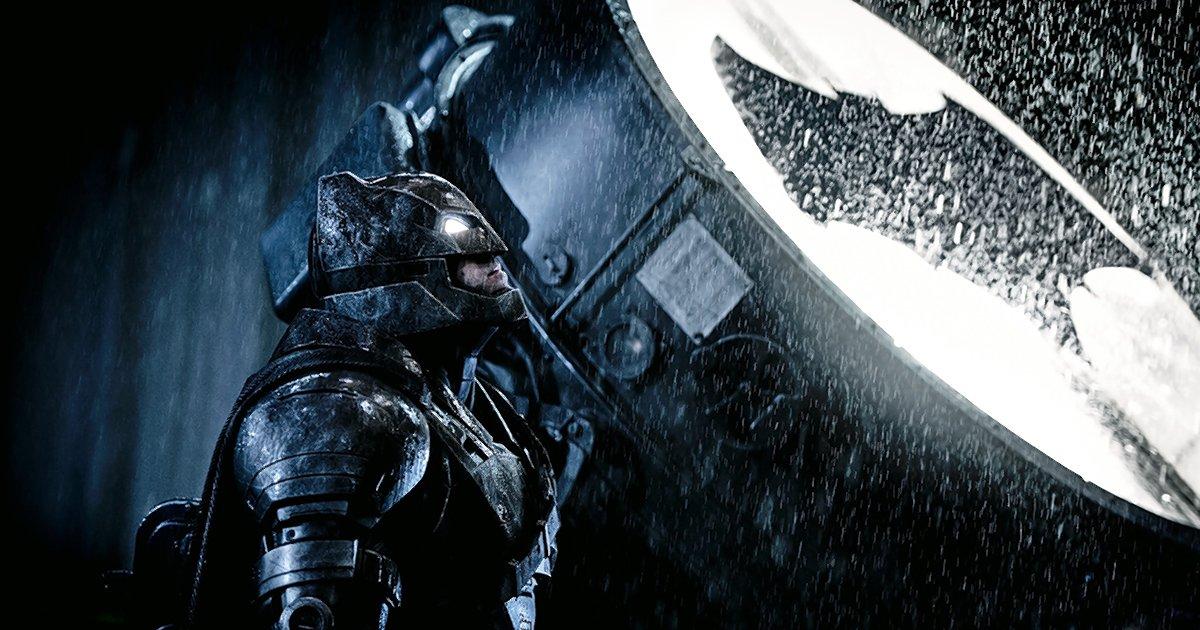 This week, we’re delighted to share a column by reader and listener Trey Jackson. He was inspired to write this piece as a response to something that was written by Rick Shew over at Batman-On-Film. Shew wrote a column about why he feels Batman works best in a world without super-powered demigods, where he essentially becomes “The Justice League’s Chauffeur.”

Revenger Submission: “A (Bat)man Among Gods”

An op-ed written over a month ago on Batman-on-Film is still generating a great deal of discussion in Batman fan circles.  In the article entitled “A Batman Without Gods” author Rick Shew argues that in live action movies, Batman as a character simply doesn’t work alongside “gods,” i.e., other members of the Justice League and the more powerful villains of the DC universe.  His main contention is that Batman, as a mortal human being, will always be reduced to uselessness when surrounded by the Justice League, and will be irrelevant when fighting against enemies that are powerful enough to warrant the Justice League teaming up.  Since these limitations are a function of the character, Rick argues, Batman is better left on his own.  And perhaps most importantly, no level of filmmaker execution can solve what Rick takes to be this intractable problem.

Rick does a great job stating his case and using examples from recent DC movies as evidence to his point.  In subsequent interactions on social media, he’s emphasized that his preference is to see Batman without gods, and this preference is his primary motivation for writing the article.  But I don’t want to undersell the bold claim he’s made here, a claim that I respect.  Read his article carefully, especially the following, where he laments having Batman appear alongside Superman:

“But once you do that to Batman in a live action film, the character not only loses all of its magic, it actually renders Batman rather useless. And it certainly makes him far less interesting.”

Even though this is marked as an “opinion” piece, the only reasonable way to read this is as a definitive statement about the character in live action.  There’s no “to me” or “I prefer” anywhere in the article.  And that’s okay, because these kinds of statements and questions are what writers, filmmakers, and yes, even fans, bounce off each other all the time.  Batman has real boundaries as a character, and good arguments about what those boundaries are will facilitate better realizations on screen.  So out of respect for Rick and what he’s written, that’s how I’m taking his article, and that’s what I’m responding to.

Examples From the DCU

Rick mentions three instances in particular that are supposed to prove his point.  In the warehouse scene/Martha rescue, as cool as it was, Superman had no business sending Batman to deal with a problem he could solve himself, especially when his mother’s life was on the line.  Here is where I think better execution could make all the difference, even though Rick does not.  Snyder already gave a somewhat plausible reason for Batman rescuing Martha: Alfred was tracking KGBeast’s phone, so Batman knew where he was.  Better storytelling would have included some more urgency at the crashed Kryptonian ship that only Superman could handle, forcing him to trust Batman to save Martha.  That, plus more development of their trusting each other would justify Batman’s being there instead of Superman.  These are some of the ways, along with several other possibilities, that Batman can meaningfully contribute to the plot alongside super-powered characters.

The second instance, the Doomsday fight, could have been jettisoned completely with more time devoted to taking down Luthor.  But even with Doomsday included, Batman contributed by leading him away from the city and could have contributed more had the writers just left him with more kryptonite weaponry after fighting Superman.  Again, that’s an issue of execution, not due to an essential feature of the character.  Similarly in Justice League, with the opening Parademon scene, putting the league together, and Superman’s resurrection, Batman’s actions reveal important information to the audience and move the plot forward.  Not liking what he did is a different complaint than saying he can’t meaningfully contribute.  And even in the final fight, he wasn’t given his traditional Justice League role as strategist.  The writers didn’t give him an opportunity to out-think Steppenwolf.  That’s not because they couldn’t, it’s because they had the unenviable task of rehabilitating Superman on screen due to his premature death at the end of BvS.  Superman had to take center stage because he was short-changed before.  That’s not due to a limitation of Batman, that’s an indictment of how Superman had been handled previously.  Execution is the key.

Rick rightfully points out that what has worked before are grounded, solo Batman movies from Burton and Nolan.  That’s true, and certainly worth keeping in mind.  But apply that same logic in 1987 and you’re arguing for only Adam West-style Batman on film.  And if we stick with only what has worked before, we’re preemptively ruling out huge sections of narratives and characters from the DC universe.  The fact is, Batman does have limits due to what’s essential to him as a character.  But those limits have been tested before, to varying degrees of success.  A good team of writers and filmmakers can do what others have done: mine his character and his world for new and interesting stories that are true to his essence but frame him in ways we haven’t seen yet.  Granted, there’s obviously a line between what works in comics and what works on film.  But unless we’re ready to say where that line is and why it’s there, and that we mean “works” in the narrowest sense of what we’ve seen before, we’re not advancing the conversation.  We’re just assuming that characters and narratives fall on one side of that line or the other.  I’m open to letting writers and filmmakers give their best effort, their best execution, and then judge the results.  (Just to clarify, the prudent thing for WB to do right now is build trust in their brand and these characters, including Batman, through solo films first and foremost, as I argued in a previous submission. I’m only saying that team-ups and crossovers shouldn’t be off the table; not that they should be mandated.)

The Human Heart of the Justice League

I believe we should wait and judge the results of a well-executed movie featuring Batman among “gods” before we determine whether or not his character can belong there.  But I want to see it for other reasons as well: I think the Justice League is better with him present.  Here these super-powered beings are, sworn to protect and defend humanity, and in Batman, they are confronted with the best humanity has to offer, a man who challenges and sharpens them in unique ways.  Superman’s idea of justice is to put the world on his back in an aspirational/”look to me” style of heroic leadership.  Batman prefers to remain anonymous, working to achieve justice one night and one city block at a time.  How will they interact when there are wrongs to be righted?  Wonder Woman is primarily motivated by love for humanity, while Batman is driven by a strict moral code that borders on vengeance.  What will they offer each other?  Green Lantern, a character we’ve barely seen in this current iteration, protects the universe by harnessing willpower as the antithesis of fear.  Batman protects his city with fear as his greatest asset.  Can they even stand together, on the same side of a conflict?  This is the kind of rich narrative material I want to see.  My preference is to see it realized on screen.  I don’t know if it will work as well as I hope, but I’m anxious to give it a chance.

We hope you enjoyed Trey’s column. Feel free to leave him some feedback in the Comments section below, and if you’d like to submit something to Revenge of The Fans, all you have to do is CONTACT US.

Next post CAPTAIN MARVEL Will Be A Unique Origin Story That Brings Back Some Familiar Faces, Says Feige