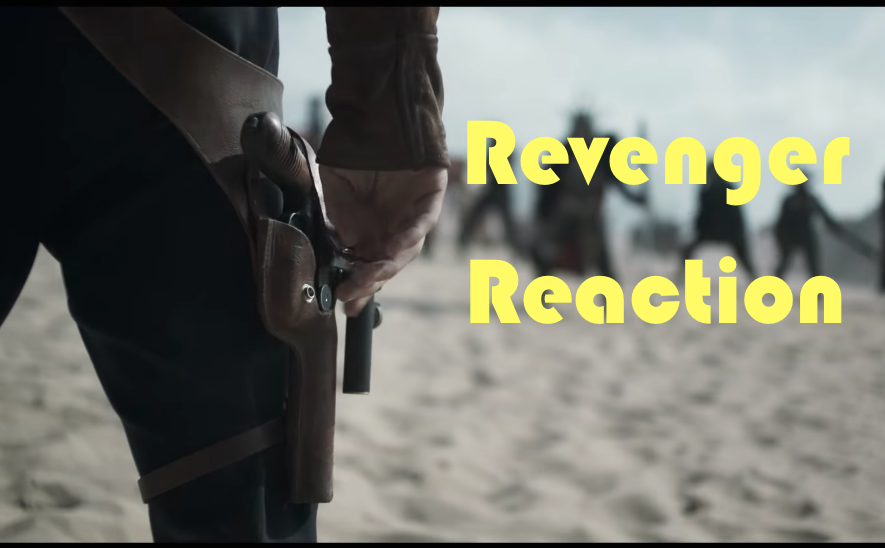 Aaron Virola, a reader/listener/supporter of Revenge of the Fans, and all-around Star Wars fanatic, is back with another dissection of what’s going on in that galaxy far, far away.

Check out his two cents, and let us know if you agree/disagree with him:

If you want to publish a vlog or column here on Revenge of The Fans, all you have to do is become a regular. Visit the site, comment on articles, share the posts, be a part of the conversation! And if you want to get bumped to the top of the list, become a Patron! Every little bit of support helps, and we always show our appreciation!

What do you think of Aaron’s reasoning? How did you feel about the trailer? What’s your current excitement level like, now that we’ve finally seen some footage and scoped out some epic posters for Solo: A Star Wars Story? Make like Aaron and sound off! Use the Comments below. We’ll see you there.

Solo: A Star Wars Story is only a few months away. May 25, here we come…

13 thoughts on “Revenger Reaction: “Why You Should Be Excited AND Scared For SOLO: A STAR WARS STORY””

Previous post The Full Trailer For Dwayne Johnson’s SKYSCRAPER (Which Is NOT A DIE HARD Remake) Is HERE!