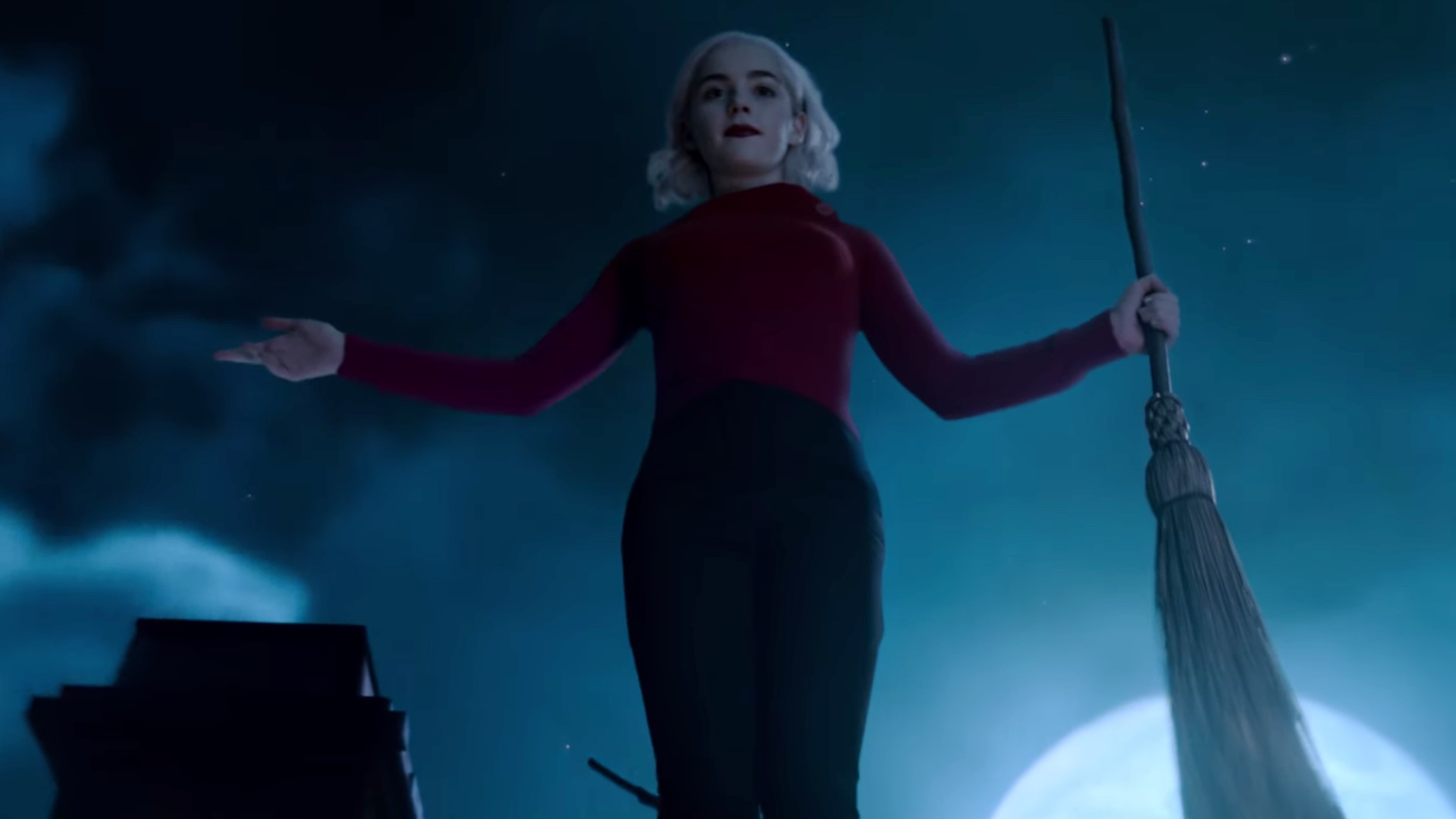 Oh how the time has flown by! After the shocking finale to the first season Netflix’s runaway hit series Chilling Adventures of Sabrina, fans have been waiting for some time to see what would happen next to the Spellman family and Sabrina’s friends. The streaming service gave audiences a small taste of things to come with last year’s holiday special and an early teaser for the anticipated Part Two came soon after. The first season’s success was so massive, a third and fourth season was ordered before the year came to an end! Now with Part Two only two weeks away, fans now have a new trailer to feast upon in until it premieres on April 5th!

There’s quite a lot to unpack here! Naturally the trailer’s official thumbnail and certain parts of the trailer point towards a love triangle subplot between Sabrina, her ex-boyfriend Harvey Kinkle and new warlock classmate Nicholas Scratch will factor into the story, but I’m personally more interested in other things. Namely how the show appears to be handling how Sabrina’s choice to sign her soul away to Satan to save the town of Greendale last season is impacting her. The first teaser hinted that the Dark Lord would order the young witch to burn down her former high school, which opens up the trailer. From there, things grow more and more crazy.

Sabrina admits that she feels more and more drawn to a darker path- but she doesn’t think that’s necessarily a bad thing (Uh oh). One scene reveals that bloody scratch marks have appeared on her back, another shows Sabrina suddenly teleporting away from her best friend Roz. Then the teenage witch declares that she can either fear her powers or use them. It all builds and builds until we see Sabrina standing on a rooftop at night, in Christ pose with a broom at the ready. Then we get the proverbial “post-credits tease” of who appears to be a new human host of the Dark Lord meeting with Sabrina in person.

Between this and both Shazam! and Pet Sematary arriving in theaters on the same day, I think I’m going to have a very busy April 5th! I can’t wait!