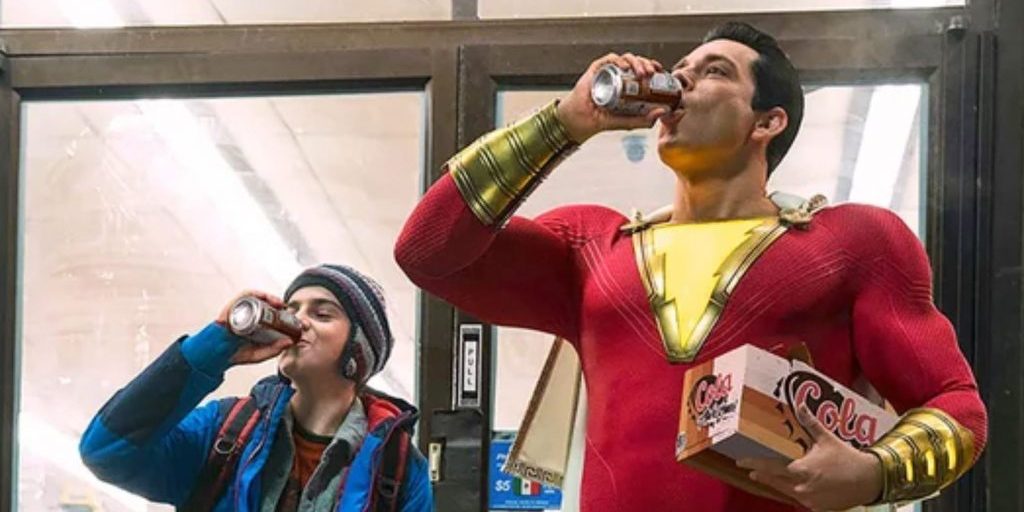 Hot off of the success of Aquaman comes DC’s next venture, Shazam starring Zachary Levi. While we wait on that hotly anticipated second preview, a new TV spot was released this weekend, which you can watch below.

There is some fun stuff in here, that definitely sets the tone of the movie which is…fun. That is the best word to describe it. Cheap fun too, as the film apparently only cost $80-$90 million to make, according to THR. Yes that is more money than anyone reading this will ever see in their entire lives, but as far as superhero blockbusters go, it is pretty low-budget.

A lot of that can be chalked up to using practical effects, instead of CGI. Shazam’s director, David F. Sandberg took to Instagram to offer a cool little tidbit on one of the scenes from TV spot.

Fun fact: That ferris wheel is not CGI. We destroyed a real one. But not before @maxime.alexandre and I could take a ride.

“Fun fact: That ferris wheel is not CGI. We destroyed a real one. But not before [Maxime Alexandre] and I could take a ride,” reads the caption.

Hopefully the profit margin is large for this. If it does as well as Aquaman, it should be fine.

Next post M. Night Shyamalan Talks About The Ending Of GLASS