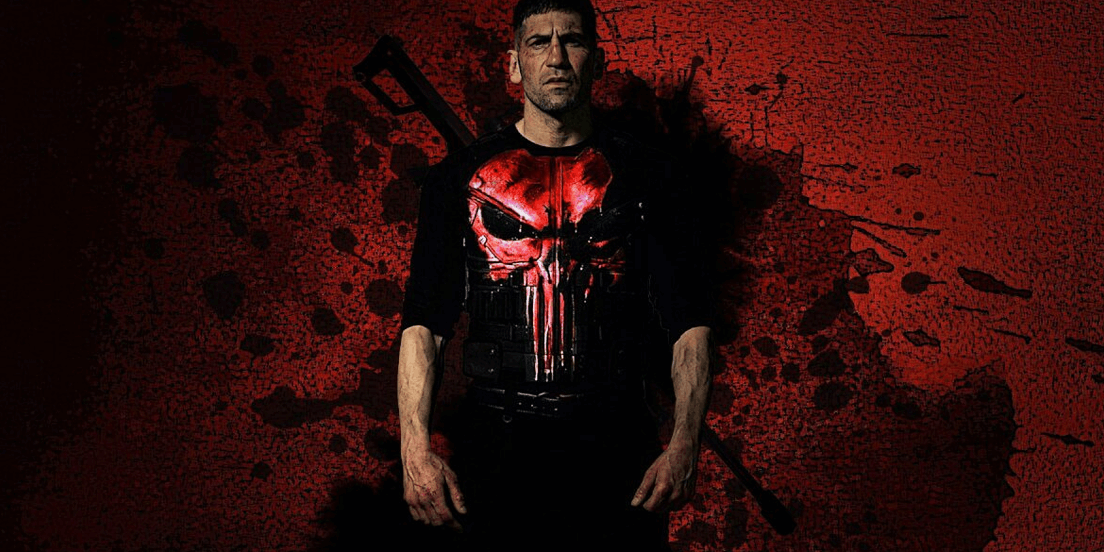 When we last saw Frank Castle, he’d been inexplicably absolved of all his many sins. It was tidy ending for him. Convenient. But guys like Frank can never keep their hands clean for long. Despite the allure and promise of what a simpler life may offer, the pull to the darker side is always there—lingering, waiting to grab hold.

Frank has demons—a fact we’re reminded of early in the premier episode of  The Punisher‘s sophomore season—yet he is also free now. He’s avenged the murder of his family, and he’s living a life untethered. He’s on the road; he’s alone. The burden that had weighed him down has been lifted.

The unencumbered life suits him. It opens him up to possibilities, and as an audience, it makes us almost hope that he can remain that way. He’s never more human than in the moments he provides us those glimpses of himself. That accessibility comes through a fateful meeting—in more ways than one—with a local bartender Beth, played by Alexa Davalos.

Beth is the perfect foil for the more mild Frank. She brings out that compassion in him. Like Microchip’s family in the first season, she almost serves as a keyhole into the man he used to be. The fleeting nature of their relationship is foreshadowing what’s to come.

We know such an existence—emotionally entangled, engaged in something more meaningful—is no longer  meant for him. Inevitably, he must become the titular character. That Frank lacks nearly all those traits we see in the first half of this episode. That Frank, just as the Incredible Hulk, is uncompromising. He reacts on instinct alone and does what’s necessary.

In this case, Frank’s seemingly innocent meeting with Beth leads him to something that commands his darker nature—a girl, on the run and being pursued. Her plight is all the trigger he needs to abandon the enticement of a life without conflict.

Frank stays for Beth; he wants to choose the right path. Then, the inevitable fork appears. As it does, the road less travelled dissipates in his rearview. He changes. The Punisher is back. Pete Castiglione is gone.

The dichotomy of the two Franks we see in episode one is striking, but also familiar. It mirrors much of his journey from the first season, but Bernthal is so masterful in balancing the two that we can’t help but dream that his days of murderous vengeance may one day end. That said, the violence is also the bedrock of the show, and when the s**t hits the fan, the premiere delivers. It is carnage—pure, unadulterated mayhem—and it sets the tone for what should be another amazing season.

Previous post RUMOR: New Details On ZOMBIELAND 2 Are Out!

Next post SHAZAM Director Points Out A Crazy, Practical Effect Shown In The Latest Teaser