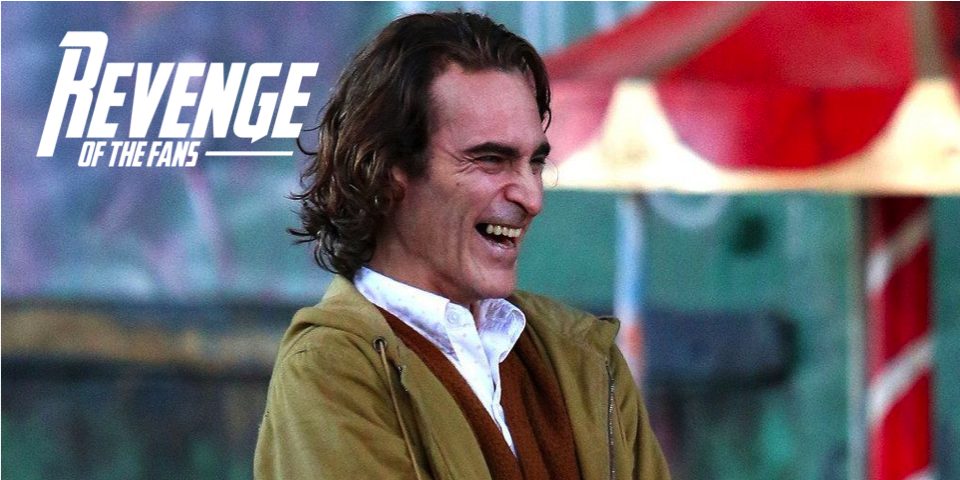 Remember that “Kaley Cuoco is voicing Harley Quinn” report I wrote up back in May that got confirmed two weeks ago? That came from gaining access to an industry-only cast list, not to be confused with the kind of thing one finds on IMDb. It’s a type of internal cast list seen only by people who work behind-the-scenes. And now I’ve had a chance to peer at one for Todd Phillips’ upcoming Joker movie, starring Joaquin Phoenix.

In doing so, there were two names that caught my eye: Justin Theroux and Dante Pereira-Olson.

Now, why do I find these names interesting?

Well, for starters, Theroux is a pretty big name these days. The star of HBO’s recently concluded series The Leftovers, has been all over the place these last few years. From the current buzzy Netflix series Maniac, helmed by Bond 25‘s Cary Fukunaga, to appearances in Duncan Jones’ Mute, the upcoming Bumblebee movie, and a deliciously random cameo in Star Wars: The Last Jedi, he’s becoming a very well known entity. So to see his name on the list without that being reported or listed elsewhere caught my attention.

I should note that these listings don’t include character names, which makes this kind of fun. It means we all get to speculate about who he’s playing in the film- assuming his name isn’t on the list isn’t some bizarre accident. Remember, I’m only reporting this as a rumor, so let’s take Theroux’s inclusion with a grain of salt.

As for Dante Pereira-Olson, what grabs my attention about the child actor appearing in Joker is his connection to Joaquin Phoenix.

He played a younger version of Phoenix’s character from You Were Never Really Here, which makes it seem like Phoenix took a shine to the boy while working on that film, and recommended him to Joker director Todd Phillips. And considering Pereira-Olson isn’t just some random child actor, seeing as how he’s a series regular on Happy! with Christopher Meloni and Patton Oswalt, you’d think he may have a substantial role to play in the film.

Purely speculating, my mind goes to one of two places:

A brief note on the track record of these internal, industry-only cast lists:

Aside from the Harley scoop, I also found out months before it was announced that Adam Brody and D.J. Cotrona were going to be in Shazam! However, I didn’t report those names because it seemed like an error. Brody and Cotrona were both going to appear in George Miller’s Justice League Mortal many moons ago, as The Flash and Superman, respectively. So I thought it was a strange coincidence, and that someone must’ve entered those names into Shazam!‘s cast list by accident. And yet, they’d later be confirmed for the DC flick.

And why did I think it was an error, aside from the Mortal coincidence? Because it was wrong once before!

Back in my Latino-Review days, a list from this same source claimed that character actor Clifton Collins Jr. was going to appear in Edgar Wright’s Ant-Man (yes, that’s how old this reference is). And that ended up being a mistake. Wright himself contacted me to say that was wrong, and- as we’d go on to see- Ant-Man would change an awful lot by the time it got to theaters under the direction of Peyton Reed instead of under Wright’s watchful eye.

Ever since that old Collins Jr. thing in 2014, I’ve had reservations about this particular source, but considering it was spot on with Shazam! and Harley Quinn this year, I feel comfortable sharing today’s Joker casting rumors with you, as long as you file it away as a mere rumor.

So now let’s get into the fun part: Assuming they’re in it, who do we think these two are playing?

Answer in the comments below, or let me know over on the twittuh!