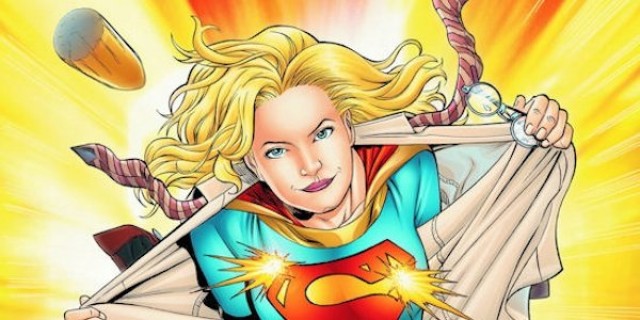 There are a lot of things going on behind the scenes of DC’s Movie Division right now. While there is a lot of uncertainty, one thing seems to be a sure thing: Women will fuel the future.

Wonder Woman 84 is filming right now. Birds of Prey is casting now. There is a script being developed for Batgirl, and Supergirl is looking for a director. We don’t know much about these projects, but a new rumor might suggests an intriguing detail about the upcoming Supergirl movie.

The Playlist suggests that the movie will take place in the 70s. While they do note that this can change (as can anything in the development project), it is indeed the plan to set it in a very far out era.

This works in a few ways. One, if things with Superman-actor Henry Cavill don’t work out, it’s okay because the setting of Supergirl wouldn’t warrant an appearance of her cousin.

It works also, because of the television show. Supergirl on the CW is not going away anytime soon. While they both can absolutely exist separately, making the movie a period piece can help the film carve its own identity. Audiences can handle it, but it makes it easier to explain to the casual viewers that these things are separate.

Orien Uziel is writing the script. The studio wants to hire a female director, and it seems that Reed Morano is the rumored front runner.

Furthermore, Discussing Film also adds that Kara will be a teenager in high school, half of the film takes place on Krypton, and that the villain will be Brainiac!

There is no word on who will play Kara, but we have some casting ideas if you’re interested.

There have been some criticisms to this news, in that the time frame doesn’t work. While Kara was always supposed to land before Clark, it wasn’t that far back. Well, Kryptonians age much slower, so the time frame can be tweaked a bit.

Next post SUICIDE SQUAD 2 Script Is Finished, Will Deepen The Characters