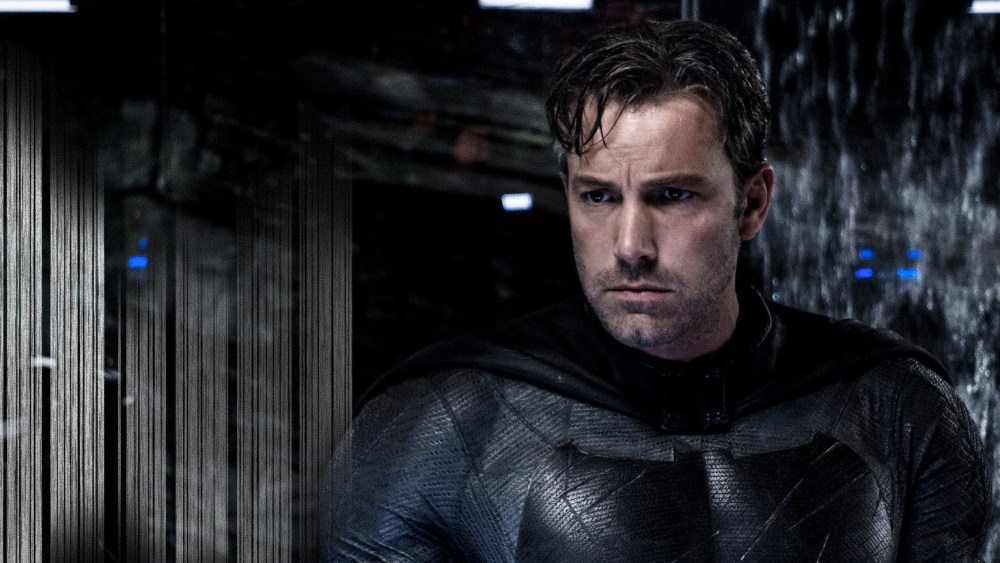 Before we go any further, I should give fans fair warning: If you love Ben Affleck’s portrayal of Batman and want him to stay onboard for more DCU films, you probably aren’t going to enjoy reading this piece.

Is everyone ready for the plunge now? Okay then, let’s begin.

For almost an entire year now, word on the street has been that Ben Affleck is going to retire the cape and cowl. While there’s been a fair bit of “Will He, Won’t He?” back-and-forth banter in the news, the general consensus is that Affleck won’t return to star in Matt Reeves’ The Batman. This has incited quite a bit of debates between reporters and especially amongst fans of the DCU, with arguments ranging from “Warner Bros. and Reeves need to do what’s best for Reeves’ trilogy” to “But Affleck would crush it if he starred in a proper Batman solo movie! This isn’t fair.”

Quite frankly, those arguments all have valid points to consider. But today I want to focus on an angle that I think the vast majority of us have ignored this past year, including myself: “What’s best for Ben Affleck?”

Personally speaking, I don’t think Affleck should return to the role. While it’s well-known that he’s a longtime fan of Batman, I think it’s a safe bet that Affleck prides himself far more as an acclaimed director and screenwriter. Think about it, Affleck won an Academy Award for Best Original Screenplay at the age of 25 with Good Will Hunting and then went on to win Best Picture in 2013 for Argo.

And what happened after Affleck became Batman? He had his first real dud as a director with Live By Night.

After spending a decade reinventing himself as an auteur, Affleck opted to follow the successes of Christopher Nolan and Robert Downey Jr. as both a filmmaker and an actor in the superhero genre. While his casting was initially controversial to some, there was always a fair amount of interest and hype among fans to see what he’d bring to the table as the seemingly inevitable director for the Batman solo movie. So much so that Batman quickly started to overshadow Affleck’s other directing project. And then the negative reviews started to flood in. Not just in his new superhero films, but now his own directorial work.

Speaking humbly as a currently broke college graduate with a Bachelor’s Degree in Film Studies who wants to eventually make a living as a professional filmmaker, my thought is that what Affleck probably needs more than anything right now isn’t Batman. He needs a new movie to direct. Something to channel out and exorcise all of the negativity that he’s had to deal with in his life over the past several years.

As far as I can tell, Affleck’s next directorial gigs are set to be a remake of Agatha Christie’s Witness for the Prosecution and also- possibly– a war film titled Red Platoon for Sony Pictures. The former property was previously been adapted to critical acclaim in 1957 as a “courtroom drama-meets-film noir” by legendary filmmaker Billy Wilder, while the latter film would be an adaptation of a memoir by Clinton Romesha, chronicling the Battle of Kamdesh in 2009. Frankly either potential project seems like they would be right up Affleck’s alley as a storyteller, given his history in making crime thrillers and biopics.

And while this next angle is probably unlikely to ever come into fruition, it might be worth keeping in mind anyway: Just because Affleck might be leaving the role of Batman right now, it’s not out of the realm of possibility that he could return to the Cape and Cowl in a later film. After all, Patrick Stewart and Ian McKellen reprised their roles as Professor X and Magneto in X-Men: Days of Future Past, despite having already passed the roles on to James McAvoy and Michael Fassbender in the ongoing prequel series. Stewart even came back a second time for last year’s critically acclaimed Logan to close the book on his take of the character.

ALSO READ: “Vacating The Cowl: In Defense of Ben Affleck“

Between that and Warner Bros’ current interest in DC films set outside of the DCU (such as the upcoming Joaquin Phoenix Joker film), perhaps Affleck could return to the mantle of Batman a few years from now in one of these Elseworld projects? Hell, why not give Affleck some time to get himself back on track and then approach him about helming and co-starring in a Batman Beyond film?

However, as things currently stand, I think it’s in everyone’s best interest that Affleck steps away from Batman for now. As someone who never saw a problem in the casting when news first broke out that Affleck had landed the role in 2013, I feel a bit conflicted in arguing that he needs to step away now, but it seems like the parties involved in making The Batman all need a change right now.

This is an opinion piece, and we’d love to know what your opinion is on all of this. Agree with Jonathan? Disagree? Let us (and him) know in the comments below! We love diverse opinions.

Previous post DOCTOR WHO: The First Teaser Is Here