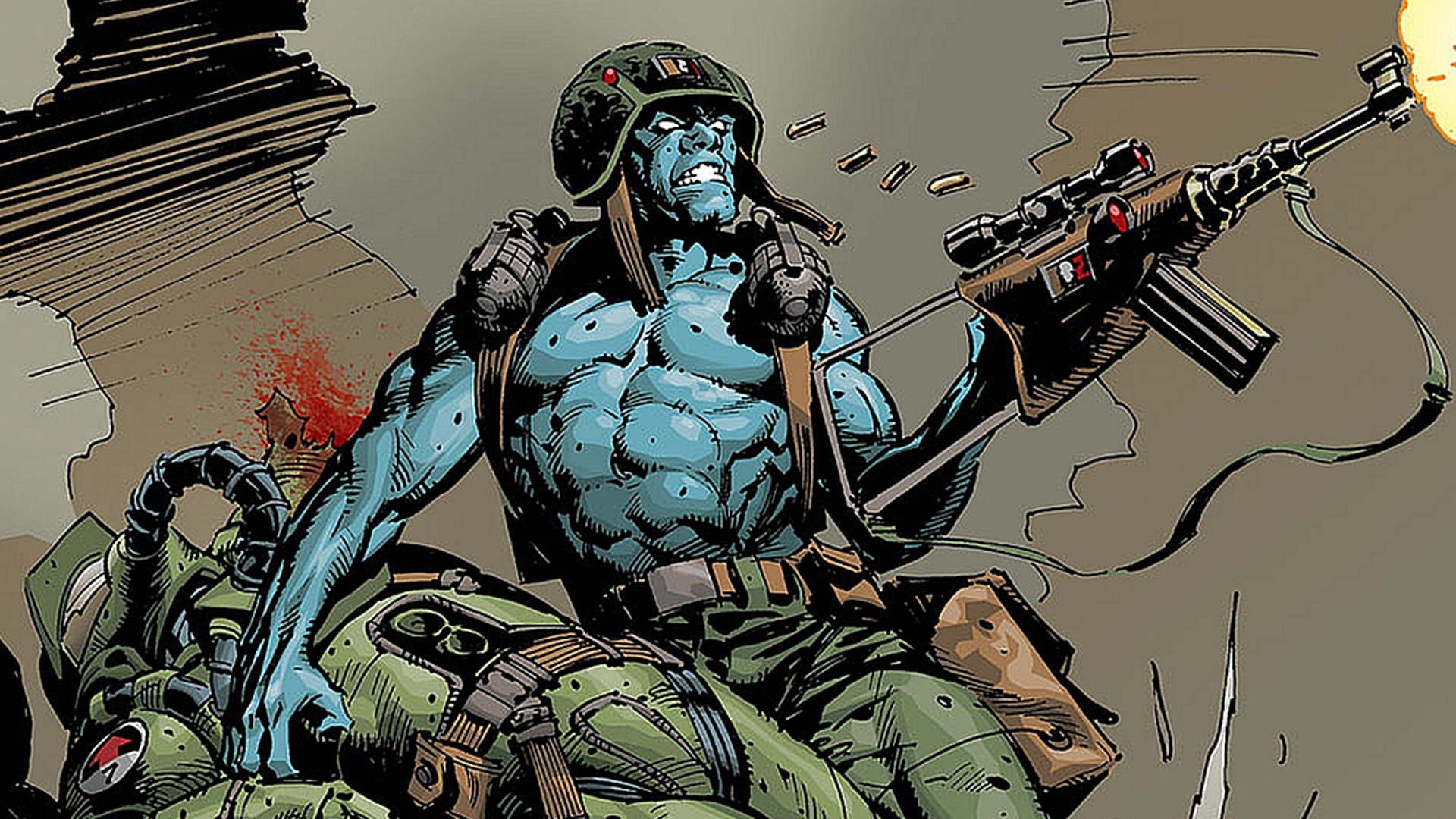 A few days ago, Moon and Mute filmmaker Duncan Jones hinted on his Twitter account that his next project would be a comic book adaptation of some sort. Now Jones has taken to Twitter again to shine a bit more light on what this new film might be. The follow-up tweet simply read “As promised…” and featured a short clip with Jones narrating his internal thought process over selecting his next film. The clip culminates with Jones taking off his hat to reveal a blue mohawk and ponder over characters from the 2000 A.D. comics, hinting that the project will be a Rogue Trooper film.

Dredd, another relatively famous comic film from the past several years, is also part of the 2000 A.D. lineup and received an extended moment’s worth of mulling over from Jones in his reveal clip before passing on the idea, stating, “Dredd was great… but no sequel. Pity.”

Gerry Finley-Day and Dave Gibbons’ original Rogue Trooper comics tell the story of a blue-skinned manufactured super soldier named Rogue participating in chemical and biological warfare on the planet Nu-Earth. Moreover, when a soldier dies in combat, their entire personality is downloaded into a biochip for later retrieval. Rogue finds himself carrying three biochips of his fallen comrades in the comics after a massacre takes place.

Next post RUMOR: STAR TREK 4 To Start Production In Early 2019?