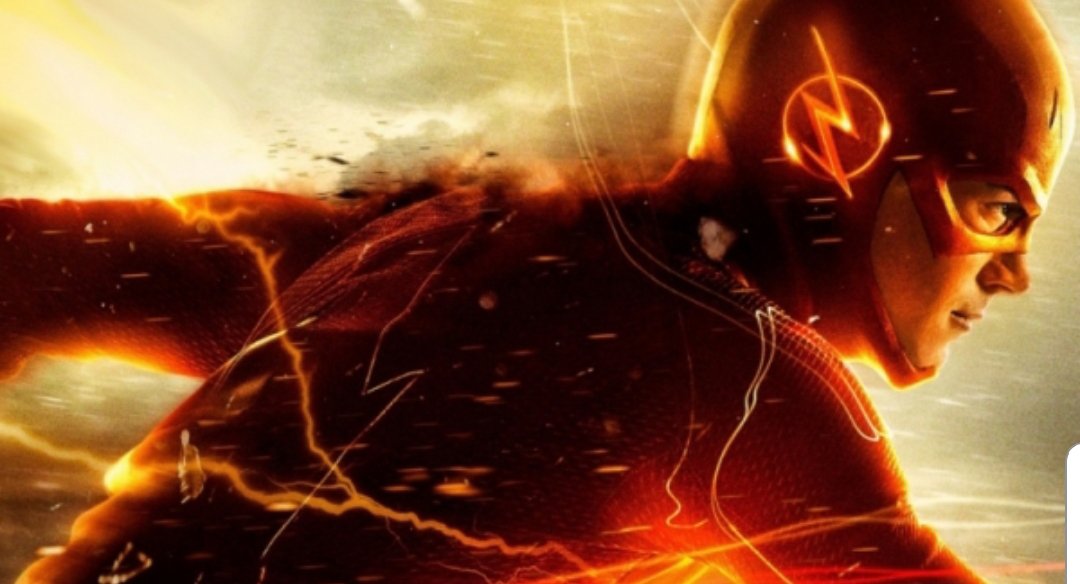 With only three months away until the premiere of season 5 of The CW’s The Flash, how about we tap into the Speed Force and gaze together into what the future may hold for the Scarlet Speedster and the host of interesting characters that enrich his world? My theory juices are boiling over and today’s topic has me filled with excitement, intrigue and wonder.

Last week I had the privilege of sharing with you my thoughts about who our “mystery girl”, Nora, truly is and who she will possibly become for the show. My take is that she will be The CW’s version of the superhero Impulse, which would be a gender-swap of the classic member of the Flash family, 9. In regards to what her arc during the next season will consist of, I would like to suggest that her storyline might use an unsolved mystery from the show a jumping of point. A mystery that has been present since the epilogue of the very first episode of this amazing show. As fans of the show, my fellow Revengers, you know that I am referring to the newspaper article from the future, which can be found in the Reverse-Flash‘s “Time Lair” at Star Labs. So, get ready, true believers, as we try to examine this interesting MacGuffin, it’s history throughout the show and how it might relate to Nora’s backstory for season 5 of The Flash.

From this lap on, beware of spoilers from all seasons of The CW’s The Flash up to now,

Ready to dive into the Speed Force?

Powerful headline written by a gifted writer with a familiar name. Revealed during the epilogue of the series’ very first episode, this article has hints at the role of time and travel and how its embedded into the world that the show was going to build. To this day, time as a theme continues to nurture storylines and with Barry and Iris’s daughter from the future as a series regular for the duration of season 5, it seems it will play an even bigger role this time around. Let’s begin by dissecting the newspaper headline: “Flash Missing. Vanishes in Crisis.”

If we just look at the headline by itself, one can speculate a number of reasons for this disappearance. Some comic book connoisseurs may suggest that this disappearance could be linked to a classic DC event like “Crisis on Infinite Earths”; but those that can find a hi-res version of the newspaper article, which I got lucky enough to find; could extrapolate in a different reason. The text alludes to a clash against the Reverse-Flash throughout Central City. The Flash, with the help of fellow heroes The Atom, Green Arrow and Hawkgirl, bring the battle to the 25th century speedster and do their best to keep civilians safe and from harm. Apart from the headline, these details of the newspaper sound a little generic, but the good stuff lies ahead. Towards the end of the snippet that we are given from the article, we receive a very interesting revelation via the author of said piece. The Iris from the future reveals that at the height of the encounter between The Flash and his Reverse, witnesses state that they are seen having an argument that leads to the Reverse-Flash disappearing at super-speed and The Crimson Comet not far behind. This is the exact moment when Barry vanishes.

What happens next? No one knows, but what is apparent from this puzzle piece is that The Flash vanished in pursuit of his greatest foe. One the more interesting theories about The Flash‘s disappearance is that the clash culminated in the past with the murder of Barry Allen’s mother, Nora. This particular theory is amazing, though a theory nonetheless for another time.

Even though we don’t know to this day were The Flash vanishes to, what we can deduce based on series knowledge about this disappearance is that this moment is considered a fixed event in the timeline. What I mean by this statement is that no matter what other events occur throughout The Flash’s life and despite certain alterations to the timeline; the Scarlet Speedster will disappear from Central City on April 25, 2024 in the midst of a battle with Eobard Thawne. The show has actually made a point of establishing this as a “Flash Fact” by allowing the written record of this event to survive its author. During season 3, we know that one of the major arcs consist of team Flash trying to find a way to prevent the death of Iris West by the hand of the villainous Savitar; which was foretold by an unexpected time-jump to that future moment. When the moment arrived to share that revelation with Iris; Barry uses the newspaper article as the point of reference for the change in her future.

Some comic book theorists suggest that Barry’s surrender to the Speed Force at the end of season 3 could have been the “Vanishes in Crisis” moment; but this cannot be. Why you might ask, because none of the conditions that distinguish that event were present. There was no Green Arrow, Atom, no Hawkgirl, no epic battle throughout the city; but more importantly, there was no Reverse-Flash. This means that his disappearance remains a legitimate mystery that is waiting to be explored and mined by the show’s writers. We know that some version of Barry is alive in the far future because he actually sends a message to the Legends from the year 2056, which means that he lives up to that point or arrives to that point in history. But since the final speculation about this message’s meaning is deduced to be a direct warning about Savitar and he has since been defeated; this future message has lot weight in this argument and since The Flash averted Iris‘ death, it is safe to assume that the hint from the future that deserves most of our attention still is the newspaper from April 25, 2024.

One of the bits that stands out to me about this information found in Iris’ article is that the battle between both speedsters reminds of one the most personal attacks by the Reverse-Flash on Barry Allen’s life, which is distilled from the pages of Geoff Johns’ epic “The Flash Rebirth’’ series. In the final showdown against his most dangerous foe, Barry races through time to stop Eobard Thawne from murdering Iris in the past thus erasing her existence from his life and memories. There are so many routes that this story could go, but more importantly it shows one of many creative ways that the Man in the Yellow Suit can still be used for powerful Flash stories.

Setting my love for the Reverse-Flash aside for a future edition, allow me share with you a fanfantisization about how the article can be tied to Nora’s backstory. I believe that the newspaper is directly related to Nora coming to the past. Bear with me, fellow Revengers. What if… after Barry disappears he never makes it back home? What if the last time that Iris sees Barry is prior to that epic showdown? What if Iris doesn’t get a chance to let Barry know that they are expecting? The answers to these questions might suggest that Nora was raised by a single mother that was over-protective of her daughter, who was born with a connection to the Speed Force just like her father. Filled with dreams of her father “the hero”, Nora yearns to follow in The Flash‘s footsteps, in spite that being a hero left The Flash without a trip back home. And as the years progress, young Nora hones her abilities in secret; until she finally rebels and travels to the past against her mother’s wishes because all she wants is to be met her father and the heroes from the past.

This sense of nostalgia is what drives her to help Barry at the end of season 4 and, as result, leads us right into the mistake that will fuel the plot of season 5. The possibility of that fated date playing a key role in the upcoming season in a manner such as this would be perfect. I am truly looking forward to seeing where this puzzle leads and I’m really excited for Nora’s character because of the potential and depth that it can pprovide to an already fantastic show.

There are still plenty of theories and concepts to explore, but for now let me know what do you think about the newest issue of The Final Lap. What is your theory about the event that leads to The Flash’s disappearance? Do you want this mystery resolved this season? Do you think it even needs to be resolved? Do you think Nora’s visit to the past will be related to the newspaper or something similar? Are you excited for her character in general?
Let me know what you think in the comments below or on twitter @LexanAlvarado, I’m really looking forward to know what y’all think! I know I am not the only one that enjoys getting lost in the Speed Force from time to time.

Till we meet again at the finish line,