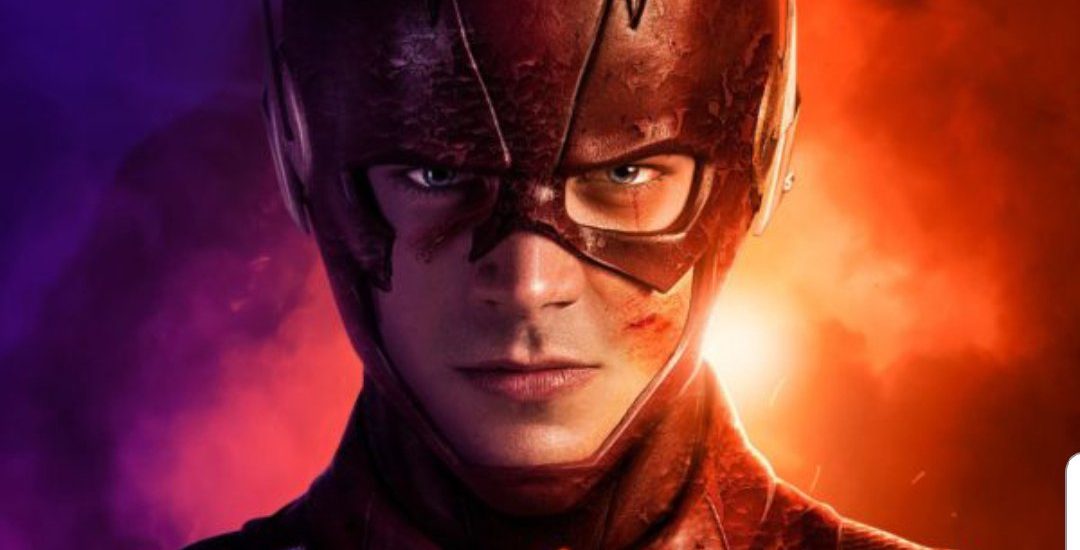 After an interesting fourth season, The CW’s The Flash has officially gone on a break till October, which is when all Arrowverse shows are traditionally set to return. Those that know me on Revenge of the Fans and social media know I love superheroes in general, but my favorite of all time is the Scarlet Speedster, The Flash (check out the birth of this passion here). It should come as no surprise that I am really looking forward to season 5 of The Flash. There were so many interesting ideas and characters that were introduced this last season, that my fanfantisization (trademark The Revengers Podcast!) treadmill is being fueled by the Speed Force itself! On this edition, I would like to focus on one character in particular that has been teased since episode 8 of Supergirl’s third season which was the beginning of last year’s epic Arrowverse crossover “Crisis on Earth X”. Ever since that episode, her cameos bled into the rest of season 4 The Flash as this “mystery girl” continued to draw more and more attention to herself as she interacted with team Flash at random. With the season finale of The Flash closing with the revelation of her identity; the character’s role on the show and who she will eventually become for the show are topics that have been driving me crazy.

Beware of spoilers from all seasons of The Flash from here on out.

You have been warned, my friends….

The first point that I would like to discuss is the mystery girl’s name: Nora Allen. Sound familiar? It should, it’s Barry’s mother’s name. It’s common practice in today’s culture for a child to be named after one of their grandparents; but that is not what stands out here. It’s the fact that in the comics, Barry and Iris’ daughter is named Dawn, not Nora. Not only that, she has a twin brother named Don, who she fights crime side by side as the superhero duo known as the Tornado Twins. Now, is there a possibility that they simply changed the name or that she is lying about her name to not divulge more future information and make “her mistake” even worse? Yes, its possible. Could we secretly find out later that Don is around, but is now a villain because of her mistake? Also yes. But I would like to think that the show’s writers and showrunners have a more daring twist in mind.

How about we recap all the information that has been revealed to us about her thus far. She is from the future, but we don’t know from which year. We do know that Barry and Iris were raised together and were classmates in school, so we can infer that they are of the same age which according to “Wikipedia” (not the greatest source, I know, lol) is 29 by the end of season 4. From her appearance, we could assume that Nora is about age 20-25 and if this is true, she might be from at least 30 years into the future. Now there is another important piece of information that needs to be considered when we attempt to try to guess her age. The newspaper article from the future. According to the article from the future that has been discussed since the beginning of season one of The Flash, our beloved hero disappears on April 25, 2024. This means that Nora would have had to be conceived in the years or months prior to Barry’s disappearance which would make our 30-year assumption reasonable. This leaves us with a 20-something year old daughter of Barry and Iris that has traveled from the future to the past for some reasons unknown.

Nora is a speedster. This means that she can tap into the Speed Force and use the innumerable abilities that are part of a speedster’s arsenal: super speed, being able to share speed force energy, the ability to throw lightning bolts, phasing through objects and the generation of a speed force aura that protects one’s body and those they come in contact while moving at super-speed. A very cool feature that they gave to Nora’s speed force aura is its color: parallel yellow and purple lightning which is a nod to Barry’s (yellow) and Iris’ (purple) lightning, which they each emanate when tapping into the speed force. The last of the many abilities that I have yet to mention is the ability to run through time a.k.a time travel. In our effort to understand who Nora is, this point is huge because it will open our eyes to the fact that she came from the future and to the possibility of her being able to run fast enough to break the time barrier. Did she come to the past via the Speed force or via time machine? Learning the answer to this question would allow us to understand what the extent of her abilities are. One of the craziest revelations, in regards to her connection to the Speed Force is the fact that she can write and understand the Speed Force’s language which was part of season 4’s expansion of the show’s lore. This skill set definitely makes her an invaluable asset to team Flash as they continue to uncover the mysteries of the Speed Force.

Another interesting tidbit that the show has done a really good job in laying out is her knowledge about the members of team Flash and their history. She appears at or after big events throughout season 4: Barry and Iris’ wedding, Ralph Dibny’s debut as the Elongated Man, Joe and Cecile’s baby shower among others. During one of these events is during the season finale. Nora intervenes by helping Barry destroy the satellite that was falling from the sky, which many theorize is related to the mistake that she has made. With that said, her smarts are not limited to history, but she Is presented as someone that is super brilliant in the science department as well. I am very interested in seeing her go toe to toe with Cisco and Caitlin at Star Labs.

Now that we have gathered the facts that have been revealed to us about Nora, run a lap with me as we speculate who I think she will become during season 5. While some believe that she is one of two twin daughters, my eyes someone else, something else.. Let’s recap: She’s a time traveler. She’s a speedster. She is incredibly smart. In most instances, we would find her to be this hyperactive person with tons of energy that gets uber-excited or nervous when she is around the members of team Flash. I don’t think that she is half of a different version of Barry’s twin children. I theorize that she is an original interpretation of a beloved member of The Flash Family.

I believe that Nora Allen is Impulse.

“Wait, did you just say Impulse? But isn’t Impulse Bart Allen’s (Barry and Iris’ grandson in the comics) alter ego.” Yes, you are right; but this wouldn’t be the first time that The CW’s The Flash changes the familial relationship of important characters. In the comics, Wally West has always been and still is Iris’ nephew, but on the show, Wally is her brother. Instead of re-introducing Bart Allen (who was played by Kyle Garner on Smallville) for a second time on the small screen, my theory is that the writers have decided to gender-swap Bart Allen for Nora Allen, alter-ego and all. Maybe she surprises all of us and she wears the visors when running that give Impulse his classic look (*goosebumps*). Now, why does this decision make sense? First of all, its interesting and original, but more importantly it works as a means to add variety and diversity to The Flash family on the show. Not only is Keiynan Lonsdale (Wally West) taking a break from the Arrowverse, according TVLine; but the actress that plays Jesse Quick, Violett Beane, has been cast as a series regular on a different show on CBS. Even though either them can return any time for cameos, just as John-Wesley Schipp guest stars as Jay Garrick/Earth 3’s The Flash, Lonsdale and Beane’s departure from the show means that we are down 2 speedsters. Therefore, when thinking about The CW as a network that is big on diversity, giving a female actress the role of a speedster as important as Impulse on The Flash makes perfect sense, specially if you are making the actress, Jessica Parker Kennedy, a series regular for the duration of season 5. What makes this theory super interesting is Bart Allen’s history in the comics. He evolves from Impulse to Kid Flash to actually inheriting the mantle of The Flash at some point. This would open the floodgates to explore even further ideas like The Flash family, The Flash museum among other very interesting and popular concepts of the show’s mythos that have been introduced since season 1.

I am very excited to see how Nora’s story plays out throughout season 5 and the dynamics that she will bring to team Flash. From a storytelling perspective, I’m looking forward to learning more about her character as her backstory is weaved into the drama of present day Central City. More that anything, how The Flash’s disappearance informs her motivations to make some of the decisions that she has made. But that is a race for another time.

Who do you think Nora is going to become? Do you think my fanfantisization’s are outrageous or are they reasonable? Do you think The CW will simply play it safe and do a version of the Tornado Twins or wow us with this original take on Impulse?

See you at the finish line, Revengers!

2 thoughts on “The Final Lap Issue #1: The Flash Season 5 Fantasization – ‘We Need To Talk About Nora’”

Next post AVENGERS: INFINITY WAR: Josh Brolin Talks About What Motivated Him to Play Thanos