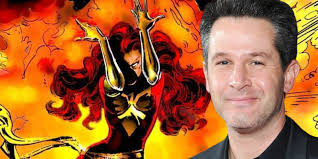 Movies are subjective. They always have been, and always will be. Every movie is somebody’s first movie. Every movie is somebody’s favorite movie. So it is difficult to deal in absolutes when talking about them. (Also, I am not a Sith Lord). But for all intents and purposes, Dark Phoenix was deemed “a failure.” Fans gave it a subpar B- CinemaScore. It’s got a 23% and a 43 on Rotten Tomatoes and Metacritic, respectively. And it’s bombing hard at the box office.

Personally, I didn’t enjoy the film. It was a mostly boring slog, that went through some very stale motions. I didn’t blame anybody. It just wasn’t my cup of tea. However, there is someone taking responsibility for it. Writer and director Simon Kinberg.

While appearing on a KCRW Podcast called The Business, Kinberg had this to say:

“I’m here and I’m saying when a movie doesn’t work, put it on me. I’m the writer/director of the movie, the movie didn’t connect with audiences, that’s on me.”

Look, that’s fair. If the movie was the best X-Men movie ever made, he would get all the credit, just like Christopher Nolan does for The Dark Knight. So why shouldn’t that work in reverse?

There were things plaguing the movie, such as reshoots to make it from go from a two parter to just one story. (Perhaps that’s why the pace and tone were all over the place…) They also had to change a few things, to avoid being too much like Captain Marvel.

However, there are movies that have done both of those things and been very successful. X-Men: First Class had a climactic fight scene in a spinning room, but was scrapped when the same thing was seen in Inception. Then there is Rogue One, which had extensive reshoots, that changed most of the third act of the movie. Both First Class and Rogue One came out great. So it is possible for a movie to overcome those issues and still be a fun ride, and a financial success.

In this age of pointing fingers, it is refreshing to hear Kinberg flat out take responsibility. Dark Phoenix being bad isn’t a huge deal in the grand scheme of things. Whether it was what it was or if it was the best superhero ever made, the X-Men franchise was getting a Disney reboot regardless.

If you enjoyed Dark Phoenix. That’s great. But a lot of people didn’t. Nobody is wrong. Film is always felt in different ways. So fly your Phoenix Phlag high. And let me know what it was you liked about it.

If you agree with me that it was an uneven slog, then light the comments up with what you think its biggest failings were. There’s room for every kind of opinion here at Revenge of The Fans, so let yourself be heard.

Source: The Business via Deadline

Previous post THEORY SPIRAL: Could NEW GODS Be a Continuation of the DCEU?