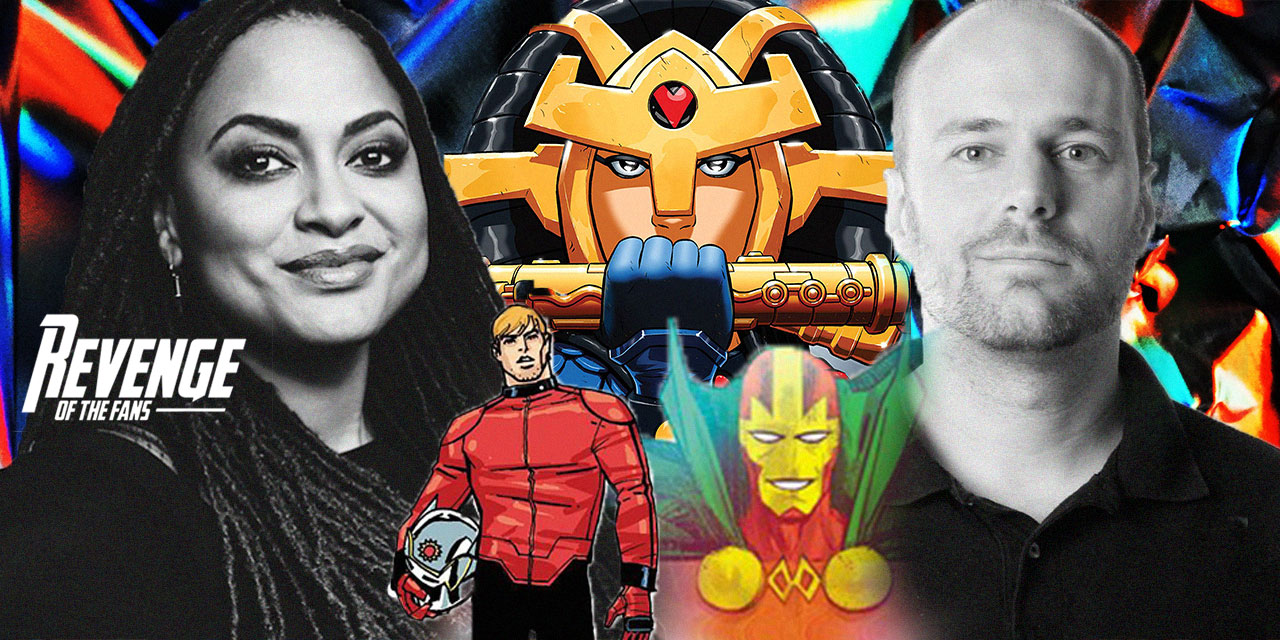 The DC Extended Universe has had a bit of a question mark over it in the time since Justice League opened to less-than-stellar box office results. While Aquaman and Shazam contained at least one reference to the shared universe, the stand alone Joker movie hasn’t received the special “black label”-like branding Warner Brothers originally discussed, signaling they may not be as concerned about distinguishing that as they were before. The Suicide Squad is being described as a “total reboot ”, despite a lot of the cast returning. It’s all but totally confirmed Matt Reeves’ The Batman will be a separate thing in and of itself (but could be merged down the line).

One of the most exciting projects in the DC pipeline is the adaptation of The New Gods from visionary director Ava DuVernay. It was recently announced that Tom King, writer of the twice-monthly Batman comic book series, would be helping DuVernay on scripting duties. In addition to his Batman gig, King wrote a much praised Mister Miracle book and has shown he is very familiar with Jack Kirby’s fourth world work.

“I’m working on a DCU movie now (New Gods with Ava DuVernay) and a secret TV show thing that hasn’t been announced,”

Last Thursday, I jumped on Twitter to speculate if King’s reference to the “DCU” was an indication it would continue the DCU Story. Of course “DCU” Is the official terminology for the shared universe as has been used by former head of DC Films, Geoff Johns:

And guess what? Tom King liked it.

I need to be extremely clear about something. I don’t know if this is King confirming my speculation. I have mentioned him in other tweets before, some praising his work on Batman, and he hasn’t liked them. So he’s not a guy who goes and likes every tweet he’s mentioned in. That being said he may like the speculation or that people are talking about it. It could be absolutely nothing, but I thought it was interesting none-the-less.

So let’s theory spiral a bit…

Like many people, Steppenwolf wasn’t one of my favorite parts of Justice League. I have always thought a New Gods movie could be a cool way to explore the fallout of Steppenwolf’s failure in the aforementioned film. Perhaps, in response to the threat posed by the Justice League, Darkseid commissions the Female Furies. One of the Furies is Big Barda, DuVernay’s favorite superhero. Perhaps Barda escapes when she realizes what Darkseid’s plan is and meets Mister Miracle and Orion along the way? Maybe they partner together to escape Apokolips, only to learn they need to face Darkseid?

It could make for a cool story. And it could redeem Justice League as one of the main criticisms of the film was Steppenwolf being a half-baked villain. What if New Gods clarifies Steppenwolf and Darkseid’s plans? Or what if it picks up on some of Zack Snyder’s unused designs and ideas for Darkseid himself?

If New Gods is indeed set in the current DCU, it would seem to dispel the notion that DC is intent on starting a new universe with The Batman and that current versions of the characters will be phased out and replaced with ones in The Batman universe. If this were the case, why would Warner Brothers and DC be looking to start new franchises set in the DCU?

There are two likelier scenarios. First is Reeves has free reign to replace any Batman elements in the DCU with the exception of Margot Robbie’s Harley Quinn. The second is that The Batman is indeed a separate universe and should they ever decide to do a team up again, they’ll figure out a way to bring Robert Pattinson’s dark knight into the fray using a really nerdy plot device. Of course, there’s always the possibility WB will let the audience make up connect their own dots.

Whatever New Gods ends up being, with talent like Ava DuVernay and Tom King behind it, it’s sure to be a worthwhile entry into the DC Film canon.

Stay tuned for all the latest news and theories, right here at Revenge of the Fans!

Previous post A HUNGER GAMES Prequel Film Is On The Way