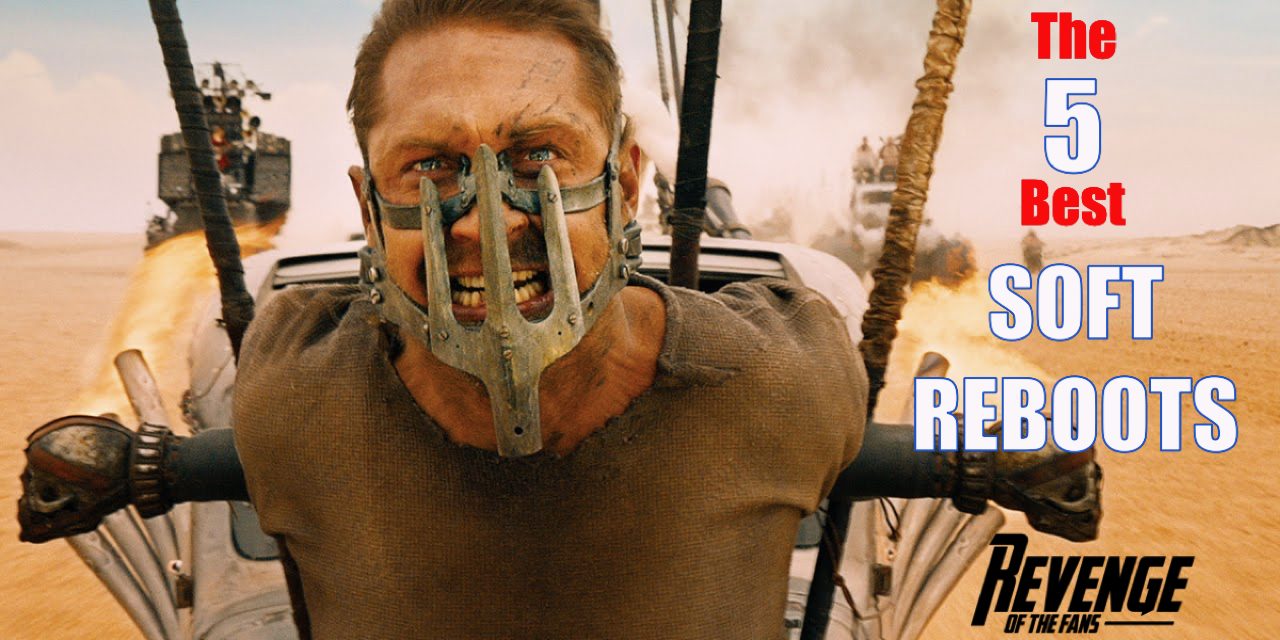 The reboot has been a staple of serialized storytelling for decades now. We see them in the worlds of comic books and television shows all the time. Whenever a chronology becomes too bloated, unruly and self-contradictory, sometimes the most sensible solution is to bulldoze over it all and start anew.

We’ve already talked about how the concept of the reboot has inveigled itself into the world of cinema. Yet, the term “reboot” has inflammatory connotations for some fans.

Take James Gunn’s upcoming film The Suicide Squad for instance. Earlier this month, the film’s producer Peter Safran (a DCEU alumnus who also produced Aquaman) courted controversy when we told JoBlo that the film would be a “total reboot” rather than a straight sequel to David Ayer’s original.

The news was the source of great confusion within the fan community. Especially given rumblings that Viola Davis’ Amanda Waller would be returning, as would Margot Robbie’s Harley Quinn and (maybe) Joel Kinnaman’s Rick Flag. The buzz around Gunn’s movie highlighted a common confusion that pervades in the industry around what is and isn’t a reboot.

If rumors are to be believed, Gunn’s movie will likely be a soft reboot. If so, it certainly wouldn’t be the first in cinematic history. A soft reboot may share a loose canonical thread with its predecessors. Maybe even a few returning cast members. Nonetheless a soft reboot usually represents a radical departure in terms of style, tone and authorial intent.

So… pretty much everything we can expect from The Suicide Squad, right?

In fairness, Task Force X’s revolving door roster of members lends itself well to this sort of treatment, but it’s not the only property that has been known to benefit from a soft reboot.

Join me, dear reader, as I lead you down memory lane, stopping off at some of the best soft reboots in cinematic history…

While technically a sequel to 1992’s Batman Returns, Joel Schumacher’s first trip to Gotham city is a picture perfect example of a soft reboot.

The film was radically different in tone, with new talent brought in both behind and in front of the camera. With the exceptions of Michael Gough as Alfred and Pat Hingle as Commissioner Gordon, the cast was completely overhauled led by Val Kilmer replacing Michael Keaton in the cowl.

While the events of Batman and Batman Returns are not necessarily contradicted, they’re certainly never alluded to, and the film plays perfectly well as either a sequel, depending on what your head canon wants it most to be.

While debate has raged for decades as to whether Batman Forever is a better film than its predecessor, it was certainly more warmly embraced by mainstream audiences than Tim Burton’s macabre fairy tale. Of course, WB execs learned all the wrong lessons from Batman Forever and the rest is history… But people tend to lump Batman Forever in with Batman & Robin and overlook how successful Schumacher’s first bat-flick was.

While my own feelings towards the film are somewhat mixed, it revived an ailing franchise and represents the first step down the tumultuous path that led to Batman Begins and The Dark Knight trilogy…

So, it’s a difficult film to stay mad at.

Next post Third WALKING DEAD Series In The Works at AMC!