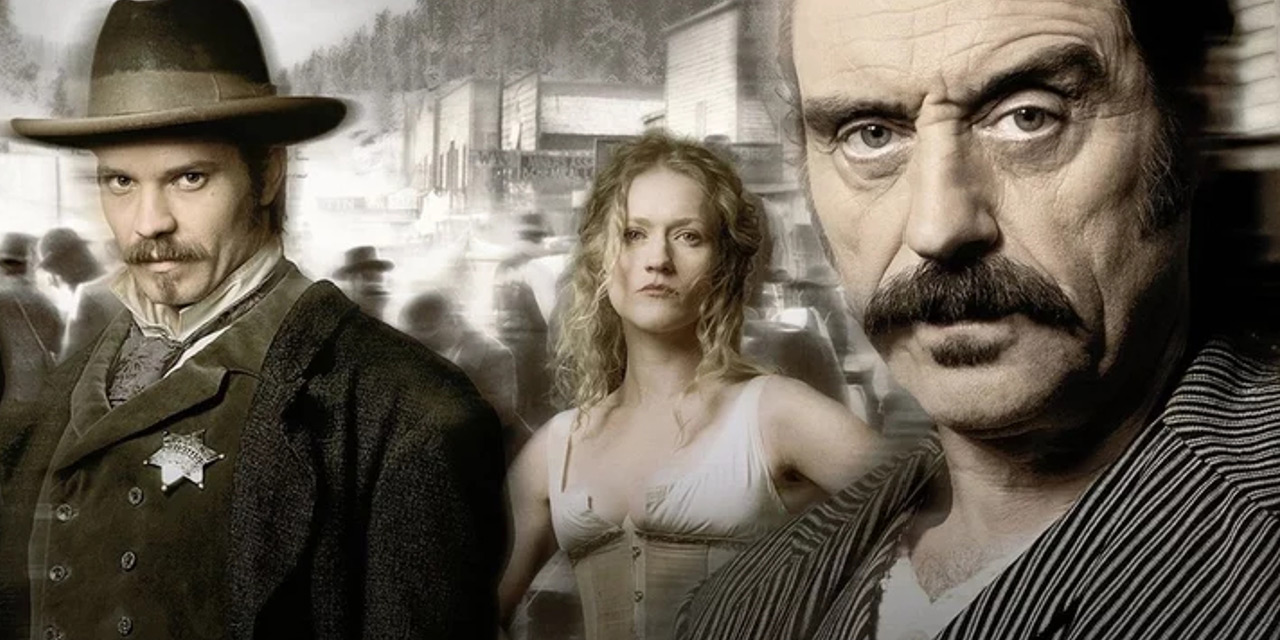 Before there was Westworld there was Deadwood, HBO’s western featuring real-life historical figures in the old western town of Deadwood in the Dakota Territory before it reached statehood as modern day South Dakota. HBO has released the trailer for Deadwood: The Movie. The trailer features Timothy Olyphant as Seth Bullock and Ian McShane as Al Swearengen in tense conversation interspersed with dramatic scenes from the upcoming film which also sees Molly Parker and most of the main cast from the series return. HBO will release the film on May 31st.

The film picks up a decade where the series left off in 1889 as the residents of Deadwood gather to celebrate South Dakota’s statehood. Carolyn Strauss the film’s producer described it this way in an interview with Entertainment Weekly:

“It’s about the passage of time. The toll of time on people. It’s mellowed some people and hardened others. And it’s about the town’s maturing and becoming part of the Union and what that event sets in motion, in a very personal way for the people that it brings in town and what ensues. The time has taken its greatest toll on Swearengen. He’s the person who really drove so much of the life of the town and there’s a sense of that power waning somewhat, and what ensues of that is a big part of the story.”

The original series was praised by critics and has a loyal fan base. Some critics have hailed it as one of the best TV series ever made. It received a small amount of controversy in the beginning because of its extensive use of modern profanity that critics argued wouldn’t have existed to the extent its used in the series in the mid to late 19th century. None the less, HBO released three successful seasons of the series and upon announcing the end of the show they promised there would be more Deadwood.

HBO is set to deliver on that promise when it releases Deadwood: The Movie on May 31.

Previous post THE MANDALORIAN: Waititi Is Voicing Someone…But Who?