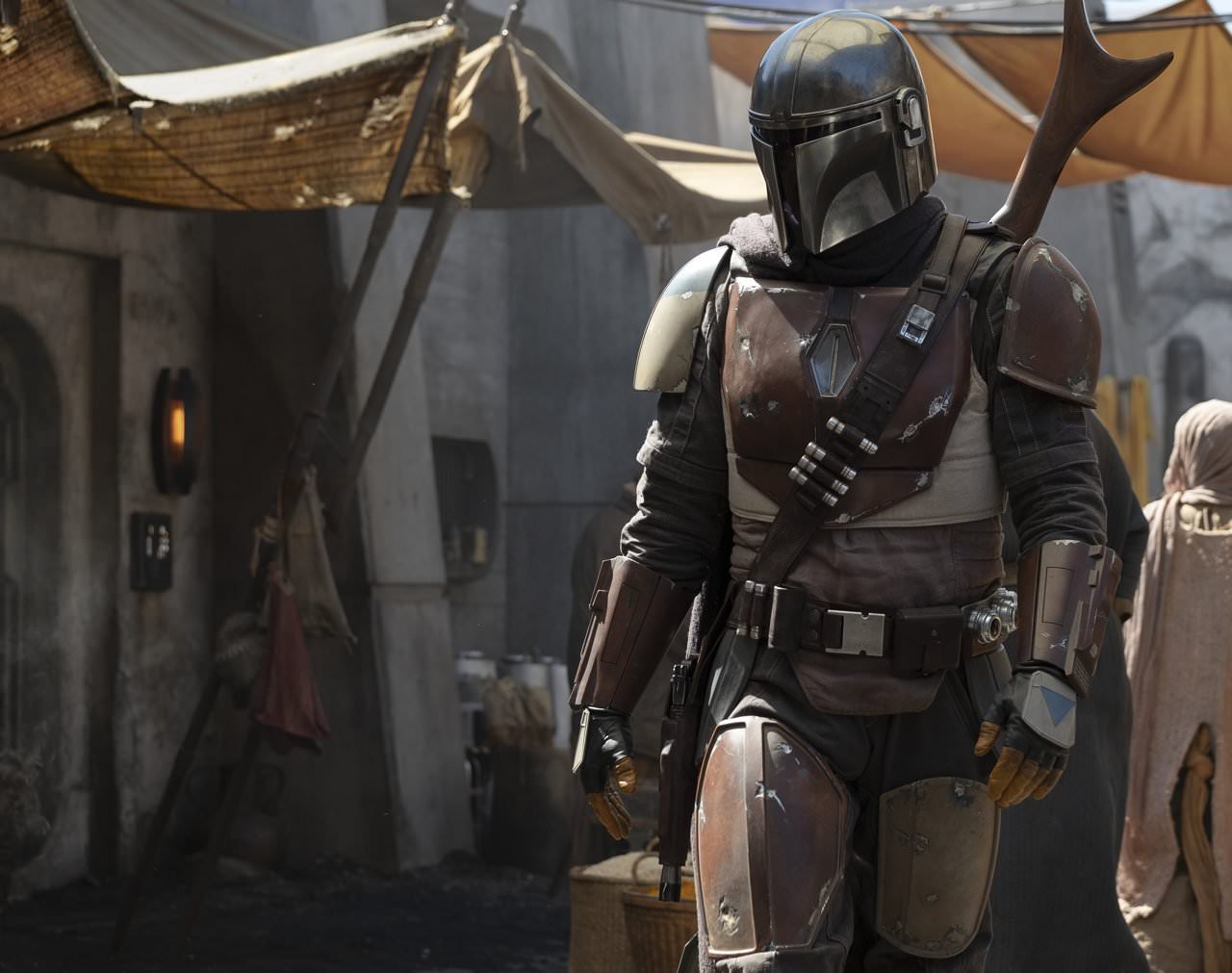 Taika Waititi has been scheduled to direct an episode of The Mandalorian since October of last year. He talked about making the episode recently at SXSW. Discussing Film reported back in October as well last year that Waititi would be having a role as an actor in the film as well with Bryce Dallas Howard, and for now, the Waititi part of their scoop has been confirmed. Jon Favreau, the showrunner for The Mandalorian released this photo on Instagram last night.

From the first look, it seems Waititi might be voicing famed robot bounty hunter IG-88. He’s got a Mandalorian helmet in front of him, painted a gold and red color versus the green one we see on presumable Pedro Pascal’s character in the main image we’ve seen released. Fans have been wanting to see IG-88 appear in the show, so it might seem they are getting their wish. It could be a different bounty hunter though, as the character has not been confirmed just yet. Waititi could also be voicing a character off screen though, and this could just be a ploy by Favreau to throw us off the trail.

Waititi is known for some awesome work, most notably for his MCU debut in Thor: Ragnarok, both as a director, and as the voice actor for Kron warrior Korg. He’s got a dry sense of humor, so it’ll be interesting to see how that comes off on whatever character he’s playing.

Previous post Netflix Is Developing A THREE MUSKETEERS Movie (With a Twist!)

Next post DEADWOOD: THE MOVIE Gets A Trailer And A Release Date!