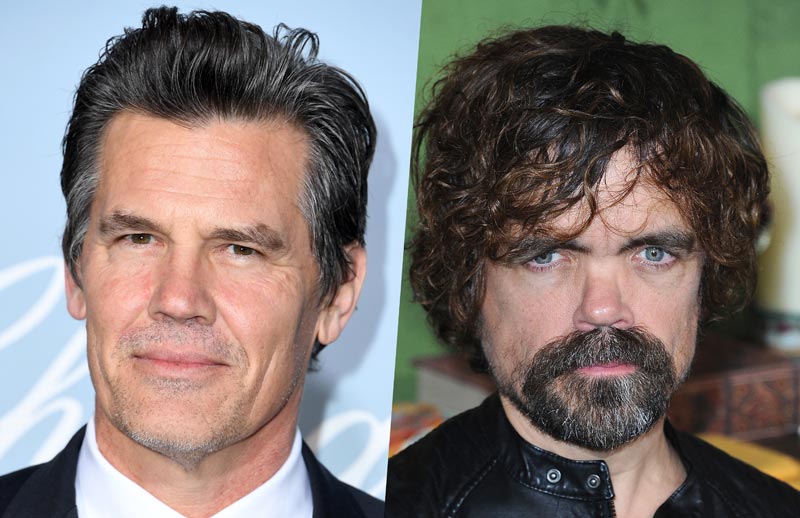 This is a tricky story. On the one hand, I’m a fan of both Josh Brolin (Sicario, Avengers: Infinity War) and Peter Dinklage (Game of Thrones, Elf). They both are skilled dramatic actors and can bring some great laughs when the role calls for it. I still remember Dinklage’s brief role in Elf after all these years, for instance. So when THR reports that the two are now set to star and produce together in a new comedy film simply titled Brothers with a script penned by the guy who once wrote Tropic Thunder, one would think that I would be chomping at the bit to see this movie. Right?

Unfortunately I worry that there appears to be a bit of a wrinkle in the mix. The film’s screenwriter Etan Cohen has some rather strong points in his resume such as the aforementioned Tropic Thunder and Men in Black 3, but his two most recent credits are for the critically panned Get Hard and the recent Razzie-winning Holmes & Watson.

However it appears that unlike those two films, Cohen isn’t currently set to direct Brothers, so perhaps another filmmaker might be able to find a good way to translate Cohen’s writing along with Brolin and Dinklage’s comedic acting together in a satisfying way on the big screen.

I worry that I might be acting rather rude to Cohen here, as the man does have an impressive resume as a screenwriter that ranges from shows such as Recess and Beavis and Butt-head to the ever-relevant comedy feature film Idiocracy. The man absolutely has talent, so whatever happens here, I just hope that the potential that this film has is done justice.

What do you guys think? Am I being too negative here? Be sure to share your thoughts below!

[Editor’s Note from MFR: “Jonathan, you’re crazy! I don’t care what Cohen has done lately. Brolin and Dinklage as mismatched brothers in a comedy that sounds like an update on Twins, from one of the minds that gave us Tropic Thunder? TAKE MY MONEY!”

Next post Prepare For A Bloodbath This September, RAMBO: LAST BLOOD Gets A Release Date