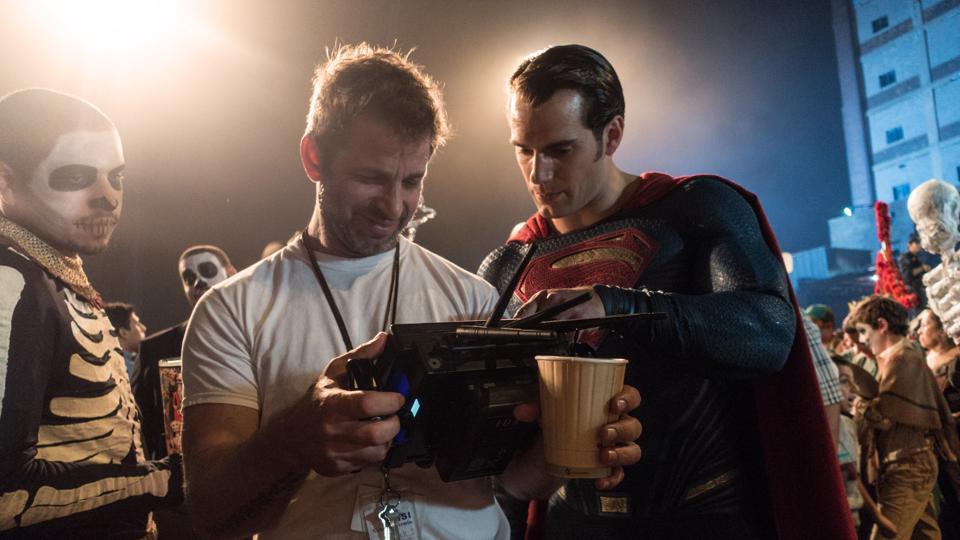 [This Report Was Originally Published On The El Fanboy Website On 12/1/17. Now That Revenge of The Fans Is The Home For My Exclusive Reports, I Figured I’d Bring It Home For Easier Perusual.

Before we get started today, let me preface this with something:

I have no horse in this race. In fact, personally, I would love to see the Zack Snyder Cut of Justice League released on blu ray. As a cinephile, I think it would be fascinating to see it, compare it to the theatrical cut, and figure out exactly where he and the studio butted heads.

I’d love it. So none of what I’m about to say comes from a place of “Screw Snyder! Screw you!” All I’m really doing is trying to be helpful. As a lifelong Superman fanatic who has spent literal decades in Kryptonian Limbo waiting for WB to get their acts together, I know what it’s like to be in limbo. The gap between Superman IV and Superman Returns was 19 years (with SEVERAL stops and starts on various Superman projects in the interim). The gap between SR and MOS was seven years. And don’t even get me started on the Richard Donner Cut of Superman II.

So I know what it’s like to wait and wait and wait for Warner Bros. to quit dragging its heels and just give me what I’ve been obsessing over. It’s like being in the Phantom Zone!

The internet’s hearts are currently aflutter with discussions about whether or not a “Zack Snyder Cut” of Justice League exists. I know there are plenty of people who’d like to see it if it, in fact, exists. And there are certain sites that are fueling that fire by promising their readers that such a thing exists and that it’s possible Warner Bros will release it if we all make enough noise.

The problem is: That’s not true.

Now, I’m not going to call these people liars. In recent days I have, perhaps, been too harsh when speaking about these folks so I’m going to walk back some of my recent comments. No, they’re not lying. What they’re doing is misrepresenting. Big distinction.

Last week, I posted a pair of tweets that actually got picked up and turned into stories by a few sites, and I wasn’t going to say any more on the matter, but here they are and now I am going to elaborate on them since this is still- apparently- a thing:

BREAKING: A WB Insider Has Confirmed That Only An “Assembly Cut” of Snyder’s #JusticeLeague Exists!

“Junkie score is not finished. There is SOME FX work completed. Snyder cut isn’t ‘unwatchable’ but it’s just Snyder- WB does not trust [his vision] anymore. Would cost millions.”

It’s essentially the same rough cut they internally screened earlier this year; The cut that led to the studio essentially taking the movie away from Snyder. It has sat, untouched, since February. They refuse to invest any more money or resources into that cut.

This Assembly Cut, aka Rough Cut, aka The Zack Snyder Cut, was shown to the studio earlier this year. It had progressed past the Initial Assembly phase, and had gone into the next one. Before we proceed, here’s a breakdown of the editing process on a film courtesy of WikiPedia:

Back in February, nine months prior to the release of the film, Snyder showed an early version of Justice League to the studio. It definitely wasn’t the third option (the Final cut) because the film hadn’t completed post-production, and was still nine months from its November release date. Upon seeing the rough Zack Snyder Cut, it’s been widely reported that the studio took major steps to change the film; Steps that included bringing on Joss Whedon to write- and eventually direct- a load of new material.

This means that Snyder’s version stayed in whatever form it was left in back in February.

Now, technically, that second cut (the Rough cut) counts as a movie. The scenes are all in the right order; It has a beginning, middle, and end; It has some effects and music; So, if you felt so inclined, you could sit down and watch it. But that doesn’t mean it’s done.

Anything short of a Final Cut would require resources.

The fact of the matter is, a Zack Snyder Cut would require:

Simply put: Warner Bros won’t foot the bill for any of that, and good luck trying to get the actors back for more filming.

Whether it would cost $5 Million, or $70 Million (as has been reported), the studio simply refuses to throw another dollar at this film. They haven’t even broken even on the version that’s in theaters, so why would they want to get further in the hole completing a version that’s going straight to blu ray?

Please keep all of this in mind when you read rumors that “a workable Zack Snyder Cut exists.” They’re not lying! They’re misrepresenting. The Rough Cut is, technically, a viable cut for all of the reasons I cited earlier, but it’s nowhere near a finalized film and WB is not going to invest any of what it takes to turn it into one.

​They’re thrilled to have moved on from the “old DCEU.” Why do you think Gal Gadot and Henry Cavill have been allowed to publicly refer to some of Snyder’s decisions as mistakes in recent weeks? Everyone has moved on from the idea that Snyder’s take was worth protecting.

Something startlingly similar to all of this happened back in 1978 when the Salkinds took Superman II away from Richard Donner. He had already shot a ton of it, as part of a massive shoot that was meant to include Superman I & II as a two-part epic, but then he clashed with the suits and another director was brought in to finish the sequel. It’s deja vu, I tell ya!

I waited around 25 years for The Donner Cut of Superman II. Ultimately, I got a cute, bizarre patchwork of a movie on DVD- One that combined Donner’s footage, Richard Lester’s footage, alternate takes, and some reconstituted footage from Christopher Reeve and Margot Kidder’s SCREEN TEST (Audition!!!).

​Listen, I understand where you’re coming from. You want that Snyder Cut, but the question is:

Are you ready to spend 25 years waiting for a gimped version of it?

[This Was The Original Conclusion of That Report. Below You’ll Find An Update I Wrote A Week Later At El Fanboy On 12/7/17]

Last week, I wrote about Zack Snyder’s Cut of Justice League. This week, I tweeted about an Extended Cut that Warner Bros. is mulling over releasing, along with a Superman Trilogy set that includes MOS and Batman v Superman: Dawn of Justice.

For the home release of #JusticeLeague, WB is mulling over packaging it as a #Superman Trilogy, alongside MOS and BvS. And here’s the kicker:

It would include an Extended Cut of JL.

It’d be an extended version of the theatrical cut. Not Snyder’s cut.

I’ve gotten several questions about this.

1. How much of an Extension are we talking here?

At this point, it’s too soon to tell. They haven’t started editing the Extended Cut yet, so there’s no way of knowing if it’ll 5-10 extra minutes of additional material, or something more substantial.

2. Will it be Snyder stuff or Whedon stuff?

As I said in the tweet, it’s an extended version of the Theatrical Cut– which means it could very well have more Snyder stuff! I’m sure that should excite some of you, and I hope it does. Because everything is fair game here. Any Snyder material that is deemed to enhance the film, will be included in the Extended Cut. Remember, the movie currently in theaters is a patchwork of both Snyder and Whedon’s work, so the Extended Cut will be more of that.

3. What about things like Darkseid and Superman’s Black Suit?

See, this is where the Snyder stuff ends. The material of his that absolutely will not be included is anything that outright contradicts the theatrical cut. That means that anything related to Darkseid will remain on the cutting room floor, for the simple reason that Darkseid is no longer the plan (as I outlined in this exclusive report).

Think about it. It would make absolutely no sense to continue dropping hints about Darkseid if there are currently no plans for him to be the antagonist in Justice League 2. Heck, there aren’t even any plans for a Justice League 2 at the moment! All of that team-up stuff, outside of Flashpoint, is in limbo now. It’s likely to happen someday, just not any time soon. Their focus right now is on giving us a few years of solo movies.

So including anything that sets up things that may never happen would be foolhardy. And you should be happy about that, because otherwise you’d end up with a bad case of cinematic blue balls!

When it comes to the black suit, that’s another thing we’re unlikely to see. Since Superman’s return was totally reworked, there’s just no place for it in the film anymore. It would only work if they showed us an alternate version of his rebirth, but that’s not what this is. This is an Extended Cut, not an Alternate Cut.

2 thoughts on “EXCLUSIVE: The Truth About The Zack Snyder Cut Of JUSTICE LEAGUE”

Next post EXCLUSIVE: WB Insider Thinks The Handling of Geoff Johns After JUSTICE LEAGUE Is An Injustice