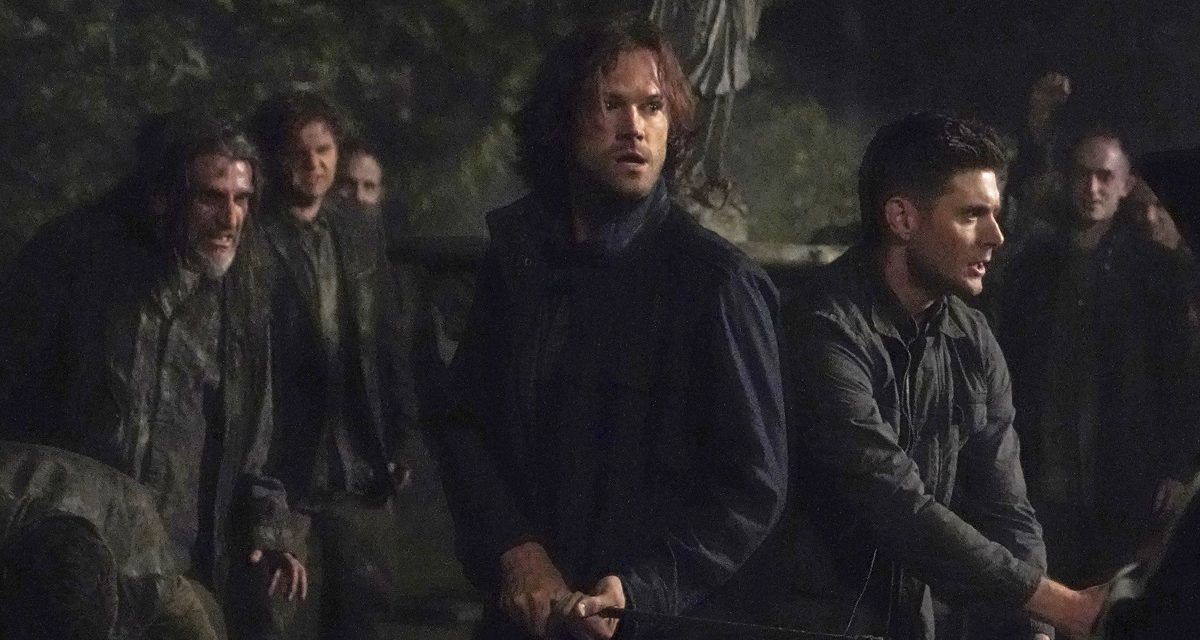 “Picking up where we left off last season, Sam, Dean and Castiel are left to defend the world after all the souls in hell have been released and are back on Earth and free to kill again.”

Supernatural Season Premiere ‘Back and To The Future’ Synopsis

Starting off the final season just right! For all of our Supernatural coverage, click HERE for our Road To The Final Season series. For now, here’s the review for the fifteenth season premiere of Supernatural, ‘Back and To The Future’.

‘Back and To The Future’ picks up right after the end of season 14. Our boys are in a graveyard, trying to recover after god became the villain. They’re surrounded by revitalized bodies, filled with souls from hell set free. This includes a demon, Belphegor, that possesses Jack’s (Alexander Calvert) body. This is devastating to Castiel (Misha Collins), Sam (Jared Padalecki) and especially Dean (Jensen Ackles). They raised him!

Belphegor adds a new dynamic to the relationship of all four though, with Calvert showing off his smart aleck side, and getting along with the Winchesters. This was a really cheap way to keep Calvert along for the final season, but it works out for the best. Calvert has chemistry with Collins, Padalecki, and Ackles, so I can see the benefit. But I do hope Jack returns at some point. Belphegor really reminds me of Crowley, and I thought it was him possessing Jack until Belphegor revealed his name. Though Crowley could be faking it!

There’s a ton of building done for the rest of the season. Everything opened in hell, including the cage. So Adam Winchester, the half brother host of Earth 1 Michael is out and about. All the ghosts of course. There is also still potential for Lucifer to return. Could we get the legendary archangel showdown hosted by the Winchesters?

It was fantastic to see ‘Back and To The Future’ filled with the Winchester’s fighting supernatural ghosts. It’s highly reminiscent of the earlier seasons. We even get some of the gut wrenching Winchester brother moments. Only gut wrenching, because this is the end. While this episode is strong, Supernatural has had stronger season premieres. I’m anxious to see who we get cameo wise this season. Crossing my fingers for Amara.

Supernatural season 15 is airing on The CW Thursday nights at 9 pm eastern! Let us know what you think of the season premiere in the comments below, or on Twitter, @revengeofthefans.