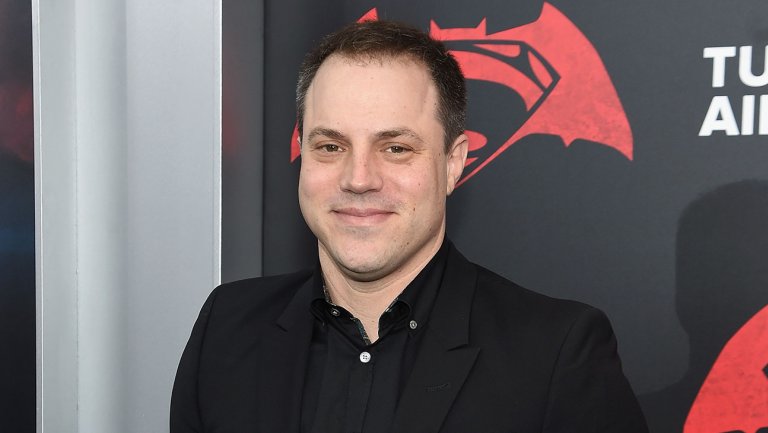 [The Following Was Originally Reported On The El Fanboy Website On 12/11/17. Now That Revenge of The Fans Is The Home For My Exclusive Reports, I Figured I’d Bring It Over For Easy Perusal.]

When Geoff Johns was officially named the President and Chief Creative Office of DC Entertainment in July of 2016, it capped off a feverish few months of behind-the-scenes shake-ups. The underperformance of Batman v Superman: Dawn of Justice at the box office, combined with the critical drubbing the film took and the so-so B CinemaScore given to it by fans, had left Warner Bros. rethinking everything.

Earlier that year they had lost faith in Zack Snyder as the unofficial creative architect of their ambitious DC Films Universe when BvS started testing poorly, and so they would eventually turn to Johns, who had done some great work alongside Patty Jenkins on Wonder Woman– which was now in post-production. At the time of his elevation in the DC ranks, Justice League was three months into principal photography. As outlined by the Wall Street Journal, one of the first things he was tasked with was tweaking the shooting script for the film. Executives didn’t want another BvSsituation, and Johns was asked to lighten the tone of the film and make it more palatable for fans than Snyder’s interpretations of these beloved characters.

It’s important to note that, up until this point, Johns had been kept at arms-length from Snyder’s two prior DC efforts. An insider told Vulture, back in September, that Snyder and the “current administration [at that time] didn’t care that much about what Geoff Johns thought” when he raised concerns about the portrayal of Superman in Man of Steel. The Vulture piece, which features plenty of quotes from Johns and Diane Nelson, describes a situation where he was marginalized during those early years, and points out that the only real example of what he’s capable of is Wonder Woman. He did uncredited work as a writer on that film, and cultivated a strong relationship with director Jenkins as they collaborated on what would be the greatest success in the DC Films Universe.

Justice League, on the other hand, was a somewhat thankless situation. He and Jon Berg were promoted within the DC Entertainment ranks once that train had already left the station, and they were asked to fix the engine without stopping the locomotive. With a release date that was fixed in place, a ballooning budget, and concerned executives breathing down their necks, they worked hard alongside Snyder to create something that would please everyone involved without the benefit of a production delay. It was a tall order.

At the time, I noted on LRM that the DC Films Universe was in a peculiar place. They’d installed a new hierarchy at DC Entertainment, yet we wouldn’t see a movie developed completely under the new regime until the end of 2018 when Aquaman comes out. This was in late July of 2016; Meaning that it’d be two years before we could actually see what a Geoff Johns/Jon BergBerg/Diane Nelson DC Entertainment can do. Prior to that, we’d have Suicide Squad (which opened a week after Johns was promoted, meaning he had nothing to do with it), Wonder Woman and Justice League, which were technically products of the old regime.My big questions at that time were: “How would SS, WW, and JL be received?” and “If one- or all three- of them falters, will Warner Bros. have the patience to wait until 2018 to see how Aquaman does before making further changes?”

Well, we now have answers to both questions: Suicide Squad was viewed as another creative low-point for DC Films, Wonder Woman was received beautifully, and Justice League was a box office disappointment that was only slightly better-received than BvS. As for the WB’s patience with getting past those films and firmly into the Johns/Berg era post-Justice League? If you believe what Variety reported last week, it’s virtually nonexistent.

According to the iconic industry outlet, the studio is once again making changes to the DC Entertainment hierarchy following Justice League– despite the fact that we haven’t yet seen a full-on production from Johns and Berg yet, and despite the fact that the closest thing we’ve seen of what that would look like (Wonder Woman) was a stunning success in every conceivable way. The report claims that Berg is moving on to produce non-DC films with a different partner at Warner Bros., and that Geoff Johns has- essentially- been demoted. While they note he’ll stay on as CCO, referring to his role as evolving and becoming more “advisory in nature” means he’s likely heading down the ladder.

At the time, I noted in a vlog with Bill “Jett” Ramey of Batman-On-Film that these changes seemed somewhat minor. Variety had noted that Berg had actually requested the move of WB President Toby Emmerich six months ago, and the mere fact that the studio wants to go back to being filmmaker-driven means Geoff Johns was always just going to be a glorified advisor anyway. So these changes seemed somewhat cosmetic and pointless to me.

But I reached out to my WB insider, and what they had to say turned my take on its head. They paint a picture of a staff that is pissed at the top executives for seemingly hanging Johns and Berg out to dry- particularly Johns:

“It’s higher up the ladder. Berg and Johns seem to be scapegoats, as all issues [with Justice League] were execs.”

That’s what they said last week, essentially pointing out that the executives that opted to rush Justice League into production rather than delaying it to retool things and thus forcing Snyder, Johns, Berg, and- eventually- Joss Whedon to “fix” it on-the-fly are the ones to blame. This week, I reached out for further perspective on the matter, now that the dust had somewhat settled. I pointed out my aforementioned take on the news, and that WB seems to be staying the course after they trotted out the same slate of films at a Comic Con in Brazil (CCXP) this weekend that they had at SDCC last summer.

The insider begged to differ.

Regarding the slate discussed at CCXP:

“Just marketing. It’s all booked in advance. The PR side is push-forward. They can’t go to an event like that and say ‘It’s all f*****d!’ It’s a bit of a cluster right now.”

On the hierarchy shakeups:

“People are upset about Johns and Berg. That came out of nowhere.”

Johns, in particular, has become a very sympathetic figure behind-the-scenes:

“The rollover of Johns is messed up. I think it’s just a lot of us were pulling for Johns to be ELEVATED in his role [post-Justice League], and this kind of came out of nowhere. Kind of putting the blame on Johns when it really was an executive issue.”

There’s hope that Berg could eventually lend Johns some protection at the studio, since his move seems like more a lateral one than a demotion. Emmerich seems quite high on Berg, as per what he told Variety. So there’s a chance Berg could stick his neck out and make sure Johns doesn’t slide too far down in the power rankings at DC Entertainment.

We shall have to wait and see. For now, it’s looking like the wrong person has been scapegoated, and it’s painfully obvious- both to people who worked on the film, and to anyone who’s been paying attention.

I discussed this matter on episode 42 of the El Fanboy Podcast, and I’ll be working on digging deeper these next few weeks as things continue to evolve.

Maybe if we make enough noise, we can help Geoff Johns get a fair shake. You can make your voice heard by sharing this report, tweeting @WBPictures that they’ve blamed the wrong person for Justice League‘s failings, and shining a spotlight on this injustice.

On our own, we’re just individuals shouting into the void. Together, we are legion. Let’s make them hear us!

One thought on “EXCLUSIVE: WB Insider Thinks The Handling of Geoff Johns After JUSTICE LEAGUE Is An Injustice”

Previous post EXCLUSIVE: The Truth About The Zack Snyder Cut Of JUSTICE LEAGUE